Bennington Bookshop, Vermont’s oldest independent bookstore, has been sold to Phil Lewis and Linda Foulsham. On March 2, the couple bought the business from Ellen and Richard Havlak, who are retiring after 35 years at the helm of the community institution. 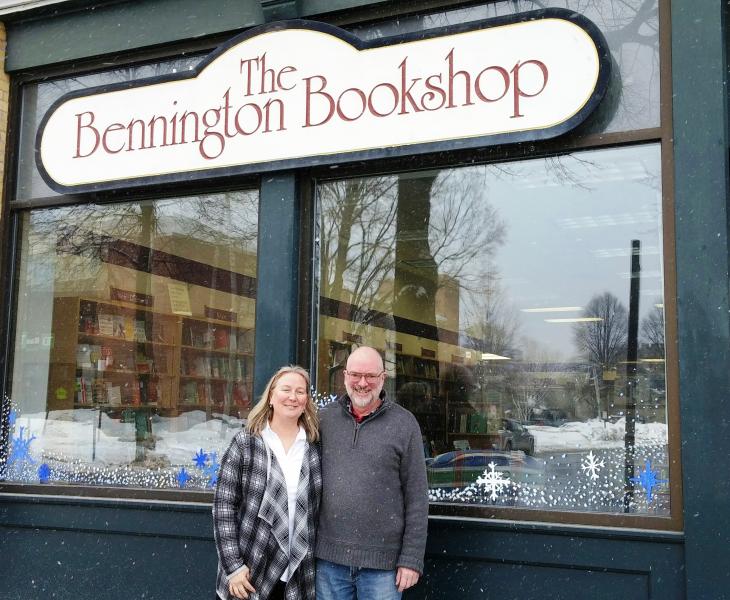 “We are so pleased that we have been able to sell a bricks-and-mortar store in this digital age. This is a win-win-win situation: great for us, great for Linda and Phil, and great for the town of Bennington,” the Havlaks  shared on Facebook. “What we will miss the most is meeting people like you and making personal connections with folks from all over the world.”

Lewis and Foulsham, who met and lived in Australia for several years, are bringing their experience from the opposite part of the globe to Bennington after a years-long search for the right place to open their own store. Foulsham’s background includes work at two Cambridge, Massachusetts, bookstores as well as two stores in Australia, and Lewis recalls spending every cent of his hard-earned money at bookstores as he was growing up in Great Britain.

A few years ago, the couple moved from Australia to Boone, North Carolina, with the goal of opening their own bookstore.  In preparation, they attended an “Owning a Bookstore: The Business Essentials” workshop, facilitated by Mark Kaufman and Donna Paz Kaufman of The Bookstore Training Group of Paz & Associates.

“We tried for two years to open a bookstore in Boone, but we just didn’t find the right place. So we started looking for bookshops that were for sale,” said Lewis. When Bennington Bookshop was put on the market in New England, “we thought this would be just the thing for us.”

The couple is still in the process of completing their move to Bennington, but Lewis is already pleased with the diversity of customers at Bennington Bookshop. “One thing I’ve noticed and really like is the age range of people coming into the bookstore:  schoolchildren, high-schoolers, college students, right through to pensioners. I didn’t think there would be so many young people. That’s the future, so it’s really, really promising,” said Lewis.

While Lewis and Foulsham have some thoughts about how they’ll change and improve the bookstore, Lewis recognizes the hard work the Havlaks put into supporting the local community and maintaining a deep connection with the store’s customer base. “We hope to continue to play that role in the community, as well as expand the accessibility of the bookshop by having a vibrant online presence,” said Lewis. 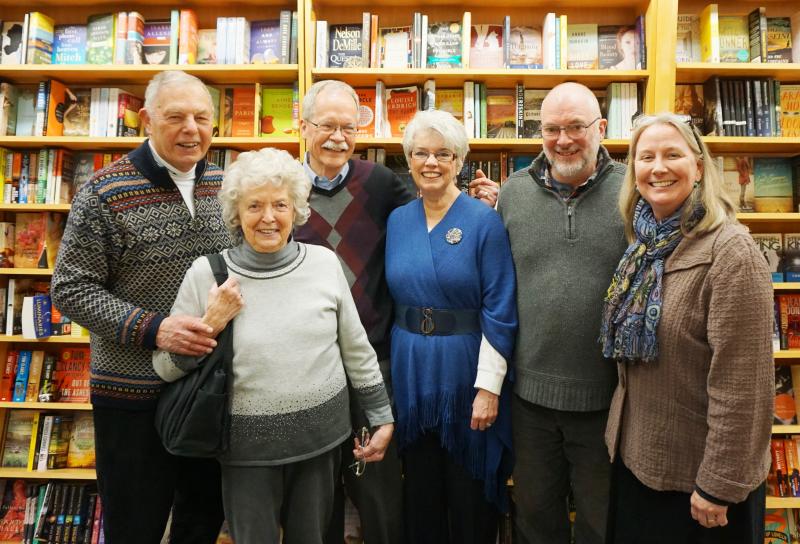 A March 6 open house gave customers old and new an opportunity to say their goodbyes to the Havlaks and warmly welcome Lewis and Foulsham. “It’s still the early days, but we have had so many people come into the bookshop to welcome us to Bennington, congratulate us on our purchase, and wish us the very best in our endeavors. We feel very welcomed here,” said Lewis. “I think a big piece of it is that people are really happy that the bookstore is continuing.”