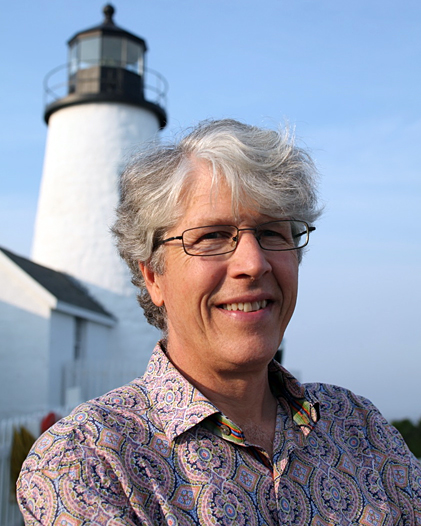 Author Douglas Preston, the organizer behind Authors United, has received largely positive feedback following the group’s July 13 appeal to the Department of Justice (DOJ) to investigate Amazon for its “abuse of its dominance in the world of books.”The Authors United request to the DOJ was supported by the American Booksellers Association, which sent its own letter to the DOJ, as well as by the Authors Guild and by the Association of Authors’ Representatives.

Authors looking to show their support for Authors United’s appeal to the DOJ can add their signatures to the letter by contacting Preston via e-mail.

Here, Preston tells Bookselling This Week about the reasons behind the group’s appeal to the DOJ and the feedback he has received from the book community to date.

Bookselling This Week: Why do you think there is such overwhelming support for the Authors United appeal to the DOJ among booksellers, authors, and author reps?

Douglas Preston: Amazon has used its dominance of the book market in ways that harm the interests of America’s readers, impoverish the book industry, and hurt authors. By interfering with the sales of books, Amazon deeply alienated many authors whose careers were damaged. By free-riding on bookstores, and by selling millions of books below cost to acquire customers for other lines of business, Amazon put hundreds of neighborhood and community bookstores out of business. How can bookstores compete with a company that sells books at a loss, to acquire customers with “good demographics” in order to sell them other stuff, like TVs and diapers? By extracting an ever greater share of the cost of a book from publishers, Amazon has reduced the amount of funds available for publishers to take risks with new authors or controversial ideas, which has silenced many voices.

It’s important to point out that Authors United is only part of this broad initiative. The Authors Guild is a full partner in this effort (I’m on the board of that organization). The Guild — the staff and council — provided crucial help with legal advice and drafting the letter. We worked together on this for almost a year. ABA and its CEO, Oren Teicher, have also been fantastic and effective supporters.

BTW: Since Monday’s announcement, what kind of feedback are you receiving?

DP: We’re getting overwhelmingly positive feedback from authors and booksellers. Out of maybe 700 e-mails I got [on Tuesday], I did get one nasty one, from Amazon champion Hugh Howey, who called me “disgusting” and “sad” and “bonkers.” That relieved me; I was getting worried that the usual critics were staying so quiet.

BTW: How is the landscape of the book business different for readers, publishers, and authors in today’s world, compared to when you first entered the scene?

DP: There have been huge changes, and many for the better, particularly from new technologies in electronic publishing and retailing. We’re not Luddites against technological change, as some Amazonians would have you believe. But new technologies can become instruments of monopoly and reduced competition if our laws and regulations fail to prevent the concentration of power they make possible. One set of rules can ensure that a new technology promotes competition and diversity in the marketplace. A different set of rules can allow a single firm to wield that same new technology in ways that amass profit, control and power in itself. This is what is happening with Amazon.

BTW: How do you respond to critics who say that Amazon is simply a successful model of free-market economics, of ongoing business evolution, at work?

DP: Amazon is indeed a successful company, convenient for consumers, and it presents a friendly face to the public. It’s hard for people of good will to see past that to the real issue: There isn’t a single instance in American history where a vast concentration of power in a single corporation has been good for the American consumer. Never in American history has a private corporation achieved monopoly control over a vital marketplace of information — not in telegraph, radio, newspapers, television, or (most recently) the Internet. This is deeply troubling, even if the corporation in question were benign.

BTW: In what ways does Amazon fit the role of a monopoly or a monopsony? What are some examples of how its actions have affected the free flow of information?

DP: Amazon’s share of the book market is about what Standard Oil’s was in the petroleum distribution market before it was broken into 34 companies. It is a monopoly by any standard. To pressure publishers over the past 11 years, Amazon has abused that immense market power. It has blocked and curtailed the sale of millions of books by thousands of authors. As the New York Times documented, Amazon appears to have engaged in content control, selling some books but not others based on the author’s prominence or the book’s political leanings. Amazon, by retaliating against those who oppose it, has generated a level of fear among authors that I have never seen in all my 40 years in publishing. Taken together, this has affected the free, vigorous, and unfettered flow of information in the book market.

BTW: Do you think the United States’ new attorney general, Loretta Lynch, will change how the Department of Justice looks at Amazon and its business model in the book industry?

DP: Yes, I do. I have a lot of admiration for her and I believe she will take a fresh look at some of these issues that were neglected by her predecessor.