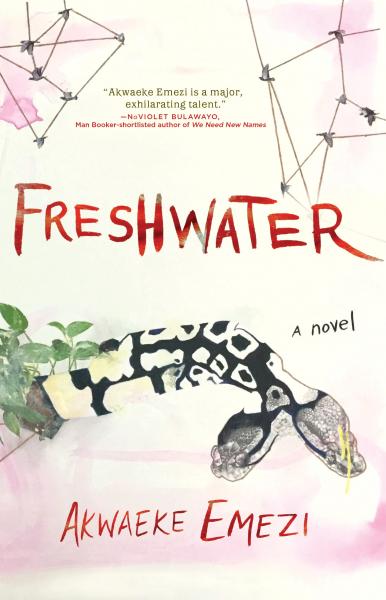 Akwaeke Emezi is the author of Freshwater (Grove Press), an Indies Introduce Winter/Spring 2018 selection and a February 2018 Indie Next List pick.

“In Nigeria, it’s believed that spirits can be trapped in the body of a single person at birth, here in the flesh but ‘streaming’ out and into the ‘other’ world. Such is the reality of Ada, born of flesh-and-blood parents, yet displaying chaotic behavior even as a baby,” said Linda Bond of Auntie’s Bookstore in Spokane, Washington, who served on the panel that selected Emezi’s novel for the Indies Introduce program. “This is a disturbing debut from the mind of a bright star in the firmament of writers. Read this and have your mind reshaped. You’ll never forget Ada and her story.”

Emezi, who grew up in Nigeria, is a video artist as well as a writer, and holds a master’s in public administration degree from New York University. Her experimental short film UDUDEAGU won the Audience Award for Best Short Experimental at the 2014 BlackStar Film Festival, and her video art in her project The Unblinding earned her a Global Arts Fund grant in 2017. Her writing has appeared in Granta, on Vogue.com, and in The Fader’s “Best Culture Writing of 2015,” among other publications.

Linda Bond: You chose a unique topic on which to center Freshwater. In your acknowledgements, you mention a friend — Enuma Okoro — who encouraged you by saying, “Oh, you have to write the spiritual book first!” In addition to providing a great story, did you have a particular reason for choosing this topic to write about in your debut? 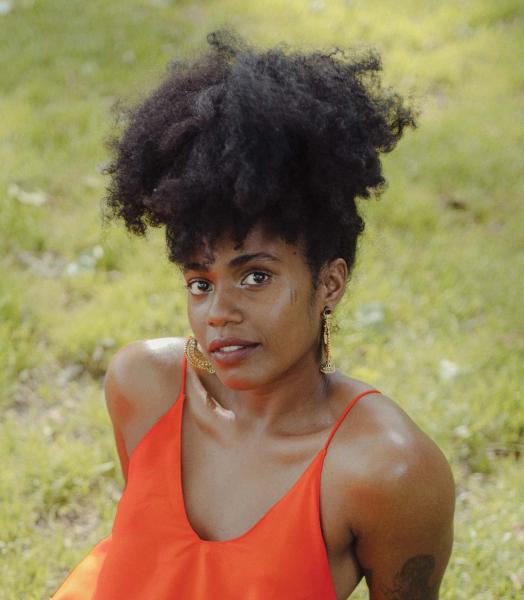 Akwaeke Emezi: Enuma and I met at the 2014 Callaloo Creative Writing Workshop at Brown University, and in one of the opening speeches, someone — I can’t quite recall who — said, “You only get one first book, one first impression.” I had other stories I could’ve written for my first book, but they were all the safe options. Freshwater was terrifying and I deal with fear by running toward it, so I knew if I was going to make a first impression, it wouldn’t be by running away and playing safe.

LB: Although this is a novel, there are indications that the content is partially autobiographical, or at least drawn from your own knowledge of Nigerian spirituality. Have you thought about what some people may think about you as a result of this book?

AE: I honestly hadn’t considered it seriously before now. What people think is an aspect of their own reality; there’s no need for me to internalize it and bring it into mine.

LB: Over the last half century in the West, there has been a growing interest in the religions and spiritual belief systems of other cultures. Do you see Freshwater as something to be included in that body of metaphysical work?

AE: I’m not sure. I could see it being categorized as that, but there’s also this pattern of work by African or Black writers being considered representative of the entire culture, a responsibility that white writers don’t experience in the same way. I’m also learning that once a book is released into the world, people will place it as they like, often regardless of what you as the author say, and that’s something I’m accepting as beyond my control.

LB: There are many ways Freshwater could be interpreted. Do you have any comments about this potentially wide range of responses to your work?

AE: I think it represents a variety of lenses that come with multiple realities inhabited by multiple readers. Everyone has their own center, you know? I’ve made a point of unequivocally stating that Freshwater is a story centered in Igbo reality, but not every reader can or wants to step away from their center and accept the center of the story. What’s that thing they say? Once a book is out, it belongs to the readers, not the author? Something like that.

LB: Will you follow your debut with additional books on this topic, or have you chosen a different road for your next project?

AE: Ah, no. My literary projects after Freshwater are fiction, but I get to veer away from the autobiographical, which is a welcome relief. I do more work around being an ogbanje in my video art, though. My first YA novel, Pet, is coming out next year from Make Me a World, Christopher Myers’ imprint in partnership with Knopf Books for Young Readers, and that has speculative elements that I’m quite excited about.

Find out more about the author at akwaeke.com.