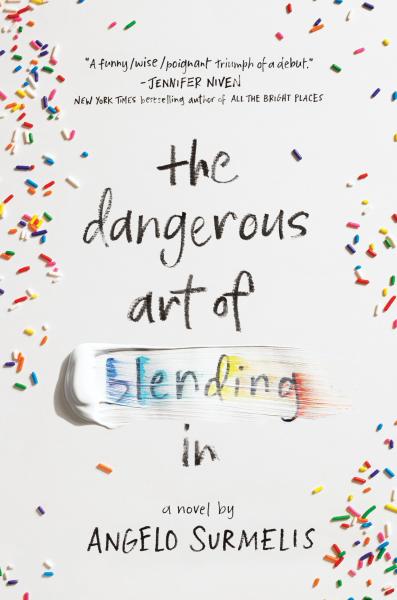 Angelo Surmelis is the author of The Dangerous Art of Blending In (Balzer + Bray/HarperTeen), a Winter/Spring 2018 Indies Introduce debut title for young adults and a Winter Kids’ Indie Next List pick.

“Some writers manage to tell difficult stories with all the humor, joy, and romance of real life — John Green, Rainbow Rowell, and now Angelo Surmelis,” said Christie Olson Day of Gallery Bookshop & Bookwinkle’s Children’s Books in Mendocino, California, who served on the Indies Introduce panel that selected Surmelis’ debut. “The Dangerous Art of Blending In is a pleasure to read, even as it goes to dark places with Evan, a 17-year-old son of Greek immigrants whose everyday life is full of secrets, conflict, and fear. I missed the characters once it was over, and can’t wait to read what’s next from Surmelis.”

Angelo Surmelis was raised in Greece until he immigrated to Illinois at the age of five. He currently lives in Los Angeles. An award-winning designer, Surmelis has been featured on over 50 television shows, including the Today show and Extra, as well as in magazines such as InStyle, TV Guide, and Entertainment Weekly.

Here, Olson Day and Surmelis talk about his debut.

Christie Olson Day: In The Dangerous Art of Blending In, Evan Panos keeps secret journals, and goes to great lengths to hide them. Did you keep journals as a teen? If so, did it feel dangerous to you? 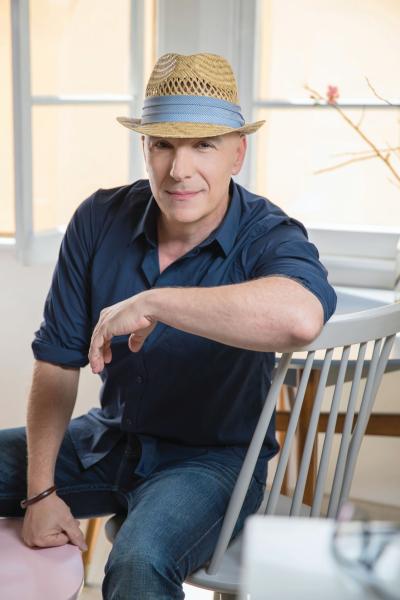 Angelo Surmelis: I did keep journals as a teen and it felt incredibly dangerous. I was petrified that they would be found, and they were! By my mother, who didn’t read English so she had them translated by someone from our church. It resulted in me being exorcised by church members and my mother one day when I arrived home from school. It was a bit of an ambush and quite scary.

COD: What other authors are you friends with, and how do they help you become a better writer?

AS: My best friend is Jennifer Niven, author of All The Bright Places and Holding Up the Universe, and we always read each other’s work while in the midst of it. She’s an incredible sounding board as well as a fantastic person to brainstorm with in a BIG way. I can pitch unbridled creative ideas to her without any fear. Jennifer encourages me to go deeper, weirder, into more uncomfortable places. Also, her mom (Penelope Niven) was a brilliant author and like a mother to me. She was a study in discipline and grace — an incredible inspiration. And Kerry Kletter (The First Time She Drowned) is a great friend and very insightful on the whole business of writing.

COD: What did you edit out of this book?

AS: The first chapter of the book had initially started out with an exorcism, since that had happened to me in real life. My editor and I went back and forth on it. To her, it was reading as too over the top. Eventually, we decided to pull it back and reframe it as Evan coming to find his mom with her prayer group, which felt like a more gradual way into the story. While working on this book, we were often reminded that life can be stranger and more disturbing than fiction. And a story has to work on the page.

COD: What was your hardest scene to write?

COD: You’ve had a phenomenally successful career in home design and television. Did you always harbor dreams of writing novels?

AS: The very notion that I would write a novel was something I didn’t have the courage to dream about. At the most, I fantasized about writing a design book. Being where I am right now feels like the best fever dream ever. Having a book that I can hold in my hands — that I wrote — is the most thrilling, the scariest, and the most rewarding thing that has ever happened in my career thus far.

Learn more about the author at www.angelohome.com.