In Girl in Snow, when high-schooler Lucinda Hayes is found dead, her sleepy town of Broomsville, Colorado, is turned upside down, especially for the three narrators, who take turns telling Lucinda’s story.

Courtney Flynn of Trident Booksellers & Café in Boston, Massachusetts, served on the Indies Introduce panel that selected Kukafka’s book. “I loved the slow-burn mystery quality of this book. It reminded me of Everything I Never Told You in its focus on character instead of plot. It’s a whodunit with the added bonus of rich, wonderful characters and good writing,” Flynn said.

Courtney Flynn: At its core, Girl in Snow is a murder mystery, but the story lingers more on the characters than the plot. What did you set out to write, and did it come out as you expected? 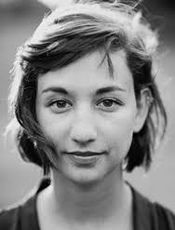 Danya Kukafka: I set out to write a mystery that plays with form and content, and also to illuminate life in a small town after a tragedy. It didn’t come out anything like I’d expected — I initially thought this was just a story about a boy named Cameron — but I’m very happy with the result! The book I ended up with is wider in scope than I could have imagined, and it was worth the work it took to get there. But from the start, I was more interested in the characters than the plot, and I think that shows.

CF: You wrote the book from several points of view: a surly teenage girl, an insecure boy, and a resigned cop. It must have been difficult to write three very different voices — how did you manage to keep them distinct? What inspired you to use all three characters to tell the story?

DK: I wrote each character separately — first Cameron, then Jade, then Russ. So while I was writing, I was really in one character’s head at a time, and this allowed me to hone each of their voices in the way I wanted to. They never got the chance to interrupt each other. Each of the three characters represented something different about small-town life that I was interested in exploring, and they fit together very naturally for me.

CF: What were you reading while writing, and did it influence you in any way?

DK: I read The Virgin Suicides by Jeffrey Eugenides during the very early stages of writing Girl in Snow. That book was revolutionary for me — it recasts the notions of form, perspective, and tone, and still leads up to a big reveal. In that way, it adheres to a tried and true structure, though everything else about it is intentionally experimental. For voice, I also read The Perks of Being a Wallflower, which explores the mind of a troubled but sympathetic teenage boy.

CF: Even though you work in the publishing industry, did anything about the writing and publishing process surprise you? 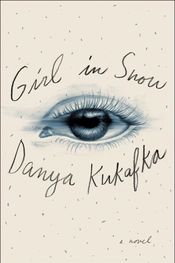 DK: So much has been a surprise! Knowing the back end is both a blessing and a curse, and I expected to be more in control of my feelings about it. But in the end, it’s my work going into the world, and I’m just as anxious about it as any other author. A good surprise, though, has been all the excitement, and when good things happen for the book (like Indies Introduce!) I know exactly what that means. I know not to take anything for granted.

CF: If you were hand-selling the book in your local independent bookstore, what would your pitch be?

DK: The book straddles a line between murder mystery and coming of age, and I’d recommend it to a reader who likes both! To me, it’s about how tragedy can change an insular community, and what we inevitably learn about ourselves after disaster. It’s also about love and obsession in teenage lives, which are so volatile by nature. I think it’s dark, but not gratuitously so, and depending on the reader, I hope it can work as a character study, a socio-economic study, or a thriller/murder mystery.

Find out more about the author at danyakukafka.com.