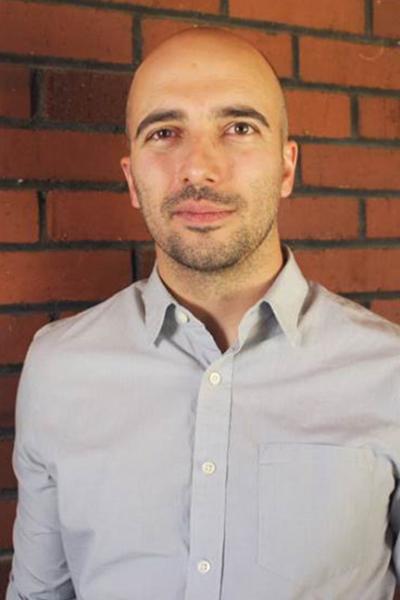 Gabriel Urza is the author of All That Followed (Henry Holt & Co.), a Summer/Fall 2015 Indies Introduce title and an August 2015 Indie Next List pick.

“All That Followed sheds some much-needed light on a region with an incredibly rich cultural history and a painful, tormented political past,” said Elayna Tucker of Napa Bookmine in Napa, California. “The story is told in short chapters from three different perspectives: Joni, an American who fell in love with a Basque woman and has lived in Muriga, a small Basque town, since the 1940s; Mariana, a young woman from Muriga whose husband belonged to the wrong political party and was kidnapped and murdered; and Iker, the young man who is in jail for that crime.

“Each voice has its own weight, an almost sultry flirtation between acknowledging history as it was while needing to create its own version of the story. An impressively nuanced debut.”

Urza received his MFA from Ohio State University and a law degree from the University of Notre Dame. His short fiction and essays have been published in literary journals River Teeth, Hobart, and Kenyon Review, as well as by West Branch magazine, Slate, and other publications. Urza’s family is from the Basque region of Spain, where he lived for several years. He recently began teaching in the creative writing department at Ithaca College in upstate New York.

What inspired All That Followed? 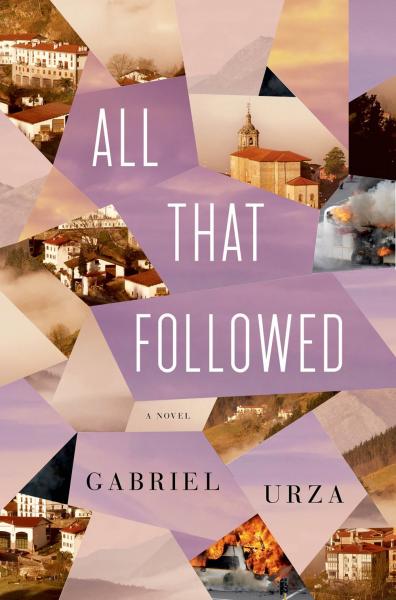 Gabriel Urza: On the largest scale, All That Followed was inspired by the modern political history of the Basque Country, a semiautonomous region in Spain. Much of the last 100 years in the Basque Country has been characterized by various forms of violence, whether it be the carnage of the Spanish Civil War, or the violence of the Franco dictadura, or the political violence that came as a backlash to the oppression of Basque identity and culture. My family is from the Basque Country, and so I spent significant periods of time there during periods of high political tension in the 1980s and 1990s. The kidnapping in the book shares similarities with several acts of violence from the late 1990s, particularly the kidnapping and killing of a young politician in 1997, so certainly this aspect of the book was inspired, in part, by the politics of the time.

But I wanted the book to be about the individuals involved with a political crime, not to just be about the crime itself. And so various storylines in All That Followed have other inspirations: a friend donated a kidney to her brother, for example, and so the idea of surreal, transplanted organs made its way into the book. I hiked a mountain in a rainstorm with a friend, which led to two unlikely hiking partners making a similar climb in the manuscript. It was my hope that the political and the personal storylines, though from very different sources, would work well together.

All That Followed is told from three points of view, each with a different recollection of the murder of a prominent Basque political figure. Why did you tell the story using three perspectives? What role does memory and perspective play in telling the story?

GU: Before I went back to school for an MFA in fiction, I was a public defender for almost five years. And I came to understand that there were very few cases that had any real mystery to them — at least in the way we tend to think of mystery in a literary sense. Usually, it was pretty clear who did what, but what always fascinated me was the why of a case. Why did this guy rob a Wal-Mart? Why did this guy kill his girlfriend? To me, this is where the real mystery lies.

So when I started writing All That Followed, it was important to me to focus on this question of the why. People like to categorize crimes as “political,” particularly in a place like the Basque Country, where so much is political. Even the language is political, in a way. So I thought, “Who better to explain the circumstances of a murder than three different people indirectly related to it?” I figured that the truth behind an event as complicated as a murder could be found not in any one character’s account, but in the similarities and contradictions found in comparing multiple accounts.

And because the story is being told from a few years after the central event of the politician’s killing, memory and perspective are central to the telling of the story. The three narrators have a bit of distance from the killing, but they are still trying to reconstruct a version of the story that allows them to continue on with their lives in some way.

You spent a number of years in Reno, Nevada, as a public defender. How has your work in law informed your writing and the development of your characters?

GU: My work as a public defender certainly changed my focus of interest away from the actual action of a crime and more towards the surrounding circumstances. As a PD, you often think, “If just one of these peripheral factors had been different, this crime might not have ever happened.” The idea of culpability becomes a lot broader and more nebulous, I think.

My experience as a defense attorney also had the effect of stripping away labels that are often attached to perpetrators, and to see your clients (hopefully) as individuals, rather than as the embodiment of the crimes they are supposed to have committed. When you spend a year working to defend a murder charge, you don’t look at your client as an accused murderer after a while. You just look at them as a guy, or maybe even as your friend.

Thank you for putting a link to IndieBound on your website. In your opinion, what role do independent bookstores play in introducing new authors, such as yourself, to communities?

When All That Followed was released, Sundance was kind enough to host a book launch, and it was such an incredible experience. All of the staff members at Sundance were friends of mine, and it was great to see my family and friends, and friends of friends, at the event, all joined together by this amazing bookstore.

And when we first arrived here in Ithaca this summer, one of the first things I did was hunt down the local bookstore, Buffalo Street Books. There were customers talking with the staff, not just about books but about their lives — it was clear that there was the same sense of community here as I felt in Reno, and I instantly felt like I was at home, like I was among friends. It’s been my experience that independent bookstores like Sundance and Buffalo Street build literary communities and provide a platform and advocacy for new authors in ways that no other institution can, which is why I so greatly value and appreciate the work that IndieBound and independent bookstores do for new authors like me.