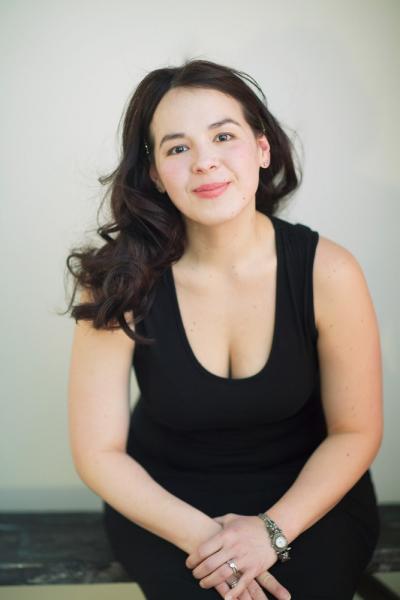 Heidi Heilig is the author of The Girl From Everywhere (Greenwillow Books), a Winter/Spring 2016 Indies Introduce debut novel for young adults and a Spring 2016 Kids’ Indie Next List pick.

In The Girl From Everywhere, 16-year-old Nix sweeps across the globe and through centuries aboard her time-traveling father’s ship. But when he gambles with her very existence, it all may be about to end. Alyssa Raymond from Boulder Book Store in Boulder, Colorado, called The Girl From Everywhere “a fun, smart, unique, magical, diverse, and intricately plotted historical fantasy that explores complex issues of family, friendship, trust, identity, and belonging.”

Heilig grew up in Hawaii, where she rode horses and raised peacocks. She earned her MFA in musical theatre writing from New York University and lives in Brooklyn with her husband, her son, and their pet snake. 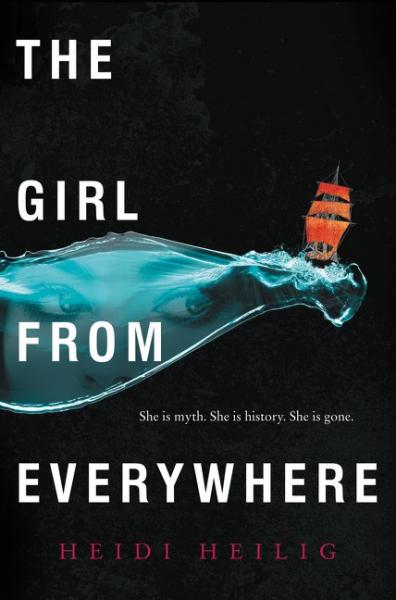 Time travel, pirates, Hawaii — there is no shortage of adventure in your debut novel, The Girl From Everywhere. What inspired you to write this story?

Heidi Heilig: It all started with a newspaper article in the Daily Alta California on December 15, 1884. “Piracy!” the headline went. “Honolulu sacked by an Armed Force. The Treasury Despoiled. NO ATTEMPT AT RESISTANCE.” What an incredible story it was! Apparently, a mysterious man had sailed into the harbor with a band of thieves and stolen more than $3 million without firing a single shot. How on earth could this happen? The obvious answer to a writer with an overactive imagination is, of course, time-traveling pirates.

The Girl From Everywhere is a genre-bending novel that includes adventure, fantasy, myth, and historical fiction. Did you set out to write a multi-genre story? How did each genre develop throughout the writing process, and was it difficult to integrate them to create a cohesive novel?

HH: This is actually the first book I’ve ever written, and so a lot of my writing process was stumbling around, trying to discover what my writing process should be. But for me, the best way to learn how to write a novel was actually reading many other novels, and while I didn’t have specific plans to write a multi-genre story, fantasy, myth, and history have always been my favorite reading material. With a head full of stories in different genres, it seemed very natural to weave those elements together in my own book.

Time periods and locations shift in The Girl From Everywhere, from modern day New York City to mythic Scandinavia to 19th century Hawaii. What research did you do for each time period and location?

HH: There was a lot of research to do, but, thankfully, it’s my favorite part of the process — it’s never boring. I learned local myths, pored over maps, and read contemporaneous travel guides. I walked all over New York and Honolulu to make sure that the twists and turns are accurate (it didn’t hurt that I’ve lived in both places for many years). Old photographs and daguerreotypes were helpful for the 1800s, but before that — in 18th century India, for example — I referred to old paintings and drawings for the look of buildings. Shipping manifests were useful to determine imports and exports of the era — what was valuable and rare at the time, what was cheap and plentiful. (Information like this can be used to figure out what most people would eat, or what a market or dock might look or smell like.) I also dove into the history of fashion and fabrics. One of my characters, Kashmir, is very stylish and it was important for him to know that sort of thing.

How did you come up with the concept of time travel via a map?

HH: The fabled fear of ancient mariners — that of going too far and sailing off the edge of the world — has always fascinated me. And one day I was looking at some old maps of places that do not, in fact, exist, and I wondered if perhaps a very good navigator could use these maps to find those mythic places after all. If, maybe, by sailing too far off the edge of one world, you could sail right into another, perhaps through a place where there be dragons.

What is the most interesting thing that has happened to you since your novel debuted?

HH: I have been fascinated by the reader response. It’s amazing that people go out of their way to find me on the Internet and tell me what the book meant to them. I’ve been contacted by someone whose husband was in the Coast Guard, and she mentioned that I was spot-on in the short bit where they are featured. I’ve also been told that having a hapa haole protagonist meant the world to another hapa woman, and someone who grew up on the North Shore of Oahu (like I did) thanked me for writing a fantasy book about her island home. Readers — and their own stories — are by far the most interesting part of being a published author.