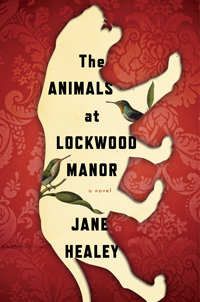 Jane Healey is the author of The Animals at Lockwood Manor (Houghton Mifflin Harcourt), a Winter Spring 2020 Indies Introduce debut and a March 2020 Indie Next List pick.

“When German bombs threaten the museums of London, plans are made to move the most valuable specimens from the natural history museum to the country estate Lockwood Manor. Hetty Cartwright, one of the only female zoologists in the country, is tasked with the animals’ safe keeping. But as soon as they are moved in, strange things start happening. Large animals disappear. Display cases are moved, but only slightly. Several displays are vandalized. Nothing major, but enough to keep Hetty’s nerves in an uproar,” said Indies Introduce panelist Cary Shapiro, a bookseller at Plot Twist Bookstore in Ankeny, Iowa, until its recent closing. “A love story buried within a mystery, The Animals at Lockwood Manor is sure to keep the reader turning pages.”

Here, Shapiro asks Healey about the books and history that influenced the author’s debut novel.

Cary Shapiro: Would you tell us a little bit about what you like to read? Who are some of your favorite authors, and how have they influenced your writing? 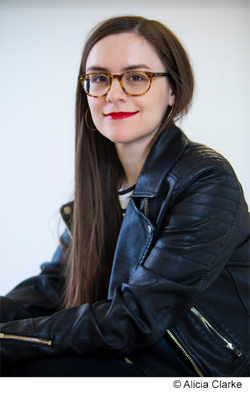 Jane Healey: I’m drawn to a lot of American literary fiction. Two of my favorite authors are Alice Hoffman and Anthony Marra, who combine the real and the magical in such a bruising way. Recently, I adored Sabrina & Corina by Kali Fajardo-Anstine, On Earth We’re Briefly Gorgeous by Ocean Vuong, and The Secrets We Kept by Lara Prescott. I think mostly what I want from reading is to be emotionally devastated, to find that sweet spot of pain and consolation.

I also have a love for fiction written or set during the 1940s, with characters who are at once emotionally blunt and constrained by tired courtesies, and with the ruin of the war set against the humdrum of the everyday. For research for my own novel, I devoured a stack of the 1940s books reissued by Persephone Books.

My novel very much follows the Gothic tradition and the three books that had the most influence on my writing of it, and which I wrote a dissertation on during my master’s degree at Edinburgh University a decade ago: Jane Eyre, Wide Sargasso Sea, and Rebecca. I’m interested in a lot of the same themes as these texts — madness, intergenerational trauma, women’s self-determination, and the perils of domesticity — and their imagery: ghosts, mirrors, doubles, cut flowers whose perfume oozes through darkened corridors, and hidden rooms.

CS: With her university schooling and her having a job in what was truly a man’s world at that time, Hetty’s persona skews heavily towards being a feminist. Was she modeled after someone in particular?

JH: Hetty isn’t modeled after anyone in particular but I was interested in the opportunities and new mobility that World War II brought women of all classes and ages, alongside the barriers and hostility they faced while working in jobs that had previously been held by men. I do think of the gothic genre, or gothic romance to be more precise, as a feminist genre and this is echoed by the characters in my novel and the symbolism of their challenges.

CS: How did the idea of alternating narrators come about? Why is that so important to the development of the story?

JH: The novel has two narrative voices: Hetty Cartwright, who is the director of the evacuated museum and has more of a logical, practical point of view (at least, at the start, before her time at Lockwood Manor undermines her confidence in her own rationality), and Lucy Lockwood, whose voice is more lyrical and internal, and whose chapters focus on her memories of her mother and childhood and her exploration of the possible source of their “bad nerves.” I liked the idea of splitting the narrative between an outsider and an insider to Lockwood, and of having Hetty exploring and investigating the house physically while Lucy does so psychically, so that the world inside Lockwood expands and slips and slides through time for the reader. I also wanted the narrative to be split between two characters who are, in some ways, the literary descendants of the classic gothic heroine and the madwoman in the attic.

CS: During World War II and specifically during the London Blitz, many treasures were moved out of London for safety. How much of your novel is based on fact and how much is fiction?

JH: This was a key question early on in my research — how far to lean toward fact rather than fiction. The initial spark of this story was reading a newspaper article about the evacuation of the different departments of London’s Natural History Museum to stately homes during the war, and the often-contentious relationship between the hosts and their guests. But aside from doing some general research into the NHM and the work of its scientists and curators, I made a decision not to delve too deeply or to look in their archives. This was primarily because I knew that I wanted my story to be gothic in tone/form and focused around one family and one house, the fictional Lockwood Manor. It therefore felt a little ghoulish to mine the stories of the real employees of the NHM and, on a craft level, I found that practical elements of their work — such as the fact that there would have been more oversight at the house, more than one museum worker living on site, and frequent visits from scholars using the collections — undermined the tone of the novel and muddled the plot. I also knew that the taxidermied animals would come under threat in my novel, with some of them going missing, or worse, and so I felt it best to diverge from the real museum’s carefully curated collections from the start!

CS: The friendship that develops between Hetty and Lucy eventually becomes an important aspect of the story. Why was it important to develop their relationship like you did?

JH: I wanted the love story to surprise Lucy and Hetty, and maybe the reader, too (although, on my umpteenth reread of the novel, Hetty seems so taken with Lucy after her first meeting, I’m not sure there is any surprise there, but perhaps that’s just with my benefit of hindsight!). It’s difficult to talk about their relationship without spoiling the plot but I wanted this novel to be about two lonely women who believe themselves, at 30 years old or thereabouts and both dealing with painful pasts, to have little chance of finding love, and for them to find unexpected comfort in each other amidst the growing horrors of war and the unsettling events at Lockwood.

Find out more about the author at jane-healey.tumblr.com.