Jody J. Little is the author of Mostly the Honest Truth, a Winter/Spring 2019 Indies Introduce middle-grade selection and Spring 2019 Kids’ Next List pick. She is a third-grade teacher and lives in Portland, Oregon with her family. 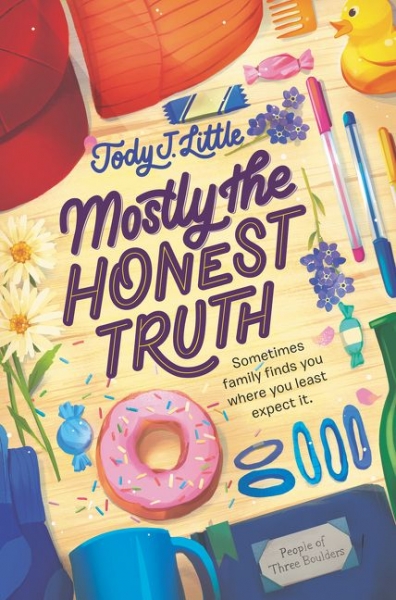 Christy McDanold, co-owner of Secret Garden Bookshop in Seattle, Washington, served on the panel that selected Little’s book for Indies Introduce. She called the book “an honest and accessible novel about alcoholism for the older elementary reader.”

In a story told “richly and compellingly,” McDanold said, “Jane Pengilly and her Pop are mostly always just enough for each other, except when Pop slides into sadness and drinking and has to go into rehab and get fixed up. Jane is taken in by Officer D-for-Doris who lives outside of town in a commune. This time, Pop does not come home anytime soon and Jane begins to make a few new friends with some of the kids, though not yielding much to the tough-but-tender foster care offered by Officer D. But the truth of what happened the last time with Pop’s drinking ultimately comes out.” 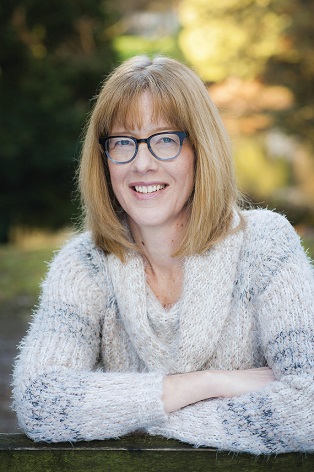 Here, Little and McDanold discuss the setting and characters in the author’s debut.

Christy McDanold: Three Boulders, essentially a commune, is the setting for most of this story. That’s a unique type of community that readers may not know much about. Can you tell us more about how you wrote Three Boulders?

JJL: Initially, Three Boulders was a remote little town with one road in and one road out; however, as I wrote the drafts of Jane’s story, the town morphed into more of a summer-camp-like setting with small cabins, a dining hall, a fire pit, and recreation field. While I didn’t attend summer camps as a child, I was part of my state’s Outdoor School Program which all sixth-grade students attend for a full week. I participated in the program as a student, a high school counselor, and five years as a sixth-grade teacher. Never in my teaching career have I observed such positive, social-emotional growth as I did at Outdoor School. For many of the city kids I taught, this was their first experience in the outdoors, and their first time away from their parents. Together they hiked and studied nature, shared meals, sang at campfire, and played games. At the end of the week, they all sobbed, not wanting to say good-bye. I realized that Jane deserved an experience like this. The only world she knows is the isolated world with her father. Putting her in a loving community like Three Boulders was an ideal way to help her transform.

CM: A key word in the title is “truth.”  What is Jane’s truth and how does she live with it?

JJL: Jane’s truth comes from deep in her past, within the many times she’s had to deal with her pop’s drinking. At the core of her truth is a profound love between a father and a daughter. Despite his addiction, Pop wants nothing more than to be a good father to Jane. Jane sees this and experiences it when he is sober. It also compels her to believe that she, and she alone, must be the one to save him at any cost, so that they can return to their good days. Her truth is deeply troubling and sadly common for a child with an alcoholic parent.

CM: I love Gertie Biggs, who is simply known as “G” after the first few pages. What does Jane learn about friendship through G’s eyes and actions?

JJL: I love G too, and in the first two drafts of this story, G was the narrator telling the story of Jane Pengilly coming to Three Boulders. At first, G baffles Jane with her intense desire to be the best town record keeper and with her strict adherence to rules — something that Jane has always had to work around. As the days pass in Three Boulders, Jane begins to rely on G’s expertise, and she starts to notice and appreciate that G sticks by her side. G is a friend that Jane’s never had. I love that Jane experiences quiet moments of companionship with G. I love that she learns to observe the world around her — outside of her world with Pop — for the very first time.

CM: Officer D is such a compelling character. Who was your inspiration?

JJL: Office D’s demeanor is loosely based on a family friend. In my mind, she is a woman who, for many reasons, pursued her career vigorously, and as she grew older, recognized how deeply she wanted to be a mother. I think Officer D sees a little of herself in the feisty, resilient Jane Pengilly. For Jane, Officer D is nothing like the vision of a mother she has created in her head, but gradually she sees that Officer D has every quality of a great parent. She’s fiercely protective, strict when needed, and always deeply caring and loving.

CM: And of course, the looming specter in the book is Jane’s Pop’s drinking.  What do you want your young readers to know about alcoholism?

JJL: I think Jane summarizes her father’s alcoholism quite well. In her mind, it’s a bad ogre always ready for a battle. Sometimes that ogre stays away, and there are good Jane-and-Pop days, but when it returns, the days aren’t so good. Like Jane, children of alcoholics may feel a tremendous burden to help their parents. A child may also feel responsible for the drinking. I want young readers to understand that if their parent drinks, it is never the child’s fault. But even more important, I want readers to recognize that addiction isn’t incurable. Their parent can recover. The ogre may always loom, but there is great hope for many, many “good Jane-and-Pop” days in the future.

Find out more about the author at www.jodyjlittle.com or through Twitter @jodyjlittle.