Kip Wilson is the author of White Rose, a Winter/Spring 2019 Indies Introduce young adult selection and a Spring 2019 Kids’ Indie Next List pick. 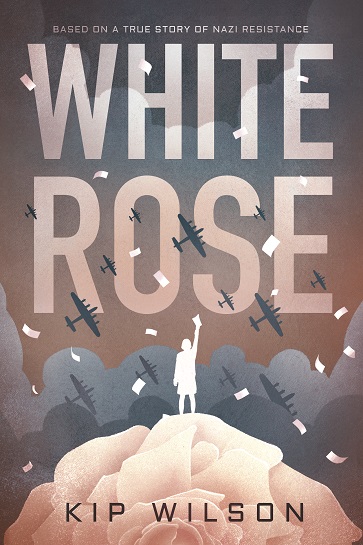 A novel in verse, The White Rose tells the story of Sophie Scholl and the group of German youth who formed a nonviolent resistance movement against the Nazi regime during World War II.

Wilson has a PhD in German literature, and her work has been published in Lunch Ticket, Black Fox Literary, Faces, Cobblestone, and various other publications and anthologies. She is the poetry editor at YARN (the Young Adult Review Network) and an editorial assistant at the linguistics journal Laboratory Phonology.

Alicia Michielli of Talking Leaves...Books in Buffalo, New York, noted the novel’s “spare but powerful verse,” while Jen Pino of Vroman’s Bookstore in Pasadena, California, said the book “provides stunning imagery and feeling to those wanting a fresh take on World War II” and “will leave readers in chills.” 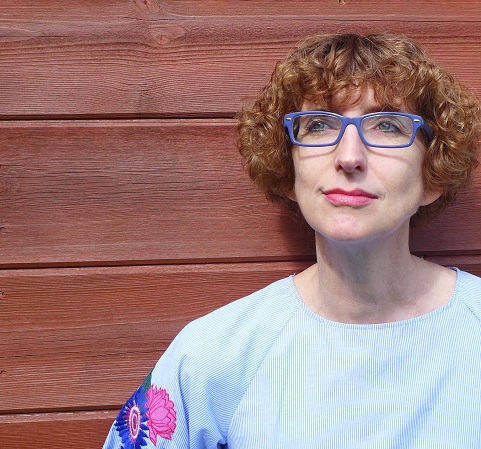 Katherine Warde of Micawber’s Bookstore in St. Paul, Minnesota served on the panel that selected Wilson’s book for the Indies Introduce program. Warde recently had the opportunity to ask Wilson about her research and writing process and about the importance of Sophie Scholl’s story.

Katherine Warde: In your author’s note, you mention you started the book over a decade ago, but that it didn’t come together until you approached it in verse. What was it about this format that made the story work better for you?

Kip Wilson: I originally wrote White Rose as nonfiction for children, but it turns out that I simply don’t possess that (very different) skill set, so I set the project aside. I’d been fascinated by Sophie Scholl since I was a teenager myself, though, so I never forgot her story. Years later, during a chat with two verse novelists, they both mentioned that verse is well-suited to emotional, tragic subjects. Hearing this was like a billion lightbulbs going off in my head. I don’t know why I hadn’t considered writing a novel in verse before — as a poetry editor, I love reading verse — but as soon as I began writing the first poems, I knew it was the right format for White Rose. The real history is chilling, and the combination of sparse words and white space on the page gives the reader the necessary breathing room to process the story.

Warde: You studied German in school and hold a PhD in German literature. How did you choose German to study? Has knowing a foreign language influenced your writing career?

Wilson: I wish we placed more of an emphasis on learning multiple foreign languages in the United States. I can’t even begin to express the ways in which knowing other languages has expanded my horizons, but I can certainly say that it’s benefitted me professionally, creatively, and personally. As far as my specific affinity for German, I actually studied both German and French in high school, but fell in love with German literature, especially the poetry, early on, and decided to focus on it during college. However, after all this, I married a Spaniard, so I probably use Spanish more than any other language at the moment. Figuring out how to express myself with new sets of rules and doing my best to understand others in a variety of situations has brought with it all kinds of unexpected benefits.

Warde: Was there any information you came across in your research that you wish you could have included in your book but that didn’t make it in?

Wilson: So many things! My original draft went much deeper in the points of view of both Hans Scholl and Christoph Probst. While it made so much sense to focus the story on Sophie, it was still hard to leave most of their sides of the story behind. One specific piece of information that didn’t work without Hans’ point of view was his bisexuality. Because Sophie wasn’t aware that Hans was attracted to boys as well as girls, I couldn’t include anything other than vague hints about this from her point of view. Another piece of information I had to leave out was Christoph’s spiraling depression — and for the same reason, that Sophie wasn’t aware of this.

Warde: Did you include any quotations (from letters, interrogation transcripts, or other primary sources) or are all the words fictional?

Wilson: Because White Rose is in verse, the material isn’t quoted verbatim, but I did begin from primary and secondary source documents, including letters, diaries, transcripts, published interviews with family members and survivors, and numerous biographies and books about the White Rose group. With the letters, for instance, I selected what I felt were the most important snippets and translated them from German to English, versifying them along the way. I requested and received permission to use excerpts of letters from Sophie’s boyfriend Fritz from Fischer Verlag, who had originally published his letters (the letters from Sophie and Hans are no longer under copyright and were free to use).

Beyond all of this material based in fact, I did also at times delve deeper into Sophie’s thoughts and emotions. While those lines are necessarily fictional, I let what I’d learned from my research inform those passages so that she hopefully comes across as authentic as possible.

Warde: What is the most important lesson you feel Sophie Scholl can teach your readers given the present-day political climate?

Wilson: The most important lesson Sophie imparts is the same one she herself learns: listen to your conscience. Delve deep. Is what you support good for everyone, or simply good for you? Does what you support cause harm to others? Sophie Scholl’s conscience drove her to act, and doing so now is what will make a difference in the current climate. Do not wait until they come for you, but use your voice to stand up for others. Words have power. Use them wisely.

Find out more about the author at kipwilsonwrites.com.