Laura Trunkey is the author of the short story collection Double Dutch (Astoria/House of Anansi Press), which was chosen by a panel of independent booksellers as a Winter/Spring 2017 Indies Introduce adult debut title.

Susan Hans O’Connor, the owner of Penguin Bookshop in Sewickley, Pennsylvania, and a panelist on the Indies Introduce committee that selected Trunkey’s debut, said, “Double Dutch is full of magical short stories that remind me of why I love this genre.”

Trunkey lives in Victoria, British Columbia, with her husband and son. Her fiction has been published in journals and magazines across Canada and was included in the 2010 anthology Darwin’s Bastards: Astounding Tales from Tomorrow (Douglas & McIntyre); her nonfiction has garnered two honorable mentions at the National Magazine Awards. She is also the author of the children’s novel The Incredibly Ordinary Danny Chandelier, which was published by Annick Press in Canada in 2008.

Here, O’Connor and Trunkey discuss the author’s work and the nature of the short story.

Susan Hans O’Connor: The Indies Introduce panel loved that your stories felt so different — that they were magical and also weird, in the best sense of the word. What was the inspiration behind these stories? 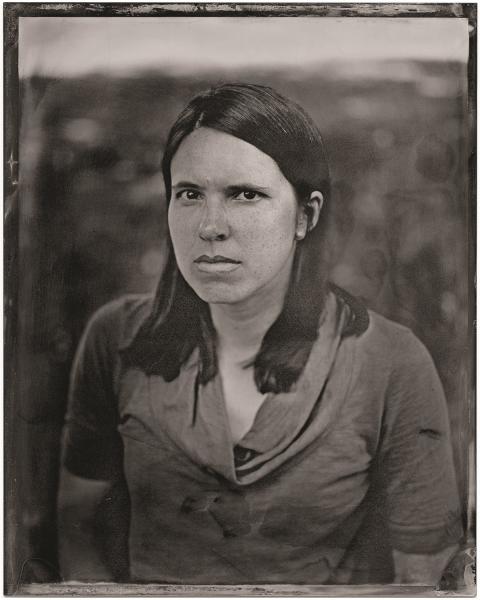 Laura Trunkey: Most of the stories are a result of my obsessiveness. When I discover something I consider fascinating, I usually attempt to learn everything I can about the subject. Then I feel the compulsion to share. Some obsessions that have made their way into Double Dutch are political doubles, blastocysts, Edison’s animal experiments, xenoglossy, mountain goats, a trial held in Edmonton in 1917. My favorite short story collections are varied in both form and subject, and that was my intention for Double Dutch.

SHO: The stories in Double Dutch are also quite disparate, some involving shape-shifters, doppelgangers, and spirits, but others feel very grounded in reality. Is it more challenging to write about reality or fantasy?

LT: A friend of mine calls the type of writing I do “grounded fantastic,” meaning that though there are fantastical elements, the story as a whole rings true. I like this term more than “magical realism,” which is often applied to my work. That’s because for me, the grounding comes first. I can’t write about something unless I can convince myself that it could happen, or might have happened. This usually involves enough research to create a strong scaffolding of fact.

Luckily, I am an open-minded (or perhaps gullible) person. I can believe that Ronald Reagan might have had a political double; I believe that it might be possible for a person to speak another language in their sleep or to communicate with animals. The fantastical is compelling to me, which is why it makes its way into my stories.

There is one story in my collection that is straight reality, “Hands Like Birds.” It didn’t start that way, but I rewrote it completely after I submitted my manuscript, keeping only the basic plot and the characters’ names. The magic didn’t fit my revision, and in its current version it won’t be apparent to the reader. But the end I envision for those characters, the way the story continues off the page, is magical. Which is a long way to say: both straight reality and straight fantasy would be difficult for me; it’s easiest and most gratifying to combine them.

SHO: As booksellers, we know that some readers are reluctant to pick up a short story collection over a novel. What would you say to those readers? 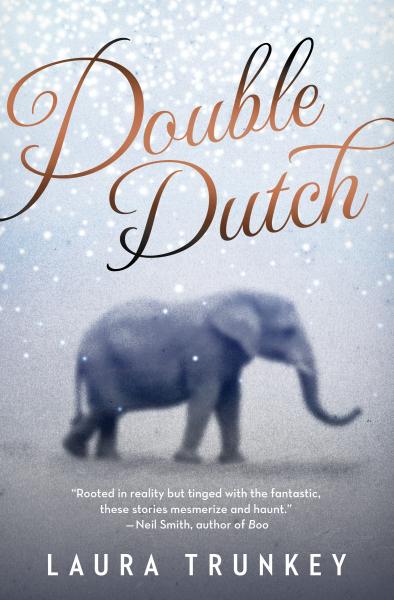 LT: The reason I’ve often heard for the preference of novels over stories is that readers can’t connect with characters in 20 pages in the same way as they can after 200. I don’t believe that to be true. Perhaps the most memorable character in literature for me is Otto, from Deborah Eisenberg’s “Some Other, Better Otto.”

But aside from that, short stories are practical! I have a five-year-old son with autism, and I read primarily when he’s in bed. With a good novel I can always convince myself to read “just one more chapter.” Whereas, at the end of a good short story, a pause feels required — some time to let it sink in (and to finally go to sleep).

LT: A warp in a piece of wood used to build a cabinet would be much more noticeable than a warp on a single piece of timber used to build a house. And in short fiction, careless sentences call attention to themselves in the same way. As a reader, I expect more on the line level from short stories than I do from novels. Each word has to serve a purpose — and I appreciate the attention that the best short stories pay to language.

Aside from this, short fiction allows me to try out ideas that are intimidating or likely to be unsuccessful. I have a number of unfinished stories, and some that are complete but much too terrible to share. Simply because of the length of novels, and how slowly I write, I feel much more inclined to plan and plot out long-form works. Short fiction is liberating.

SHO: What are you working on next?

LT: I have a handful of new short stories, but I’m also juggling three longer projects: a half-written middle-grade novel, a young adult book I may never finish revising, and an adult novel that’s just taking shape. Lately most of my focus is on the latter, but I’m wary to provide details for superstitious reasons.

Learn more about the author at lauratrunkey.com