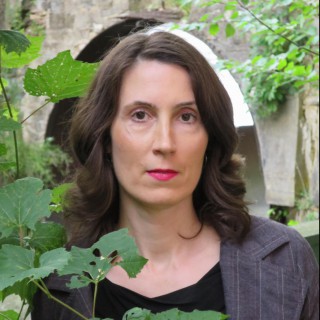 Margot Harrison, an award-winning journalist, is the author of The Killer in Me (Disney-Hyperion), a Summer/Fall 2016 Indies Introduce debut for young adults and a Summer 2016 Kids’ Indie Next List pick.

Harrison’s debut novel follows teenage Nina, who, in her dreams, finds herself in the mind of a killer, knowing when and whom he plans to target next.

Valerie Koehler, the owner of Blue Willow Bookshop in Houston and chair of the middle grade/young adult Indies Introduce panel, described The Killer in Me as “a creepy (in a good way) must-read thriller for teens.” Here, Koehler talks with Harrison about her debut. 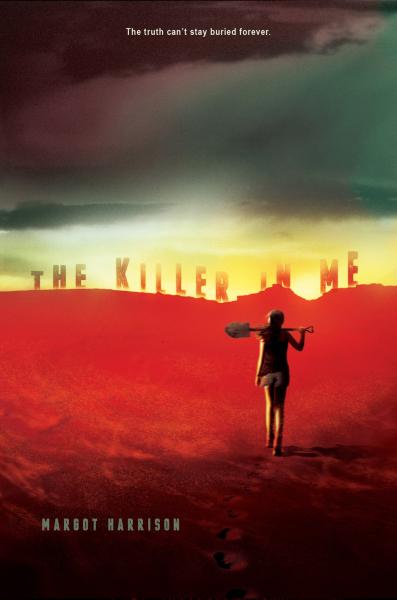 Valerie Koehler: Nina’s nightmares are very realistic. As you wrote those parts, were you scared? How did you prepare for those scenes?

Margot Harrison: What scared me the most about writing the murder scenes was that they just sort of came. I didn’t really prepare; I just sat down and the images flowed into my mind, so it was almost like being Nina and seeing these terrible things in a dreaming or trance state. The scene that scares me the most is the one I revised the least, because it felt “right” on the first try. I think these scenes came so (unsettlingly) easy because I have what I call a “worst-case-scenario imagination.” When I hear about something disturbing, my mind immediately starts visualizing it cinematically, whether I choose to dwell on it or not. This happened with the crime that provided the initial idea for Killer — a crime in my community — and processing those images was one motive for my writing the book. When I actually sat down to write, I already had so many dark imaginings stored up that all I had to do was let them out.

VK: The scenes in the Southwest are vivid in their portrayal of the heat and barren landscape. Have you spent time in that area? How did you conduct your research?

MH: I have spent exactly two days in New Mexico — as part of a cross-country road trip, many years ago — and a bit more in Southern California. Much of [the novel’s] landscape comes from memory, imagination, movies and TV, and photos and videos I found online. (Sky City, or Acoma Pueblo, is the one landmark described in the book that I have seen firsthand.) On that one New Mexico visit, I was bowled over by the stark and alien (to me) quality of the landscape. Later, I watched Breaking Bad to get me through the long, gray Vermont winters and fell in love with the desert all over again. So, my memories and imaginings of the place are entangled with fiction. Someday soon, I hope to visit New Mexico and find out all the ways my depiction could have been stronger, because there are so many sensory details you can’t pick up from afar.

VK: The killing scenes were disturbing and thrilling at the same time. What do you think that says about thriller readers?

MH: For me, there’s definitely something disturbing and thrilling about placing oneself in the point of view of a killer. I don’t think it’s because all thriller readers (and writers) secretly want to commit murder. I think it’s more that we secretly suspect (or fear) that the world is divided into predators and prey, and we’re the latter. My killer character is obsessed with proving to himself that he is a super-predator, that he can control and master the world. Hurting people is simply a means to that end. Most of us have empathy to stop us from harming others, yet I think we’re all familiar with powerlessness and the desire for control. Visiting the mind of a psychopath gives us a little vacation from our terror of falling prey to one. We get to participate in his sense of invulnerability and self-importance. But for me, it was very important to show that, even for this skilled killer, total control is an illusion. In the end, he also has his weak points. I have trouble with fiction where serial killers are portrayed as invulnerable super villains.

VK: What inspired you to write for the young adult audience?

MH: I started out writing adult fiction, but I switched to YA after I read M.T. Anderson’s Feed — I couldn’t think of an adult novel that satirized the current culture so perfectly. And it felt like coming home. I read a wide range of YA in my childhood and adolescence, and the category was full of wonder and weirdness and experimentation back in those decades, too. If I can bring a few young readers the summer-night chills that the late Lois Duncan brought me — along with a strong heroine who rescues herself — I’ll be overjoyed.

VK: We appreciate that you have a local bookstore listed on your website for signed copies. What might you say to other authors to encourage them to visit independent bookstores?

MH: Independent bookstores are where you take the pulse of a community. I moved fairly often as a child, and each time we resettled, the first place we visited was the local bookstore. As long as there was an indie bookstore, we knew we’d feel welcomed and at home. Because of my job — I work for a newspaper, also locally owned — I got to know my town’s booksellers long before I became an author. I know they make a huge effort to get and keep local books on the shelves, to host authors, to serve a broad community of readers. Those same booksellers have been amazingly supportive of my book; my launch at Phoenix Books Burlington was the high point of this whole experience. Seeing my book on the shelf, I feel at home in indie bookstores in a whole new way.