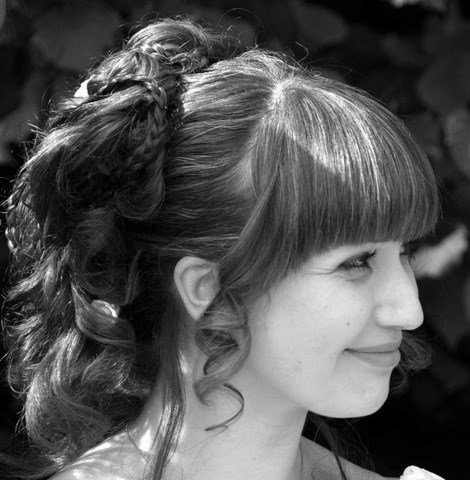 Moïra Fowley-Doyle is the author of The Accident Season (Kathy Dawson Books/Penguin), a Summer/Fall 2015 Indies Introduce title for young adults and an Autumn 2015 Kids’ Indie Next List pick.

In Fowley-Doyle’s magical debut, each October brings to Cara and her family a relentless series of bumps, bruises, and breaks. Along with her ex-stepbrother, Sam, and her best friend, Bea, Cara is expecting this season to be a bad one, like the season when her father died. As the injuries mount, Cara discovers the long-hidden family secret that lies beneath all these years of accidents.

Amy Brabenec of Brookline Booksmith in Brookline, Massachusetts, called The Accident Season “spellbinding and sharply beautiful … a haunting look at the power of secrets.”

Fowley-Doyle, who wrote her first novel at the age of eight, lives in Dublin, Ireland, with her husband, daughter, and cat. 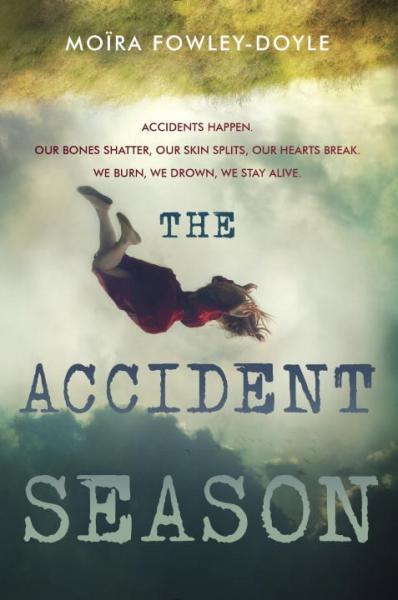 The Accident Season is like a fairy tale, both spooky and magical. What inspired you to write this story?

Moïra Fowley-Doyle: Thank you! I set out to write something dreamy and slightly magical — I’ve always loved magic realism and wanted to take the way reality feels slippery sometimes, especially when you’re a teenager (if you’re anything like I was as a teenager), and wrap it up in a story. I love books that are a little unpredictable, where the ordinary can become extraordinary (which often becomes a little creepy), and where things are not always as they seem. It was that kind of mood more than an idea or an event that inspired me to write The Accident Season, although having always been a rather accident-prone person myself definitely contributed to that aspect of the story.

You’ve mentioned that the first draft of The Accident Season took about six weeks to write. How long had you been ruminating on the story? What is your writing process like?

MFD: Parts of the story were knocking about in my brain for about 10 years before I wrote the first draft. When I was 16, I wrote a short novel that was somewhere between pretty good and absolutely rubbish. It had an abusive parent, an unnamed narrator in love with someone she probably shouldn’t have been in love with, and a mysterious girl who seemed to follow her around, hanging flypaper, setting mousetraps, and brandishing butterfly nets.

If that became the skeleton of The Accident Season, the lungs of the book were a scene I had in my head for years about two sisters dancing in an empty, burning house. I didn’t know how the story would end as I was writing it, but I knew I was working towards that scene. The body of the book and the rest of its internal organs came out as I wrote. The book’s backbone was built in the edits.

I’m finishing up the first draft of my second novel now, and despite my life being rather different (mostly because when I wrote The Accident Season I had no children and now I have two), my writing process is pretty much the same: A couple of the characters and some of the details start life in stories I wrote when I was younger; I string words together without knowing how the book is going to end; and there is one scene I know that I’m working towards, but I wait to find out why in the telling.

What has been the best (or strangest part) of learning your book was to be published? What was it like to learn that your book was selected as an Indies Introduce title?

MFD: I’ve learned that I have a peculiar way of dealing with life-changing excitement. When I get incredible news — and incredible news has been coming with astonishing frequency over the last couple of years — I get sort of stunned and have to go away and do something entirely unrelated with furious concentration for a few hours. That’s basically what happened when I got the news that The Accident Season was selected as an Indies Introduce title. I must have made a small army of cupcakes in order to process my excitement. It’s an honor to have been selected alongside such excellent novels, and it was really wonderful to meet so many passionate and friendly independent booksellers at BookExpo America.

What attracts you to the young adult genre?

MFD: Young adult fiction has always fascinated me — I spent several years in university studying teenage vampires in YA — but I think that a large part of what appeals to me about it as a reader and as a writer is its liminality. It’s all thresholds and borders, identity and self-discovery. It’s easy to understand why — adolescence is full of firsts and lasts and questions about what kind of person you are or want to be — but I think that’s something that resonates with adults too. It certainly resonates with me.

MFD: Bookstores are definitely magical places, and independent bookstores in particular. (One of my favorite independent bookstores in Ireland — Charlie Byrne’s in Galway city — actually gets a shout-out in The Accident Season.) Indie bookstores always seem to be staffed by passionate and absurdly knowledgeable booksellers with the magical power of infinite recommendations. Something I’ve noticed as a reader and as a writer is the incredible support indie bookstores have for debut authors. There is so much thought put into finding new stories to share with customers and new worlds to introduce to new readers. As a writer, it’s incredibly exciting. As a reader, it’s invaluable.

Learn more about the author by following her on Twitter.