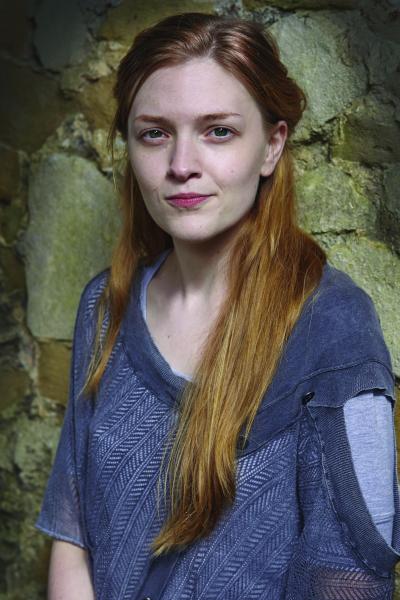 Natasha Pulley is the author of The Watchmaker of Filigree Street (Bloomsbury USA), a Summer/Fall 2015 Indies Introduce title and an August Indie Next List pick.

Thaniel Steepleton, a telegraph operator in 1880s London, returns home to find a mysterious gold pocket watch on his pillow — a watch that, six months later, saves his life. After some searching, Steepleton finally meets watchmaker Keita Mori, an immigrant from Japan who seems as though he has something to hide.

“It takes a special talent to have a reader truly suspend disbelief, but Pulley succeeds spectacularly well in this debut,” said Amanda Hurley of Inkwood Books in Tampa, Florida. “Fans of David Mitchell and Erin Morgenstern will be intrigued, and I think it’s safe to say that we can expect great things from Pulley.”

Pulley, a former Waterstones bookseller, studied English literature at Oxford University and earned her master’s in creative writing from the University of East Anglia. She lives with her family in England.

What inspired you to write The Watchmaker of Filigree Street? Did you always have an idea of what you intended to write or did the story develop as you went along? 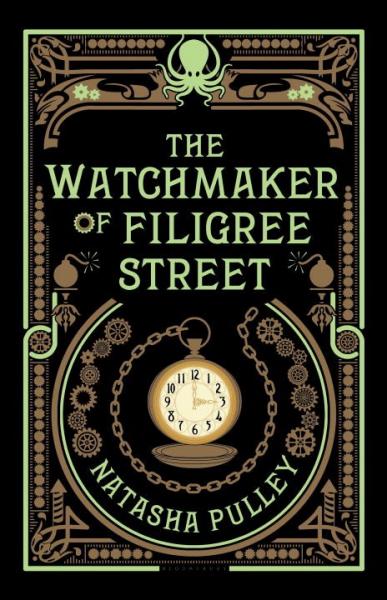 Natasha Pulley: I always knew I wanted to write about the two main characters, Thaniel and Mori. I always knew Mori was a Japanese watchmaker who remembered the future. He landed on the page that way late at night one Christmas Eve. I’d always been interested in prophet characters in fantasy books, and always interested in Japan, so that was probably quite a predictable confluence. Everything else, though, has fluxed a lot. The date of the setting went back by about 30 years since the original draft. The actual plot arrived very recently — the early drafts were a lot more like a sequence of short stories. My editor sort of nudged me and mentioned that maybe something should actually happen

The story is set in London and a civil war-ravaged Japan. What sparked your initial interest in Japan?

NP: I’m from the generation who grew up watching anime and hearing Japanese. It’s been around more or less since I can remember. I think part of the attraction is that it’s an immensely different but also very recognizable culture from an English standpoint. We’re both island countries; our languages work in similar ways; we’re both a bit neurotic about tea.

With elements of nationalism, terrorism, and racism, The Watchmaker of Filigree Street reflects issues we face today. What is it about the Victorian era and the Steampunk genre that act as conduits to allow us to confront these and similar issues?

NP: Victorian England is very easy to imagine and relate to because it’s so recent. The language is so close you don’t yet need a dictionary to read it, which means that the resources available are many and accessible. It’s easy to find out things in great detail. But, it’s just far enough away to seem a bit divorced from now. The distance is useful; it makes lots of things, particularly political issues, easier to see, but without making them completely foreign, which can happen with less-recent periods where there’s been huge intervening cultural upheaval.

Steampunk is a lot about its machinery, which it uses in the same way fairy tales use mirrors and rings, but at its core I think it’s a kind of sci-fi, about futures imagined not from a modern present but a 19th century one. It’s about how things could have developed differently, which means it’s also about the hinging points of history. Showing how something could have happened highlights how it did.

What has been your favorite part of the journey to publication?

Can you share details about what you are working on now?

NP: Definitely. I’m working on a new book called The Bedlam Stacks. It’s about a gardener who goes to Peru to collect quinine. He stays at a tiny colony overseen by a bad-tempered Scottish missionary, on a glass shore on the edge of the Amazon. It’s based on a real expedition that went out in 1859, but there’s a healthy dose of fantasy. There are exploding ducks.

There will also be another Watchmaker book (I hope!) but this one will be set in Japan in 1889. Katsu will return.

Learn more about the author by following her on Twitter @natasha_pulley.