Nicole Chung is the author of All You Can Ever Know (Catapult), the debut memoir about adoption that booksellers selected as both an Indies Introduce Summer/Fall 2018 and October 2018 Indie Next List pick. 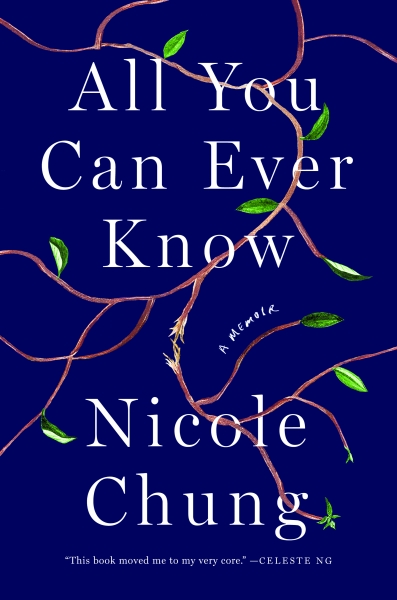 Chung was born severely premature to Korean parents who put her up for adoption; she was then raised by a white family in Oregon. Prompted by the birth of her first child, Chung began thinking more about her transracial adoption and the effects it could have on her own children.

Tyler Goodson, manager and buyer at Avid Bookshop in Athens, Georgia, who served on the panel that selected Chung’s book, said, “In All You Can Ever Know, Nicole Chung shares her story of daughterhood and motherhood with such thoughtfulness and honesty that it feels like a privilege to read. Her language is elegant and precise, and her questions — of identity, race, and family — feel necessary. By the end you feel comforted that there are writers and thinkers like her in the world.”

Chung is currently the editor-in-chief of Catapult magazine and was formerly the managing editor of The Toast. Her work has been published in The New York Times, Times Magazine, GQ, Shondaland, and Buzzfeed, among other publications.

Here, Goodson and Chung talk about the process of turning her thoughts and feelings about being adopted into her first book.

Tyler Goodson: How did becoming a mother change or influence the way you think about your adoption?

Nicole Chung: Before I learned I was expecting my first child, I had never really thought about how my being adopted would affect any children I had. If someone had asked me outright, I might have even said that I didn’t expect it to affect them at all. But once I got pregnant, once I really started thinking about my own particular child and not some theoretical, maybe-child far off in the future, I realized I wanted them to know so much more than I had growing up. I wanted to be able to talk with them about the things I never talked about with my parents. 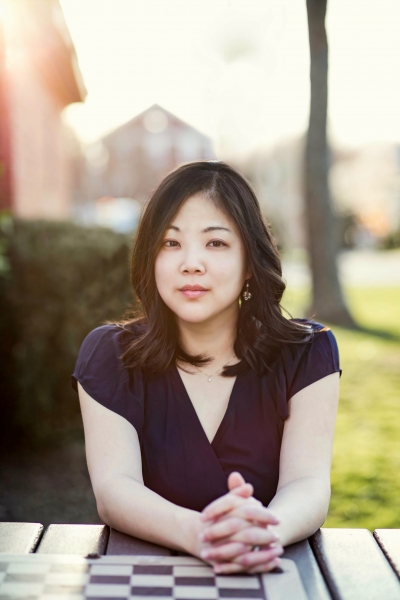 One of the biggest reasons to search for my birth family was to find and share our family history with my kids. And now that they are older and know more of the story, I can see my adoption’s legacy in their lives — I see it in their questions, in their identities. This isn’t just my story, or my birth family’s or adoptive family’s story. It belongs to the next generation, too. Adoption has far-reaching, multi-generational effects I couldn’t have begun to guess at before I became a mother.

I think becoming a parent also made me think about that initial separation from my first parents in a different light. I wondered, more than ever, what it had been like for them; how they had truly felt. I’d never been able to imagine it before. I knew, seconds after meeting my own child, that I would not be able to bear being separated from her. It made me think more than I ever had before about how my birth parents had felt, what helped them make the decision and then move on from it.

TG: You’ve talked to a lot of other people about their adoption stories. Was there anything that surprised you or especially fascinated you?

NC: I’m always fascinated by other people’s adoption stories — everything about them! No matter how much or how little they know. I love hearing about other searches and reunions, but I also just appreciate having the opportunity to be frank and open and talk unapologetically about our feelings and our doubts and the questions we’ll never get answers to. With most people, most non-adopted people, no matter how close we are, there’s a certain amount of education or disclaiming or just background built into the discussion, you know? With adoptees, I skip some of those hurdles. They will just fundamentally get it; I won’t need to lay all the groundwork for them. It used to feel like such a wonderful surprise when I met other adoptees and just knew how to dive into these conversations, but it doesn’t surprise me anymore — I’ve experienced it often enough.

TG: This is a very personal story. Was the writing process more exhilarating or intimidating?

NC: YES. Both. And. It was exhilarating when I could almost believe it was going well. It was intimidating to try to take something so personal and translate it for readers in a way that would seem interesting, maybe even useful, not just self-indulgent. I felt, though, and still feel so strongly that we need many more types of adoption and multiracial family stories out there. The adoption narrative is one we need to re-examine, to complicate. My book is only one small part of that. And in a way, the very personal nature of it all takes some of the pressure off: I can only hope to represent myself, my own individual story, not anyone else’s.

Another thing that helped was that I always knew I wasn’t setting out to tell the story of my life. I am actually a fairly private person; there are so many things I would never write a memoir about! But I knew I wanted to write one that was closely focused on growing up adopted, the search for my birth family, my own journey to parenthood. I knew I could do that much, if I could just make it all come together.

TG: What books about adoption have been meaningful to you?

NC: There are so few memoirs by adoptees. Earlier this year I read Mary-Kim Arnold’s Litany for the Long Moment, and that was incredibly meaningful to me. And I loved Celeste Ng’s Little Fires Everywhere — it is nothing like my story, of course, but the baby in the story is the child of an immigrant, like I was. I haven’t revisited them in years — and I especially wanted to avoid having other narratives in my head while I was working on my own book — but years ago I read Jane Jeong Trenka’s The Language of Blood, Jeanette Winterson’s Why Be Happy When You Could Be Normal?, and A.M. Homes’ The Mistress’ Daughter, and they gave me a lot to think about.

TG: Did you always want to be a writer? Was this the first story you always meant to tell?

NC: I did always want to be a writer, except for a brief period in second and part of third grade when I might have chosen astronaut over writer (I played Dr. Sally Ride in a school play, and let’s just say it made an impact!). My adoption story was probably among the first I learned as a child, the first one I often had to tell others who asked about my family and why we looked the way we did. But I never seriously thought about writing or publishing anything related to adoption until my late twenties. My first essay was published when I was 30, maybe 31? I wrote mostly fiction and (awful) poetry growing up, and in college, and after college, and never expected I’d ever turn to memoir or creative nonfiction. I’m continually surprised to find myself doing this. But that doesn’t mean I wasn’t “meant to tell” this story! Maybe I always was. Certainly, I did reach a point where I felt if I didn’t at least try, I’d never be able to focus on anything else.

Find out more about the author at nicolechung.net.