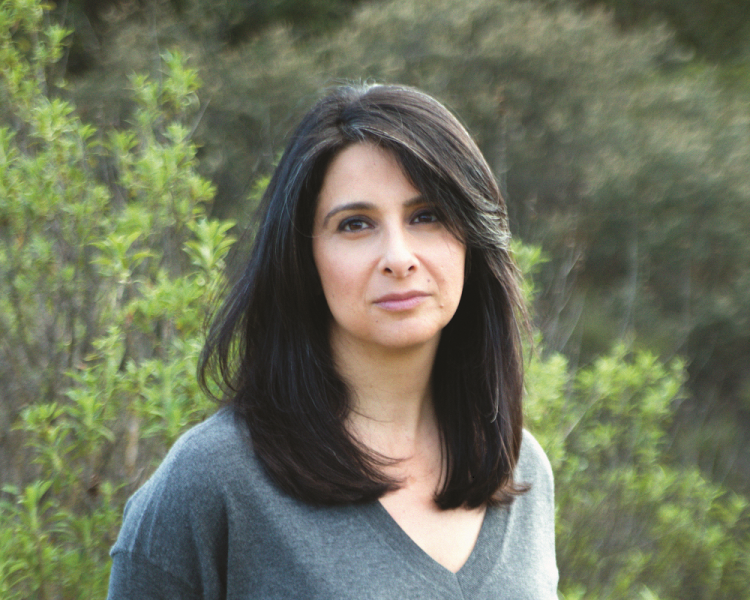 Parnaz Foroutan is the author of The Girl From the Garden (Ecco), a Summer/Fall 2015 Indies Introduce selection and a September Indie Next List pick.

Foroutan, who now lives in Los Angeles with her husband and daughter, was born in Iran and spent her early childhood there. The Girl From the Garden, which was inspired by her own family’s history, tells the story of Asher Malacouti, the head of a prosperous Jewish family living in Iranian, whose young wife, Rakhel, is unable to bear him a son.

“In her accomplished, arresting debut, Foroutan tells a story almost biblical in its basics. People in a mixed, but very religious, clan-determined society in Iran have their lives and roles set out in firmly dictated ways. Conflict ensues when what is prescribed doesn’t happen as it should and when basic human longings for autonomy and a sense of self start to emerge,” said Rick Simonson of The Elliott Bay Book Company in Seattle, Washington. “Foroutan writes of a family’s unraveling in a powerful story that will vividly live on in the reader’s memory and imagination. Brilliant!” 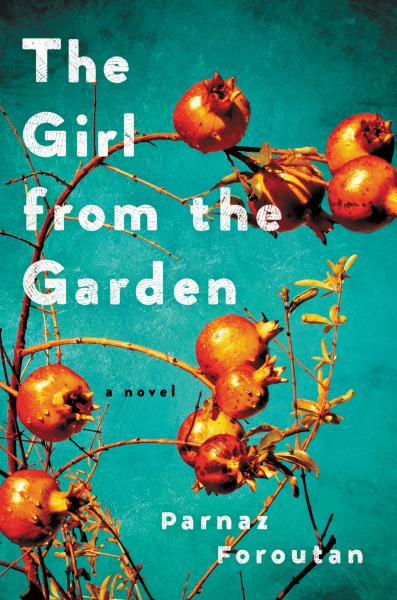 In what ways is The Girl From the Garden molded after your own family’s history?

Parnaz Foroutan: The bones of the story, the narrative about the two brothers, are part of our family’s oral history. I listened to the elders of my family talk about the older brother Asher’s circumstances, how his very young wife Rakhel couldn’t have a child. Asher took a second wife, but she, too, failed to conceive, and there was a very timely scandal that allowed Asher to divorce her without much shame on his behalf. The younger brother, Ibrahim, felt so distraught about Asher’s situation, that he made a decision — a sacrifice, really — that ultimately led to the death of his own young wife.

Now, there are arguments within my family about how that girl died, and this is one of the themes explored in the book. There are also very strong feelings about Rakhel’s character, but the elders who I listened to growing up were children themselves when they knew Rakhel, who was already the established matriarch of the home. They knew her as an older woman, but no one really had any information about her as the young, barren first wife of Asher. And this is where I step in, as the storyteller, and I try to reconstruct, with a combination of myth and “fact” and history and psychology and all that good stuff that comprises imagination, to tell the story of Rakhel and the other women of that household.

Why did you choose to write the novel in the voice of the elderly and ailing Mahboubeh Malacouti?

PF: Well, one reason is precisely to point out that narratives are unreliable. All narratives. That when someone tells you a story, say on the evening news, that story is constructed. But there are several other reasons, too. One is that I wanted to play with structure, to have fun with it. I am foremost a student of literature, and one of the reasons why I love to read is that reading allows me to step outside of my own existential experience and be someone else. I get to feel through the character. I remember reading Slaughterhouse-Five in my teens, and there is a point where the main character loses himself in time. He steps out of the illusion of the chronological sequence of events. I was blown away by this idea that time is not as we experience it.

I’ve explored this idea for decades, through science, through literature and philosophy and religion, and when my own maternal grandmother, who Mahboubeh is fashioned after, began to experience the onset and progression of dementia, I was a witness to her navigation of time and sequential experience and it was amazing to watch. Certainly, it is terrifying, but it is also very interesting. She could slip in and out of time and space. I wanted to create that experience for readers, the disorientation of self and identity when you lose the ability to follow your own linear narrative. I wanted the reader to feel this shift within the structure of the story, so that in their experience of the text, the reader actually feels what this must be like, and it is disorienting. There is a sense of feeling lost when one minute you are in Kermanshah in 1917, fully engrossed in the things you see unfolding before you, and then you find yourself, again, in present-day Los Angeles, alone in a garden. It’s good to feel lost sometimes, no?

As someone who experienced the story as part of your family’s oral tradition, what were some of the challenges you faced while writing The Girl From the Garden?

PF: You know, I struggled for several years with the idea of “truth.” There existed so many variations of the same story, depending on who told it. And not just that, but the history books, too, are conflicted in their versions of truth, depending on who wrote them. So I was stuck trying to figure out how to tell a truthful story among so many variations of truth. It wasn’t until I realized that this is a futile task, that the truth I wanted to write about couldn’t exist, that the oral stories, the formal histories, the primary sources — all those were constructed narratives, and all constructed narratives require an element of imagination. They are told from a perspective, they omit certain things and embellish others, and so forth. This is one reason why I chose an unreliable narrator, and why the prologue begins as it does. I want the reader to know that truth is not concrete, that this story can be told a thousand different ways.

After spending your early childhood in Iran, your family moved to Los Angeles. What was that experience like for you?

PF: This, too, is a disorientation of self and identity, the immigrant experience. You exist for a while in a particular reality, and then, all of a sudden, the rules, and the concrete stuff, too, like the mountains and the weather, the smell of the earth, and the sound of the language spoken — all this shifts. As a child, this is very traumatic. True, kids can adjust, but I feel that a sense of mistrust in “reality” develops in kids who have emigrated from one distinct place to another. And, frankly, this may not be a bad thing. Because you learn not to take things at face value, you know that it could be another way, by token of your own experience. And so you question.

I’m also a teacher by trade, and we spend so much time trying to teach kids how to think critically. But maybe the best method of teaching this is to pull kids out of what they know and invite them to experience something completely new and different. Something foreign. I guess this is why it is so important to also open up the canon of literature to voices from places other than our own, because literature does this as well. It allows you to experience something new and different and foreign; it pulls you out of what you know and shows you something new. How lovely, right? When we read books, we are immigrants. The rules change, the mountains, and the smell of the earth.

How has your experience as an Iranian immigrant in California inspired Mahboubeh’s character?

PF: There is also a sense of loneliness to the immigrant experience, particularly if you come from a place of tight-knit community to the sprawling isolation of Los Angeles. I felt this very acutely as a child. I didn’t speak English, I was pretty lonely on the playground, and, for a while, I lived in silence. While my own grandmother was extraordinarily able to adapt and succeed in the U.S., there was still a sense of loneliness and loss in her, especially when she got older and couldn’t leave her house much. In the story, Mahboubeh exists in that place of loneliness and loss.

In your opinion, what role do independent bookstores and booksellers play in the art of storytelling?

PF: I think independent bookstores are one of the last “safe havens” for community around storytelling in this time of mass commercialization of the written word. There is something to be said about the human experience of talking about stories. I had an interview that went a bit sour once, because I said that Internet communities didn’t allow us this experience. It certainly does allow for a sort of community, but I’ve got to tell you, there is something to talking, in person, about a book. That discussion creates this energy, this warmth, this intimacy that you can share with a complete stranger. I swear, there is something to it on a quantum level, all those atoms excited by ideas, bouncing off one another… Ones and zeros don’t really allow for that, not in my experience. And, certainly, that sort of homogenization of storytelling and book selling doesn’t allow for that thrill of discovering something new, something different, either.