Peternelle van Arsdale, a book editor in New York City, is the author of The Beast Is an Animal (Margaret K. McElderry Books/Simon & Schuster), a young adult debut selection for the Winter/Spring 2017 Indies Introduce program and a Spring 2017 Kids’ Indie Next List pick.

The Beast Is an Animal, a haunting and atmospheric novel, follows teenager Alys, who has a secret talent that she must use to save her village from the encroaching darkness.

Katherine Megna-Weber, who served on the Indies Introduce Children’s Debut committee, is a bookseller at Books Inc.’s Laurel Village location in San Francisco. Megna-Weber recently spoke to van Arsdale about her inspiration and writing process for The Beast Is an Animal.

Katherine Megna-Weber: The Beast Is an Animal definitely has a fairy tale feel. Did fairy tales have a big influence on your childhood, and did you have those tales in mind while writing Alys’ story? 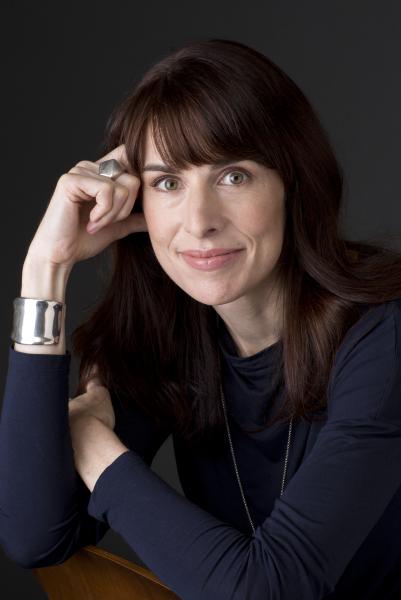 Peternelle van Arsdale: Classic fairy tales, particularly those by the Brothers Grimm, were very much an influence on me. I read them over and over as a child, even past the age when I was reading full-length novels. I was fascinated by them and their darkness, their trickiness. The fairy tale I was possibly most obsessed with is “Rumpelstiltskin.” That story packs it all in — abandonment by a parent, greed, deceit, monstrosity, abuse of power. And no one in the tale is pure, not even the young woman who is forced to do the impossible — to spin straw into gold. She makes a promise to a little man who saves her skin, only to betray him in the end in order to marry a powerful man who has threatened her life. But as awful as that powerful man is, he’s a king — and rich — so she’s willing. Everyone thinks Rumpelstiltskin is the monster in that story, and of course he’s no angel, but is he really more monstrous than the king, or the girl’s own father who got her into that mess in the first place? It’s a fascinating story. The idea that goodness and badness exist in all of us — and in places we wouldn’t expect — is inspiring to me.

KMW: Throughout the novel, there are several references to females being considered less than their male counterparts. What sort of conversation on gender roles and stereotypes do you hope teen girls (and boys, for that matter) will have after reading your book?

PVA: I like to think my novel is all about perception versus reality — which is what gender roles and stereotypes boil down to. The members of the farming community in my novel assume that girls can’t contribute to the running of a farm. They expect girls to be weaker and less capable. Therefore, a woman who doesn’t give birth to sons is less valued, as are the girls to whom she gives birth. Because of this set of expectations, girls in that community aren’t given the opportunity to prove themselves capable, and so the stereotype continues. We’re creatures of habit who trust the beliefs that are whispered and taught and preached and lectured into our ears from birth. I hope that any number of scenes in my novel will spark conversations about choice and opportunity. What choices and opportunities did the individuals have to be better, to think more broadly, to question authority, to defy expectations? What choices and opportunities do we have in our own lives? What is real versus what is narrow-minded assumption?

KMW: Superstition and beliefs play an important part in your novel, and your characters’ superstitions are often closely linked with the fear of difference and things that cannot be explained. What do you hope teens who are struggling with being different take away from the story? 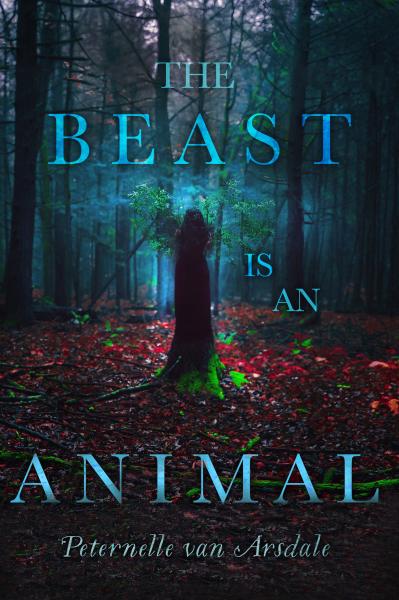 PVA: My protagonist, Alys, struggles with tremendous shame. In addition to suffering because she’s different and treated badly, she worries that she really is awful, even monstrous. I think so many of us who’ve had this experience suffer in a twofold way: there is the sense of isolation that comes with feeling different, then there are the murky, sticky, dark feelings of self-loathing that are possibly even harder to shake. What I hope teens take away from this novel is that we’re all monsters and we’re all good. We’re all small-minded and we’re all loving, and we’re all brave and we’re all weak. Others may define themselves as better and more acceptable; we may define ourselves as wrong and unacceptable. But those definitions are shallow and inorganic. We have to commit ourselves to uprooting them, and to resist defining and confining others to the same degree that we don’t wish to be defined and confined ourselves.

KMW: There are certain elements of the towns of Gwenith and Defaid that brought to mind Salem Village. Did you have a specific era or place in your mind while writing?

PVA: Gwenith and Defaid are my own inventions — Gwenith means “wheat” in Welsh (it can also mean “fair,” like the color of wheat), and Defaid means “sheep.” I didn’t specifically imagine Salem, although certainly Salem Village is an example of the kind of community I was thinking of, one that is governed by fundamentalist, puritanical beliefs. My goal was for the landscape to feel timeless, just as a fairy tale would. Someone recently said to me that she felt the time period could just as easily be 500 years in the future, or 500 years in the past, and I like that.

KMW: You use an alternate spelling for many of your words in The Beast Is an Animal. For example, “Alys” is an older, more archaic version of “Alice,” while “forest” has two Fs, as do a few names, like Ffagan. What is the significance of the different spellings, and was it a deliberate way to invoke an Old English feel?

PVA: This was utterly self-indulgent on my part. I had a host of names to come up with and I didn’t want them to be either standard or purely invented. Since childhood I’ve had a romance with Wales. I’ve always wanted to go there. It seemed to me like the most romantic place — rocky coastlines and mist and the most wonderful accent in all the British Isles — so I decided to use Welsh names for people and places in my novel. The Welsh language loves the letter Y, and it loves double consonants, hence Alys and fforest and Ffagan. After I was well into the novel and had already committed myself to the names, I was able to make a trip to Wales and it was every bit as magical as I’d hoped, so I’m quite happy to have made my little tribute to that beautiful country. I did some research on sheep and sheepdogs while I was there, and certainly that gorgeous coastline is in my book.

Find out more about the author by visiting peternellevanarsdale.com.