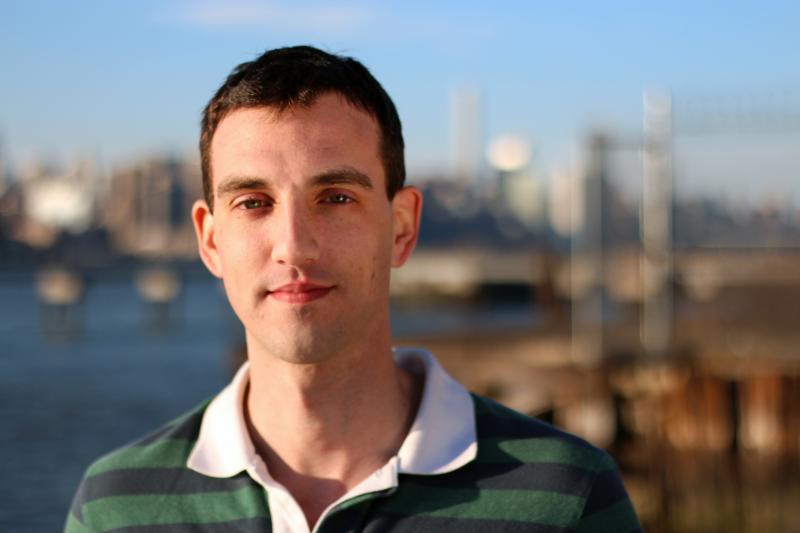 Rafi Mittlefehldt is the author of the Summer/Fall 2016 Indies Introduce young adult debut It Looks Like This (Candlewick), a coming-of-age tale about teenage Michael’s first love and his first loss.

Diane Howell Robinson of Eagle Eye Book Shop in Decatur, Georgia, who served on the Indies Introduce Middle Grade/YA panel, called Mittlefehldt’s debut “a moving, thought-provoking story of acceptance and self-love that is perfect for everyone of middle-school age and above.”

Raised in Austin, Texas, Mittlefehldt worked as a reporter for a small-town newspaper and freelanced as a theater critic for Exeunt magazine; he now lives in New York City and works in book publishing. Mittlefehldt recently discussed It Looks Like This with Robinson. 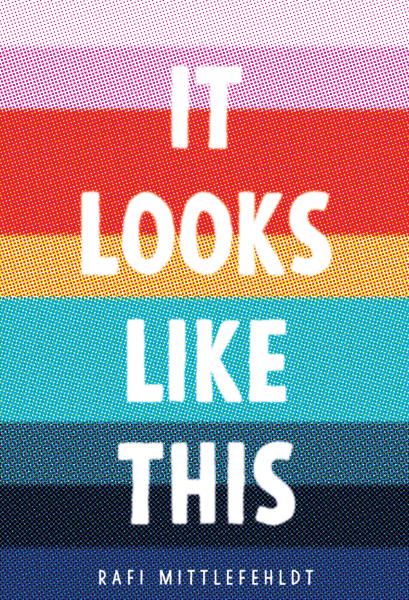 Diane Howell Robinson: What was your inspiration for It Looks Like This?

Rafi Mittlefehldt: I read Jim Grimsley’s Dream Boy when I was maybe 19, when LGBT fiction was still very much a niche, and immediately fell in love with the writing style. It’s so flowing and elegant, gorgeous in its simplicity.

I’ve always been interested in gay stories, but I think that was the catalyst. It was still on my mind years later when I decided I wanted to write a novel about a gay teen, to tell the story of how he comes to terms with being himself and what that means. I knew that I wanted him to be sweet but awkward, withdrawn and uncomfortable in his own skin. Most importantly, I wanted the writing to be completely saturated by that personality, so that every bit of description and recounting of dialogue sounded like he was telling the story.

DHR: Mike is a budding artist. What was it like to write such detailed visual descriptions?

RM: Drawing is sort of a coping mechanism for Mike. It’s cathartic and lets him focus intently on specific visual details, to get lost in what he’s creating. When he needs to cope and he can’t draw, he’ll lose himself in the details of his surroundings instead. He navigates some of the most uncomfortable moments in the book by recording all these tiny, seemingly inconsequential observations of his immediate world: the dust in the air vents in Trooper Manske’s car, the dripping wine on the beach, the sunlight behind the pastor at the camp.

So when writing those moments — both the real-life observations and the descriptions of his drawings — I tried to make the tiny details seem more significant than they otherwise should be. Like, it’s only important that there’s dust in the air vent because that’s what Mike happens to lock in on at that moment. Those details were necessary to include because they were important to Mike, because they helped him get through what he needed to get through.

DHR: The detailed description of art helps readers learn what Mike is thinking and feeling. Is Mike’s attention to detail a trait you also have? What are some of Mike’s characteristics that resemble your own, and in what ways?

RM: I think I have a similar habit of noticing small, unimportant details like Mike does, and often during uncomfortable or anxious moments. Because of that, I develop weird associations between those memories and the random things I happened to be staring at when they happened.

Maybe a bigger thing is our shared habit of deferring to others’ wants. I used to be much worse about it as a kid, even though my parents are amazing and nothing like Mike’s. It took me a long time to understand it was okay for me to make decisions based on what I wanted for myself, rather than what I thought other people wanted for me. Mike is even worse about it than I was, and that becomes a central source of conflict in the book.

RM: I have an older brother, but our relationship is and always has been pretty different from Mike and Toby’s. And our personalities are very different from theirs. So it’s hard for me to say if real life had much influence in the way I wrote Mike and Toby — maybe some stuff crept through subconsciously? But more likely, I only used my experiences for the smaller stuff: having to make sure your sibling is asleep before sneaking out, the feeling of camaraderie when you team up against a parent, that sort of thing.

DHR: Are you an artist yourself? If you could have another creative outlet besides writing, what would it be and why?

RM: I am definitely not an artist. Let’s just say my youngest nephew’s already outpaced me there.

I wish I could play piano. Like, not just read music, but make up melodies just by sitting down and playing. I’m always so impressed by (and jealous of) people who can do that; it just seems like it would be so deeply rewarding. Unfortunately, like learning other languages, knowing how to play piano is something I desperately want but have zero discipline to learn. I did take six months of it in eighth grade, though. (It didn’t go well.)