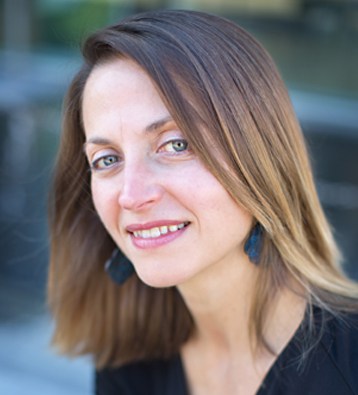 Sandra Evans is the author of This Is Not a Werewolf Story (S&S Kids/Atheneum), a Summer/Fall 2016 Indies Introduce debut novel for middle-grade readers and a Summer 2016 Kids’ Indie Next List pick.

“This is not a werewolf story,” said Lisa Nehs of Books & Company in Oconomowoc, Wisconsin, who served on the Indies Introduce Middle Grade/Young Adult panel. “It is a story about family, friendship, love, loss, and betrayal. Raul is one of the most interesting and intriguing characters I have read in a long time. I desperately wanted to be his friend. This book is a wonderful mix of mythology, mystery, and suspense. Definitely put this one on your summer reading list.”

Evans, a writer and teacher living in the Pacific Northwest, holds a Ph.D. in French literature from the University of Washington. This Is Not a Werewolf Story was inspired by her favorite 12th-century French tale, Bisclavret by Marie de France, which tells the story of a werewolf who is trapped in lupine form by his wife.

Here, Nehs talks with Evans about her debut. 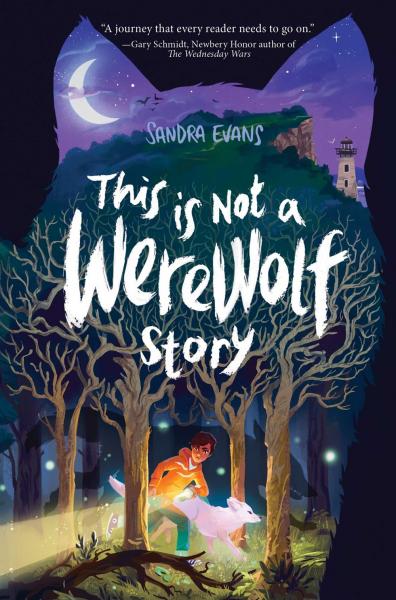 Lisa Nehs: The title of your debut is attention-grabbing, drawing readers to it and making them wonder what will be inside. How did you decide upon the title?

Sandra Evans: When I first started looking for an agent, I sent the story out to a few with the title A Secret You Must Keep. Pretty quickly, an agent asked to see the first 50 pages. I was elated. The rejection came back just as quickly — within days — along with the comment, “I’m not really looking for werewolf stories right now.” I remember standing in my empty house and saying out loud, “But this is not a werewolf story.” And that’s how I found the title. Which is very fitting since this story was created from and through and because of rejections.

LN: You mentioned in your author’s note that you wanted to take an old story and make it new again. Why did you choose Bisclavret as that story?

SE: I chose Bisclavret in particular because my son came home from school one day and had read it in a picture book! I was so surprised. I had never thought of it as a story for kids; the themes in it are very mature. I had been working on an academic article on it for a couple of years. But my agent was trying to find a home for a historical novel for adults that I’d written, based on a medieval epic, and I knew that the best way to deal with the onslaught of rejections was by starting another story. And for the first time, I had company in a creative endeavor. My son was full of ideas about what should and shouldn’t be in a book for kids his age. Top of the list: don’t make it so sad. After that: make it exciting.

LN: The boarding school where Raul and his friends live provides a unique and rich setting for the story. Where did the idea for a school on a cliff surrounded by a magical forest come from?

SE: The novel started out as conversations between my son and me. We thought of all the things that you typically find in middle-grade books — mean gym teachers, abandoned children, boarding schools with bad food and secret rooms, beloved dogs. We both wanted to tweak everything just a little and play with the expectations of our readers. In addition, the original medieval story takes place in the forest and the king’s court. I thought a boarding school, which is already such familiar terrain to young readers, would perfectly translate the claustrophobic, socially treacherous space of the medieval court.

The forests in Marie’s stories are always full of marvels. To me, the woods in the Pacific Northwest are magical too. The way light and water stream through the trees, all the different shades of green, the smell of seawater and wood — it’s all so meaningful beyond words.

Even though I no longer live on Whidbey Island, photos of it are all over my house. My husband and I got married on a cliff at Fort Casey with Admiralty Head Lighthouse just behind us — so maybe that’s why I thought of putting the school there.

LN: You have many interesting characters in the book that each have distinct personalities, strengths, and flaws. Were some of the characters more difficult to write than others?

SE: Mary Anne is, of course, my version of Marie de France, who loved languages and literature and blending legends from all the different cultures that surrounded her. Most of Marie’s stories start with the story of a word — where it came from, what it means. So Mary Anne is my author, etymologist, and collector of shape-shifting tales. She’s sketched after some of my students — young women who were born natural leaders.

Raul is a mix of me and my son. I was so quiet as a kid, but my son is as chatty as they come. So Raul is my son’s voice and my silence. He wasn’t hard to write at all. My only concern was that other grownups wouldn’t believe a boy of that age could be as aware as Raul is. My son’s talkativeness has been a constant reminder of the depth and breadth of children’s awareness and emotional intelligence. It’s only as we get older that so many of us start to fall asleep to what we were as children. I don’t think there’s any time in our lives when we are more perceptive.

Vincent was the hardest to write. I think it’s because he doesn’t know who he is. That’s hard to shape. And what he does is really, really awful. What he does is far worse than what Tuffman does. He’s the murkiest character, with the good and bad in him all jumbled up. Tuffman knows and accepts what he is. Vincent can only see or admit to the half of himself that charms and seduces. His blindness to himself is why he’s capable of such treachery.

LN: Will there be more stories about Raul in the future?

SE: If my son and I feel like readers would like another story, we will try to write one. We have some ideas for what could happen next. There are definitely some threads to follow. In the meantime, I’ve written a YA novel that’s kind of a prequel. It’s set in 5000 B.C. in Southwestern France and it sketches the origins of the magic. I can see the shape of another one, set in the 19th century. At the same time, my son and I both wanted this story to stand alone, on its own. And I like the open ending, because I think it’s realistic without being too sad, and fairy tale-ish without being too happy. Sometimes in life things change — and not for the better. It takes a while to adjust. And then life doesn’t just go back to the way it was. That’s what change is; that’s metamorphosis.