Brown was born and grew up in the Southern U.S., and made a career for himself in journalism before becoming a television writer. His work has been published in Entertainment Weekly, Wired, and GQ among other publications, and he has recently written for HBO’s adaption of Gillian Flynn’s Sharp Objects, the critically acclaimed TV series Manhattan, and is currently a writer-producer on Hulu’s adaptation of Stephen King’s Castle Rock.

Cathy Berner of Blue Willow Bookshop in Houston, Texas, who served on the panel that chose Brown’s book for Indies Introduce, described the book: “High school sophomore Will Daughtry — just shy of five feet tall — wonders if he will ever grow any taller. When he comes across his step-brother kissing his best friend (and secret crush), he feels more alone than ever. And then he starts to grow. And grow. And grow some more. His new height means new opportunities and new relationships, but it also distances him from his closest friends who mean so much to him. A wonderful coming-of-age story with an almost unbelievable premise and a wonderful voice!” 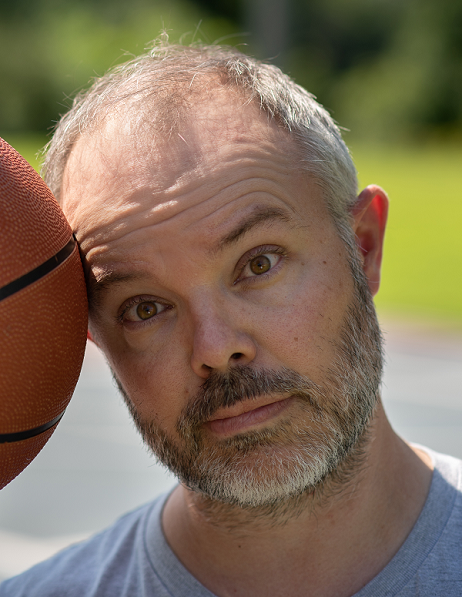 Here, Berner and Brown discuss the differences between TV and novel writing, and his decision to write a YA novel.

Cathy Berner: Congratulations on writing a wonderful novel and on making the Indies Introduce list. What made you decide to write for teens?

SB: My brain’s a glitchy meat-pie in many ways, but one thing it’s good at is remembering details and sensory-data and fear-responses and emotional marginalia from my early-to-late-adolescence. I’ve got pretty molten-hot memories of most of the things I did wrong when I was young. Turns out there’s a market for well-archived folly. When I found the right story prompt -- which was actually presented to me by two fellow authors, Dustin Thomason and Michael Olson — I plugged all of that in and hit “Play.”

CB: You’ve written for Manhattan and serve as writer and producer on Sharp Objects. How does writing for TV differ from writing a novel? What’s similar?

SB: Writing for TV is different from writing a novel in every way except one: The willingness to fail big and fail big, all in the service of finding one good thing you can use, going forward. All writing is getting out of your own way and looking for the simplest, most parsimonious path to honesty. That’s harder than it sounds, because your way forward is always barricaded by ego and self-doubt.

CB: In XL, you address the painful transition of adolescence, but you fill the novel with so much humor. How did you balance that?

SB: For me, it’s not about balance: It’s about survival. And expression. A whole dark-matter-ish chunk of existence isn’t intelligible at all without humor, in my opinion. If this stuff isn’t funny, it’s just bewilderingly sad. I say this as the guy who’s never the funniest person in any room, but who’s always gravitated toward funny people because they can look life in the eye for longer without blinking.

CB: What’s the most surprising thing about being a published author?

SB: That I’m a published author. I always wanted to be, but at some point, I thought: You’re just never going to have the will/confidence/time/talent. This book came along just in time.

CB: Balancing your varied writing career must be a challenge, but do you have time to read? If so, what do you read?

SB: I don’t have nearly enough reading time, and I’m trying to correct that. By May, if possible. Evenings and weekends used to be my reading time, and one of my favorite feelings was being close to the end of a book I’d enjoyed tremendously, and “sneaking it” at work, cheating on the pay clock, because I couldn’t stand being away from it. Now I’m my own boss, and I can’t cheat on me. If I’m awake, I’m either with my kids or writing my own stuff or revising a script or on the phone with another writer, trying to break a logjam. For a palate cleanser, I read political commentary/analysis, which is NOT an anything-cleanser, really. It’s not a healthy mind-diet. And it’s not sustainable. My brain needs a life, or else it’s going to crumple up like a straw wrapper.

The first book I can’t wait to read is Elizabeth McCracken’s Bowlaway. After that, it’s Julie Buxbaum’s Hope and Other Punchlines and Jennifer Smith’s Field Notes on Love and Andrew Smith’s Exile from Eden. Plus, I get a sneak peek at David Maclean’s work-in-progress (Read him. He’s great. The Answer to the Riddle Is Me: A Memoir of Amnesia is a certified WOW). I want to spend the summer with The Man Without Qualities, which was recommended by the brilliant writer-essayist-thinker David Auerbach, and which has been on my guilt-shelf for a while.