Tricia Levenseller is the author of Daughter of the Pirate King (Feiwel & Friends/Macmillan), a Winter/Spring Indies Introduce debut novel for young adults.

Levenseller grew up in a small town in Oregon and now lives in Utah near the Rocky Mountains. She studied English and editing in college and writes historical fantasies for teens.

She and Albrecht recently had the opportunity to meet during the Indies Introduce featured talk at Winter Institute 12, where Albrecht, who is the children’s manager and buyer at Flyleaf, posed a few questions to Levenseller.

Johanna Albrecht: Our Indies Introduce committee loved this book, and I especially loved the powerful and intelligent narrator (and namesake of the book), Alosa. Are there are any qualities in Alosa that you pulled from your own personality, or some that you wish you had yourself? 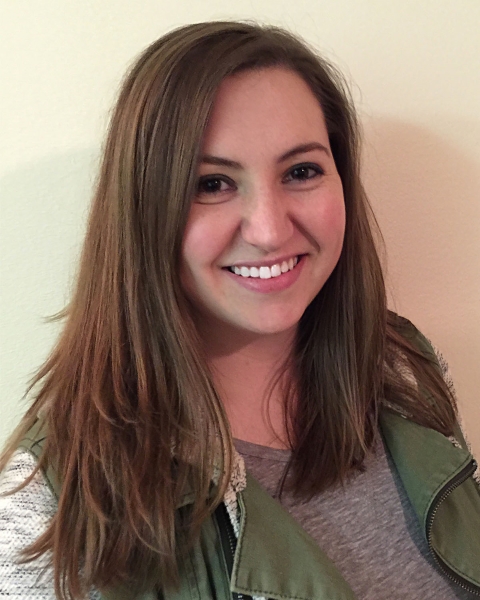 Tricia Levenseller: First off, thank you so much! I’m so glad the committee loved the book! I think the main trait I pulled from my own personality is Alosa’s sarcasm. Everyone in my family is very sarcastic and sassy, but I’d like to think that I have a better sense of when it is or isn’t appropriate. Alosa has no such restrictions. She does what she likes when she likes. Alosa, however, has many qualities I wish I had: her confidence, her ability not to care what others will think, and her sword fighting prowess (of course).

JA: Presumably, you don’t have direct personal experience with piracy, large vessel sailing, or hand-to-hand combat. How did you conduct your research for this book? Did you seek out any hands-on adventures for the sake of authenticity?

TL: I relied on the Internet for so much of my research. I had to learn about different kinds of sailing vessels, how many people they could hold, how fast they were. I had to learn about a ship’s rigging, how the sails worked, what the different parts of a ship were called. Sadly, I didn’t have any opportunities to get hands-on experience with any of these things, but I can say that I’m going on a pirate cruise in March. I will be on an actual ship, be free to climb the rigging, and see firsthand how a ship really works. I’m very excited for the opportunity to have this kind of experience, and I hope it will improve my writing for any future pirate books. Also, it’s just going to be really fun!

JA: I appreciate that Alosa is physically strong and cunning but also cares about her appearance and hygiene. Was this balance of traditionally masculine qualities alongside the feminine important to you as you crafted the two main characters?

TL: This was extremely important to me. Too often, I see people being chastised for having what are traditionally feminine qualities. Some of this is evident in some of our own expressions. “Man up.” “Stop crying like a little girl.” “You’re so emotional.”

Traditionally feminine qualities are just as important as male ones, yet society treats them as being lesser. Men are ridiculed for doing or saying anything that might be construed as feminine, which is, of course, ridiculous. I wanted Alosa to have both male and female traits because there is nothing wrong with being feminine and there is nothing wrong with being masculine. Members of both genders should be free to show the qualities they innately possess without fear, because individuals are complex. It is society that tries to categorize people.

JA: Daughter of the Pirate King is full of intrigue, deceptions, and intense choreographed fight scenes. Was it difficult to write such tense situations? How do you balance yourself as a creator when handling violence in your work?

TL: Because these are the scenes that are the most fun to write, they are actually the easiest a lot of the time. After you’ve been writing a long time, it becomes easier and easier to put yourself into a different mindset and act like a character vastly different from yourself. There are some despicable personalities in Daughter of the Pirate King, but we must create villains if we’re to attempt to overthrow them. I’ve found that the more evil a bad guy is, the more satisfying it is trying to take him or her down. Remembering that helps me get through writing those rough scenes.

JA: Have you always loved pirates? Do you have a favorite pirate from history or fiction?

TL: My love for pirates started when I saw the first Pirates of the Caribbean movie. I was blown away by the aesthetics: ships, cannons, single-shot pistols, cutlasses, compasses, telescopes, tricorne hats, justaucorps coats, boots — even the ocean. I’ve always loved stories told with historical settings, and being transported back to the Golden Age of Sailing was incredible. On top of this, the plot of the story was incredible. Elizabeth is kidnapped and Will must save her. Also the pirates are cursed! The movie is packed with action and adventure, romance, and humor — all of my favorite elements.

When I decided I wanted to write a pirate book and began researching, I discovered the real female pirate Ching Shih. Her story is incredible. She went from being a Chinese prostitute to captaining 80,000 men. Three different governments tried to stop her pirating, but eventually they settled for offering her a ton of money and a pardon for her and all her men if she would retire from pirating. She took it and died at the old age of 69. Real female pirates existed. Women can be brutal, talented swordsmen, and excellent leaders — qualities that are thought to be more befitting of men. Women can and do have these qualities, and it’s important to me to write heroines who do as well.

JA: Who are the heroines you looked up to as a child? Did any real or fictional heroines inspire you during the writing process?

TL: All the women in my family were (and still are) my heroines. My mother, grandmother, and aunts are all such talented and strong individuals. We’re all very close, and it was amazing having so many role models in my life while growing up.

As I grew older, other writers became my inspiration as well: J.K. Rowling, Tamora Pierce, Suzanne Collins, Richelle Mead, Rae Carson, Robin LaFevers. They write such round female characters, and I aspire to write stories as wonderful as theirs. As for fictional heroines, Rose Hathaway from Vampire Academy is still probably my favorite character of all time. She’s similar to Alosa with a “punch first, ask questions later” sort of mentality. I love her sharp wit, fierceness, and strength.

Learn more about the author at tricialevenseller.com.