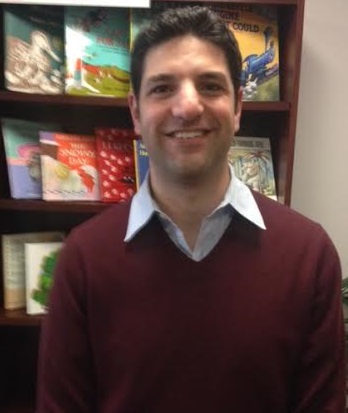 This week, the American Booksellers Association welcomed Matthew Zoni as the new ABC Children’s Group Manager. Zoni will be the association’s point-person for children’s booksellers and, working closely with other ABA staff members, will oversee the management of the ABC Group’s programs, including educational offerings for children’s booksellers at the Winter Institute, BookExpo America, and the Children’s Specialty Institute; the ABC Silent Auction; the Author Tea and Speed Dating events in conjunction with the Children’s Book Council, at BEA; the annual ABC Best Books for Children Catalog; and other projects.

Zoni comes to ABA with more than a decade of bookselling experience and a passion for children’s literature. After earning a degree in communications from Ithaca College in upstate New York, he began a 13-year career at Barnes & Noble in various locations in New York City. He held a number of positions at B&N, including frontline bookseller and community relations manager.

In the latter position, Zoni was tasked with coordinating many high-profile author events, as well as maintaining relationships with local schools. He organized institutional ordering and arranged a large number of school field trips to the bookstore and especially enjoyed any chance to suggest a title to a child. Zoni also acted as a liaison between literacy organizations that partnered with B&N to provide free books to underserved populations.

“I learned a lot about children’s literature and matching kids with books they’ll love,” said Zoni, adding that he now has a one-year-old son, which lets him “look at children’s books from the perspective of a parent.”

Long a fan of indie bookstores, Zoni frequented Buffalo Street Books while attending school in Ithaca and would stop in at river’s end bookstore during visits to his hometown, Oswego. In recent years, he has been making annual visits to Eight Cousins during family vacations on Cape Cod.

Zoni appreciates ABA’s role in providing a wide range of resources to independent stores, and he is eager to contribute to these efforts.

“I’ve always been aware of bookselling beyond Barnes & Noble and how integral a bookstore is to its community,” said Zoni. “I’m looking forward to being able to support independent booksellers and am excited about the opportunity to become more involved in children’s bookselling.”

In his first week at ABA, Zoni already has his hands full with creating educational content for Winter Institute 2014, as well as for the Children’s Institute in the spring. Zoni said that he is eager to connect with children’s booksellers across the country and hopes to meet many of them in person at the Winter Institute.