The Last Word Bookstore to Open in Fort Worth

Paul Combs will fulfill his childhood dream of having his own bookstore when he opens The Last Word Bookstore, on Friday, May 27, in the Fort Worth, Texas, neighborhood of Near Southside. 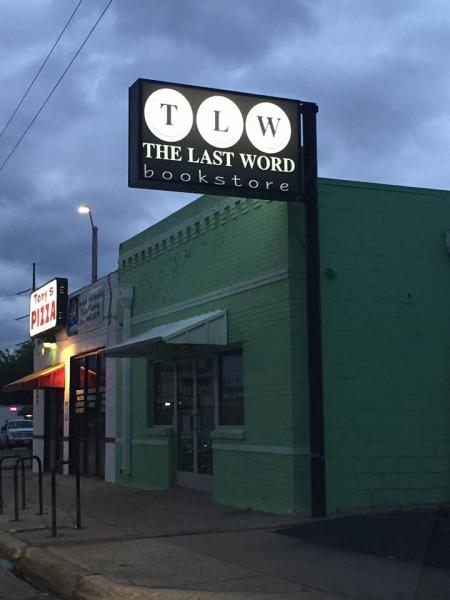 “I’ve wanted to have a bookstore since I was six or seven years old. That was the first time I really remember my mom taking me to one,” said Combs. “But then life intervened and that never really came about.”

Combs’ job at an oncology management company was recently outsourced to India, “so I was basically faced with starting over at age 50, either looking for a job in an industry I wasn’t really crazy about, or taking my severance and starting over,” he said.

With that, Combs made the decision to open his own general interest bookstore, and hasn’t looked back since. In December 2015, after he learned of his job’s outsourcing, Combs launched a GoFundMe online campaign to raise money to cover start-up costs. The campaign, which offered contributors lifetime discounts ranging from five percent off for a donation of $25 to $99 to 25 percent off for donations of $5,000 and above, raised more than $9,000 in five months.

Though the process of rushing to open the store has been stressful, Combs said he wouldn’t trade it for anything.

“I’m probably working harder than I ever have in my life to get things going, but I’ve never been happier doing it,” said Combs, who will work in the store full time with part-time help from his two daughters. “When I first found out I was getting laid off, I asked my youngest daughter if it would be crazy to open a bookstore, and she said to me, ‘No crazier than if you were to keep talking about it for the rest of your life and not do the one thing you’ve been wanting to do.’” 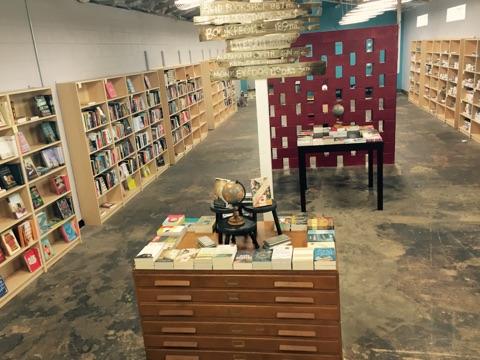 The store — 2,700 square feet of space housed in a former beauty salon — is very open, Combs said, with shelves lining the walls and a couple of seating areas that will soon be populated with chairs and small tables. Its inventory will feature more fiction than nonfiction as well as a wide selection of local and independently published authors. Since The Last Word is located near the children’s bookstore Monkey & Dog Books, it will feature a relatively small section for young readers.

Combs added that he plans to turn the store’s back alcove into a kind of miniature art gallery by offering wall space to local artists. He has also been working with Fort Worth South, Inc., a nonprofit neighborhood development company, to line up local authors for appearances at the store.

Combs is also looking forward to starting several book groups and has already had a few people in the neighborhood express interest. His first idea for a book club is “Around the World in 80 Books.”

“For this book group’s first big display, I went through and found 80 books, each by an author from a different country,” he said. The first book/author comes from nearby Archer City: The Last Picture Show by author and independent bookstore owner Larry McMurtry. 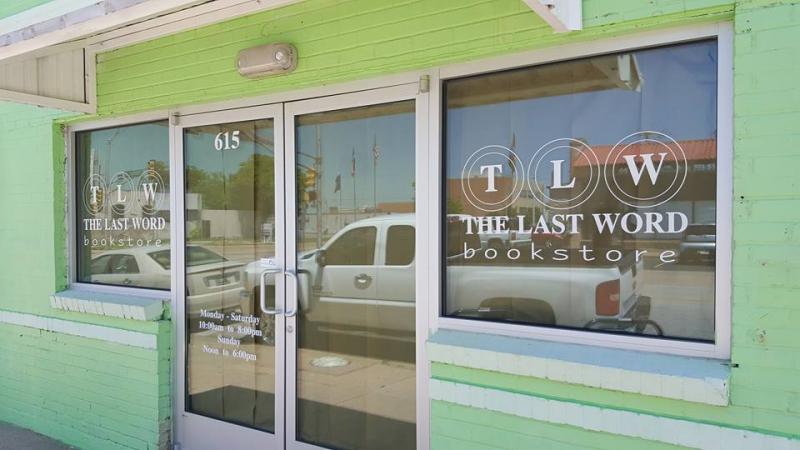 Combs, an author in his own right, has independently published the two-book series The Last Word and The Last Word: Writer in Residence, about two cousins who inherit a bookstore from their uncle and their misadventures as they try to make it in the book business.

“It’s definitely life imitating art, with a quote around art,” said Combs. “One thing I’d been frustrated with as an independently published author is that I couldn’t get my book into bookstores because it wasn’t done through a major publisher. The discount was lower, and a lot of times it wasn’t returnable.”

“Now that I am a bookstore owner I understand that a lot more. Being able to return stuff is a big economic benefit,” he said, “but I would like to be able to be a place where local authors could have their books in the store.” 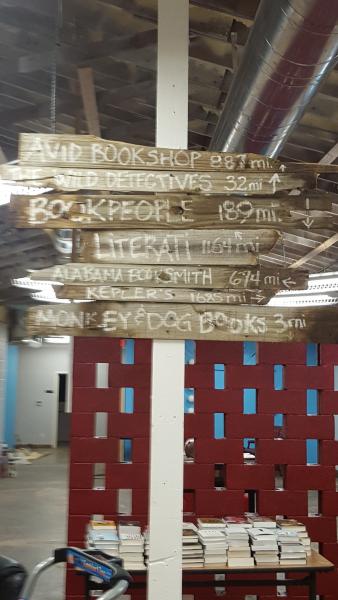 To this end, Combs said he plans to implement a consignment model that will allow him to sell books by independently published and local authors. It is frustrating, he added, to see franchises and ghost-written thrillers dominating the bestseller lists, when there are many other books out there that are also worthwhile reading.

“There is a world of stuff out there that people don’t see and are never going to find in an online search, that you won’t find unless people put it in your hand,” Combs said. “Somewhere out there is the next Hemingway who just got told he can’t get published because there is no bondage or vampires in his books.”