Steve Fischer, the executive director for the New England Independent Booksellers Association (NEIBA), announced on Thursday, October 19, that he has given notice of his retirement to the organization’s board of directors. 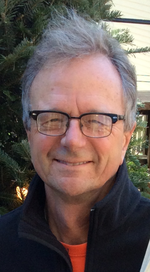 Fischer, who has been in the position since 2006, will remain as executive director until a replacement has been found and a transition plan is in place.

“There’s good and bad news with Steve’s announcement. The good news is that he’s not leaving right away; the bad news is that eventually he’ll no longer be at NEIBA,” said ABA CEO Oren Teicher. “All of us at ABA have enjoyed working with Steve and we know that New England booksellers will miss him a great deal. He’s made lasting contributions to the world of indie bookselling and we’re all very grateful for his service. We wish him well.”

NEIBA was established in 1973 as a non-profit trade association promoting independent bookselling in New England and New York; it now has over 300 members representing more than 200 bookstores.

In a letter to the NEIBA Board of Directors, Fischer wrote, “My work at NEIBA has been the most gratifying of anything I’ve done in my 47-year career. I am in awe of the professionalism, smarts, and hard work that our independent booksellers do on behalf of their authors and communities. Without them my work here could never have happened.”

Fischer began his publishing career right of out college, working in the basement stockroom of The Vermont Book Shop in Middlebury, Vermont, followed by positions at Harper & Row and HarperCollins.

During his tenure at NEIBA, Fischer created the organization’s popular “All About the Books” events, implemented NEIBA’s shop local grants and store peer reviews, restructured the association’s holiday catalog, and reinvigorated the annual fall show and conference.

“While we all wholeheartedly wish Steve well in his upcoming retirement, he leaves very large shoes to fill,” said Laura Cummings, president of the NEIBA Board and owner of White Birch Books in Conway, New Hampshire. “His knowledge, energy, and experience have been invaluable to the organization and will be sorely missed.”

Fischer’s retirement plans include spending more time on Martha’s Vineyard with his partner, Paul, and their families, continuing on the advisory panel of the Martha’s Vineyard Book Festival, traveling, and working through the piles of ARCs in every room of his house.

The NEIBA Board has appointed a search committee to find his successor.