Oblong’s Renovations Go Beyond the Bookstore in Millerton 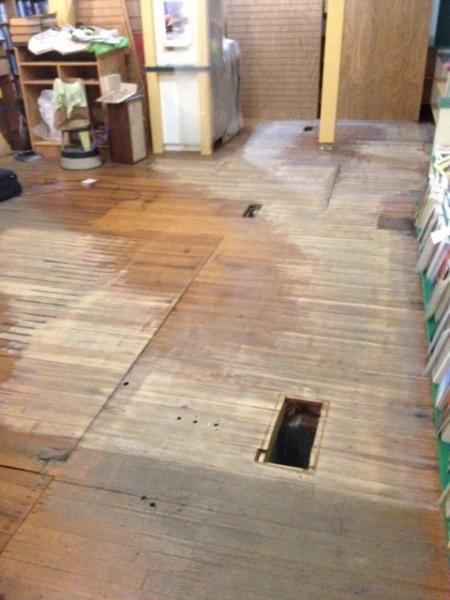 Dick Hermans, co-owner of Oblong Books & Music, which has locations in Rhinebeck and Millerton, New York, is putting the final touches on the Millerton store’s renovations, which have been months in the making. After the children’s store, Oblong Jr., received a makeover last year, it was time to focus on the general bookstore, said Hermans. With the goal of repairing 22 years worth of wear and tear –– especially to the floor –– Hermans began the project and appointed himself chief carpenter and painter. The renovation quickly turned into a much larger job, he said, as the store was in need of an entirely new layout, as well as the replacement of most of its free-standing shelves.

The new layout accommodated the many supporting beams on the first floor, and new shelving was placed against the walls. This opened up the sales floor and created a significant amount of walking space. The wood floors were sanded down and refinished with up to five coats of urethane –– all of which Hermans did himself when the store closed for the night. He also had the help of a painter, who worked on the inside front windows. The renovations , which began this spring, will be completed within the next couple weeks. 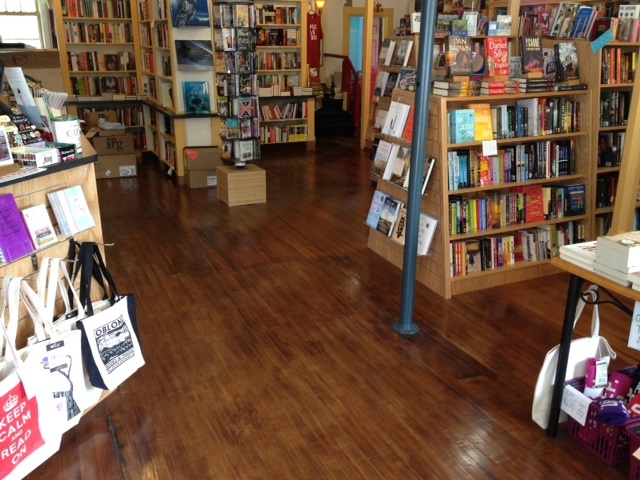 AFTER: A view of the store's entrance today.

Hermans is involved in many of the town’s affairs, including the Harlem Valley Rail Trail Association, where he serves as a board member. The rail trail allows residents and visitors to hike, bike, or walk through many towns, up to about 35 miles north of Millerton. Last year, the Harlem Valley board purchased an historic 1858 schoolhouse, which faced demolition, with plans to move it closer to the trail so that it can function as an information center for visitors. Hermans is working on the long-term project, which has no completion date as yet.

At the same time, he has heard talk of the town replacing the sidewalks, as well as burying the power lines that run parallel to many business and homeowners’ second floors, both of which he thinks will be great additions to Millerton. 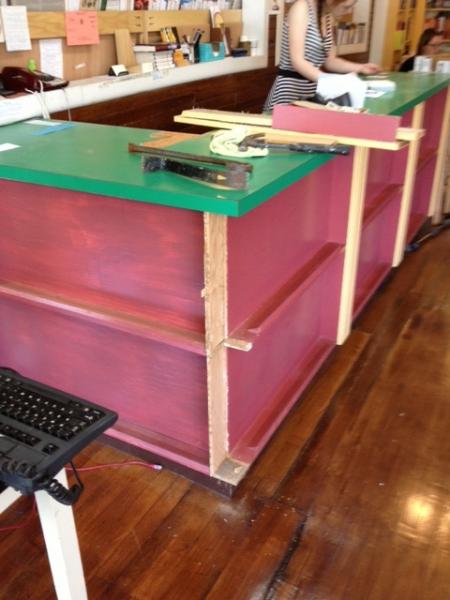 BEFORE: Oblong's worn-out cashwrap on its last day.

“There’s a whole lot going on all of the sudden,” said Hermans, who has seen a growth in Millerton’s business and culture that he expects will continue. “People seem to really like this town.” In the last few years, many young people have opened businesses and the local restaurants have undergone upgrades, which gives Millerton a dimension that didn’t exist when Oblong first opened in 1980.

When Oblong opened its Rhinebeck location in 2001, it seemed as though “we cannibalized ourselves,” said Hermans, as many Millerton customers quickly flocked to Rhinebeck. 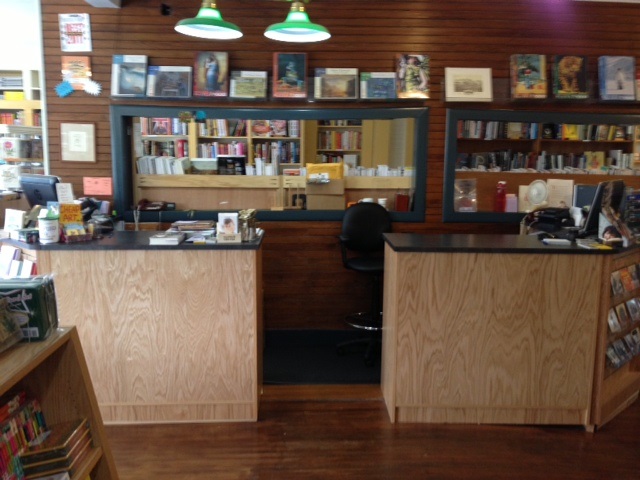 The cashwrap brought back to life.

Now, after the updates to Oblong – Millerton and the forthcoming changes to the surrounding town, “I think we’re going to become a little more balanced,” said Hermans, who has already been receiving many compliments on his handiwork. “I think people feel really comfortable here.”