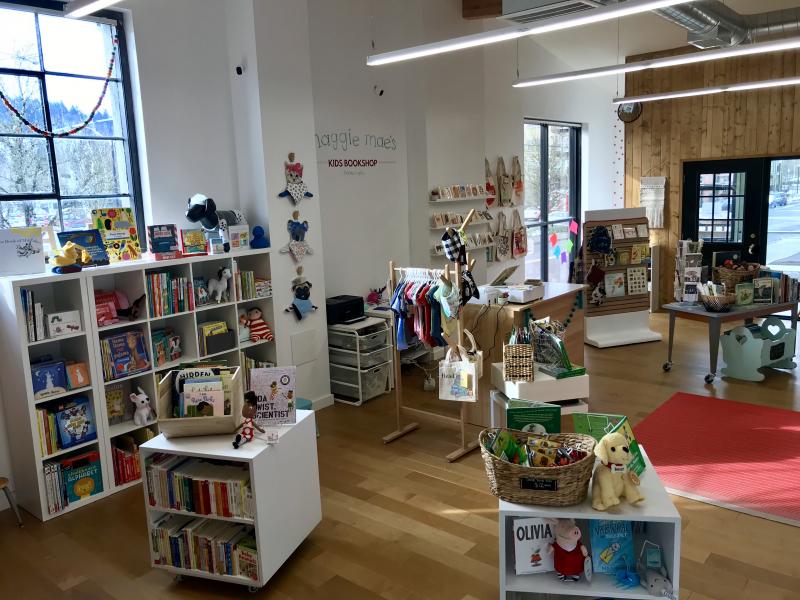 Roberts and her husband, Dave, started Portland’s first mobile bookstore three summers ago, selling new and gently used kids’ books and locally made kids’ gifts and accessories at street festivals and events around Portland, with the goal of making kids’ books more affordable and accessible.

Throughout that time, though, the most common question she got from customers was: “Where are you located?” In response to community demand, Roberts saved up enough money to open a 750-square-foot physical storefront in the historic downtown area of Gresham, a Portland suburb and the fourth largest city in the state.

“It’s located in a really nice, cute area,” said Roberts. “It’s kind of a throwback to Main Street with a lot of restaurants and little shops. Very family-friendly.”

Maggie Mae’s was named after Roberts’ first adopted bulldog, Margaret Thatcher (or Maggie), who passed away about a year ago, she said, “so you will see that theme a lot in the store. We have her picture up and we also have a picture of our current dog, Barney, as well, so there’s kind of a running dog theme within the building.” 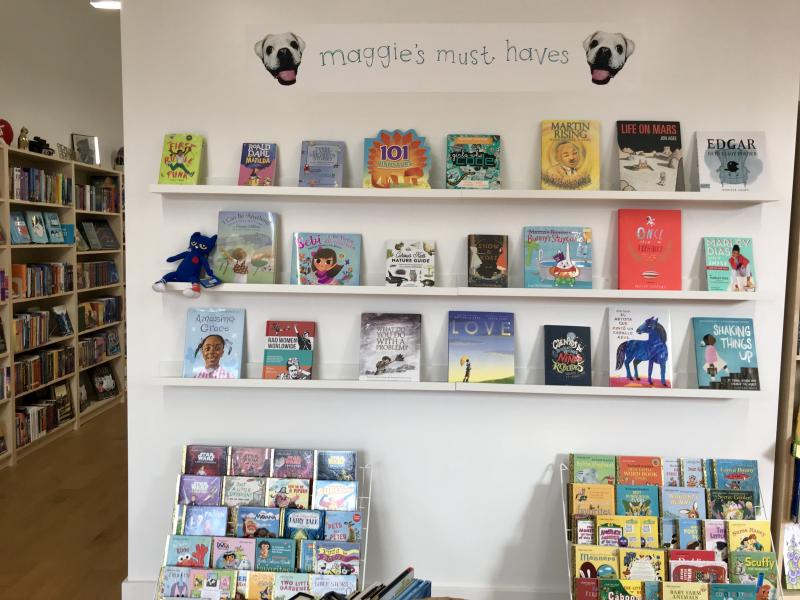 Roberts, who attended this year’s Winter Institute in Memphis, also dedicated specific sections of the store to her beloved dogs: clearance titles can be found in Barney’s Bargains section, and Maggie’s Must-Haves feature Roberts’ staff picks. On the walls is a Groucho Marx quote that also fits into the dog and book theme: “Outside of a dog, a book is a man’s best friend. Inside of a dog it’s too dark to read.”

“Our specialty is in kids’ books but we do also sell adult books; we’ve got books and gifts for all ages. Gresham doesn’t have a bookstore so we wanted to be able to serve the whole population, all the way from newborns to adults,” said Roberts, who, for now, is the store’s sole employee. “The majority of our books are new but we do have around 500 used books, and we hope to add more as well as do a buyback program in a few months.”

Some of the books Roberts said she’s looking forward to hand-selling are The Word Collector by Peter H. Reynolds (Scholastic); Snow and Rose by Emily Winfield Martin (Random House Books for Young Readers); and the What Do You Do With a Problem? series by Kobi Yamada (Compendium Inc.). In addition to books, Roberts is also selling locally made items from the Pacific Northwest, including gifts for kids and babies, like bibs and shirts, and literary items, such as pins, tote bags, and socks from Out of Print. 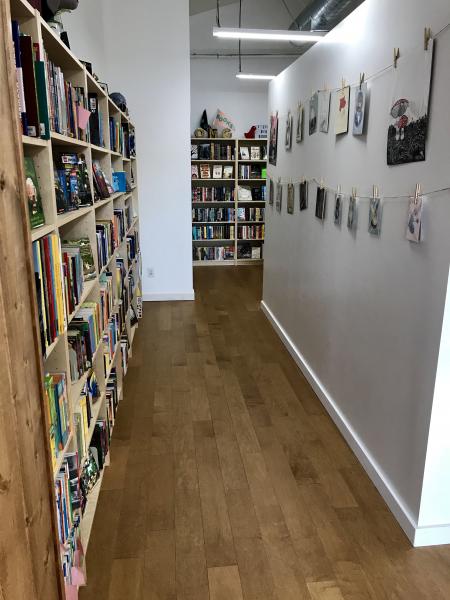 Artwork and kids' chapter books line the hallway at Maggie Mae's, leading the way to the store's YA section.

Before opening the store, Roberts worked at a number of jobs, including as manager of The Book Grocer in Australia and Half-Price Books in St. Louis Park, Minnesota; for the student affairs department at a university; for the nonprofit organization Friends of Multnomah County Library; and as a nanny.

“I’ve always been around kids and books, so opening a kids’ bookshop is really a combination of two things that I love: working with children as well as working with books,” said Roberts.

To publicize the store, Roberts has been making in-store videos and posting them on Facebook, and working with the Gresham Chamber of Commerce on marketing. She also has plans for a newsletter, press releases for the local newspaper, and an outreach campaign to local schools.

“I hope to gain contacts at the schools and then work with teachers on reading lists for the summer so we can make sure we have those books available in-store,” Roberts said. 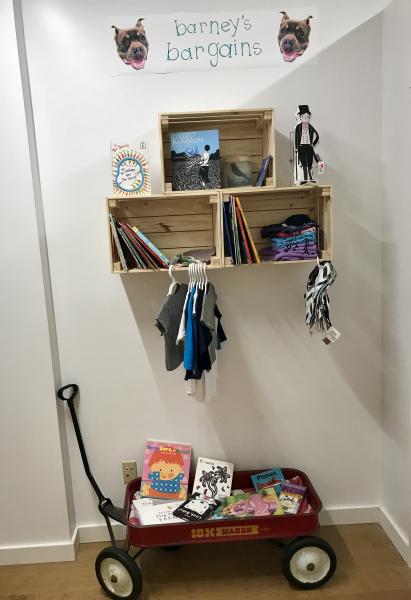 Roberts is also planning two story times per week, events with kids’ authors, and a partnership with the farmers market located across the street. She will be providing a sales venue for books connected with Oregon Battle of the Books, the state-based kids’ reading competition, and would like to work with a local pet shelter for in-store adoption drives and for “Read with a Dog” story times.

“We’ve just started off with kid-focused events, but we’re going to see what the community is asking for and then start gearing our events toward that,” said Roberts, who also said she hopes to bring the mobile aspect back to the business in a few years, once the store has found its footing.

As a new bookstore owner, issues of representation and the importance of diverse books are key for Roberts, who has been researching different publishers, scouring the Internet for book lists, and following social media accounts like We Need Diverse Books for ideas. Gresham has a large Latinx population, said Roberts, so she has also made sure to stock up on Spanish language chapter and picture books.

“One of my main goals is to make sure we have multicultural and diverse books for our community. It’s really important for a kid to be able to find themselves represented in a book, so we have a wide variety of different books available to kids and a large foreign language section,” said Roberts. “It can be really hard to find good foreign language books and books that might have two moms or two dads and things like that, so now being able to provide those for people makes me really excited.”