A Q&A With Aline Ohanesian, Author of April’s #1 Indie Next List Pick 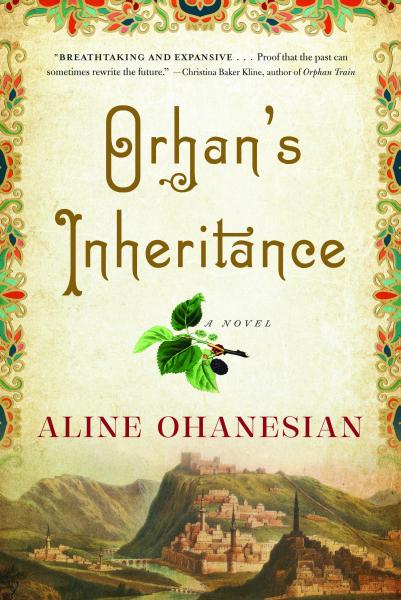 Booksellers in stores across the country have voted Aline Ohanesian’s debut novel, Orhan’s Inheritance (Algonquin Books), number one on the April Indie Next List. The book, which comes out April 7, follows a young, modern-day Turkish man named Orhan as he learns the truth about a painful part of his family’s heritage. His awakening comes about through the words of an old woman, whose gut-wrenching story of surviving the Armenian Genocide holds the key to Orhan’s past and his future.

In an interview with Bookselling This Week, Ohanesian discusses growing up in a family where both sets of grandparents were Armenian Genocide survivors; what it’s been like to find success so early on in her writing career; and the two mysterious sentences that sparked her imagination to begin writing Orhan’s Inheritance.

Bookselling This Week: Orhan’s Inheritance is all about telling stories, or not telling them, about keeping the past hidden or discussing it out in the open; essentially, it parses whether there is value in sharing and passing on a painful history. It would be interesting, considering this theme, to know what motivated you personally to write the book. Why tell this story? 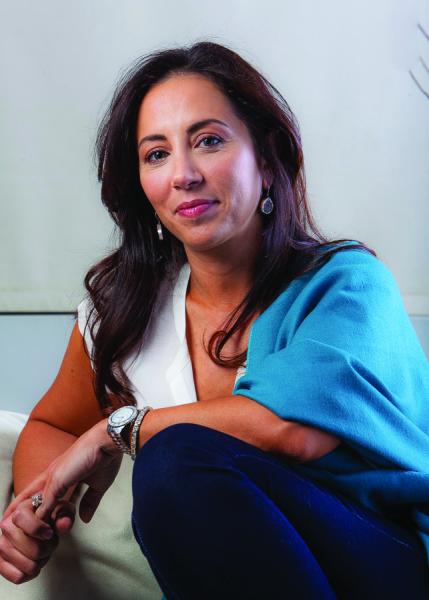 Aline Ohanesian: I have heard other writers say this before I wrote a book myself, that the subject chooses you, you don’t really choose the subject.

I didn’t set out to write a book about this particular topic. I heard these two sentences that came to me complete, in an articulate, very foreign voice that was clearly not my own: “There is only what is, what happened. The words come much later, corrupting everything with meaning.” I wrote them down and had no idea who was saying them, but I knew it was an old voice and a female voice — over 80 — but I didn’t know who she was.

I just really couldn’t get those two sentences out of my head. They were about the futility of the word: there is the experience and there are the words that we use. The words are what we choose to create meaning and understand; I wanted to look at how words can corrupt the actual event and how we see that event.

To me, there is that gap between what is and what we make it mean. Those sentences were what made me want to pursue that particular voice. When I was filling in who she was and trying to consciously create a world around her, I found myself borrowing bits and pieces from my great grandmother’s story of surviving the Armenian Genocide, which she told me when I was young.

When I got my Kirkus starred review, the reviewer only used one quote and it was those two sentences that were the germ of the book; I don’t really need any more of a sign than that.

BTW: How did you prepare to write this book?

AO: I’m a second generation Armenian but I was born in Kuwait. I grew up fluent in Arabic and Armenian, but I fell in love with English. I have a master’s degree in history, which helped me a lot in writing this book.

To prepare, first I read every single history book ever written about the Armenian Genocide, including deniers’ accounts. I read about 40 books, mostly heady historical texts that no sane person would want to read. I just spent the whole year rereading not just history books, but memoirs and a few Armenian-American novels.

I looked at what had been done. There were lots of fictive accounts, and there were lots of people who survived who had interesting stories but were not as interesting if they were to be actual characters in a novel. In my book, I wanted to look at what it was like through the perspective of someone like Orhan, the Average Joe in Turkey, a well-meaning guy.

BTW: Did you travel to Turkey for your research?

AO: I had written several drafts already before I went to Sivas [the city in central Turkey where the book is set]. It is not an easy place to be Christian and Armenian, although it’s not as bad as what is going on elsewhere currently. The industrial cosmopolitan city of Istanbul is quite a different place than Anatolia [the highlands of Turkey].

It was quite an emotional time because when we were there we found the old Armenian quarter — there were only two Armenians still living there. There were monasteries from the 12th century we went to as well, but all of it had been demolished or ravaged by time and neglect. But that is just one piece of that trip. I could write a whole other book just about the trip.

BTW: You have two young sons. What are your feelings, as an author and a parent, about passing on this “transgenerational grief” that Armenians have handed down to each generation since World War I?

AO: I think we have to be conscious as writers and storytellers of which stories we choose to tell. I gave a lot of thought to how I wanted to tell this story. Do I want to burden my sons with this transgenerational knowledge? It is quite a heavy burden. No parent wants to burden their child with grief. But in the end I chose to do it. I wrote this novel knowing that it might be unpleasant, but life is not just all positive and happy. We have to look at the ugly side of ourselves, our history. I can’t spare my sons when I’m not willing to spare the reader.

My great grandmother was a survivor. She chose to tell me the story when I was very, very young. My paternal grandparents were survivors. They met at a missionary orphanage and ended up in Lebanon. My grandfather emigrated to the U.S. as soon as he got married and had children, in search of freedom of expression and democracy.

All of my Armenian grandparents were survivors: it was in the literature, it was in the songs we sang, in the traditions my parents insisted on, like Christmas in January. I didn’t understand why we had to have Christmas in January. But it was part of them holding on to these traditions that were thousands of years old. It’s because they really adopted survival as a mantra, the survival of this culture that others tried to eradicate from the world. It is just like with Holocaust survivors: it is something that reverberated, it has consequences. Who my father is, is such a direct result of his being raised by two orphaned genocide survivors. It just colors everything.

So, the book is a pretty dark book, but maybe I’ll let them read it later when they’re a little older.

BTW: In addition to being chosen by booksellers as this month’s number one Indie Next List pick, an early draft of your book was also a finalist for the 2012 PEN/Bellweather Prize for Socially Engaged Fiction and for Glimmer Train’s Short Story Award for New Writers. What has this journey been like as a first-time author?

AO: I’m obviously really honored that booksellers voted me number one on the Indie Next List. When I became a finalist [for the PEN/Bellweather], it was like winning the billion-dollar lotto for me. I never felt I had any legitimacy as a writer. I didn’t have an MFA. I never thought about winning, so I was just happy as a clam to be a finalist. My husband was extremely supportive. When I first started, he said, ‘Just write, don’t worry about anything else, except the kids.’ That was really important for me. When I finished the manuscript, I queried nine or 10 agents, and five said they were interested. At that point I realized, maybe I don’t suck at this!

BTW: What are some of your favorite books and authors you admire?

AO: Some of my favorite books are Mudbound by Hillary Jordan (Algonquin), Cutting for Stone by Abraham Verghese (Vintage), Middlesex by Jeffrey Eugenides (Picador), and The Known World by Edward P. Jones (Amistad).

I admire Zadie Smith immensely. I think she is brilliant. I also like Three Apples Fell From Heaven by Micheline Aharonian Marcom (Riverhead) on the Armenian Genocide. It’s 300 pages, it’s not really widely read. It reads like a poem because the language is so rich and gorgeous and beautiful, but it’s a novel.

BTW: Do you have a favorite independent bookstore near where you live in California?

BTW: Can you tell us what you’re writing about for your next book?

AO: I’m still in shock that I have a publishing contract. I’m still processing it all. I’m grateful and humbled. Next time, I’ll be going down a different rabbit hole, focusing on a different obsession. I’m almost convinced that writing is some kind of pathology: you get very focused, but this too is a kind of reward.

Right now I’m working on a book about America. It takes place in southern California. I’m reading every history book that pertains to the case of these characters. I’m looking at 1820 to 1860, but it will also be set in 2020: from when California was still part of Mexico, on to statehood, and then on to contemporary times. It will examine some American themes, and it will probably be historical fiction.