A Q&A With Laura McBride, Author of the #1 June Indie Next List Pick We Are Called to Rise 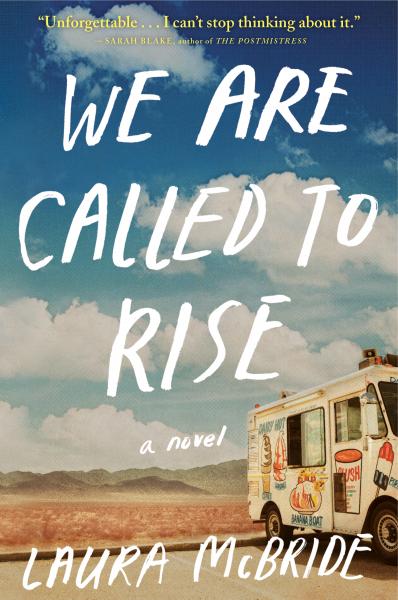 Laura McBride’s We Are Called to Rise was named by independent booksellers as the #1 Indie Next List pick for June and also as an Indies Introduce Debut Authors pick for the Summer/Fall season.

We Are Called to Rise follows three characters leading very different lives. Bringing the trauma of a foreign war home with Luis, putting the life of a refugee boy front and center with Bashkim, and recounting the rise and fall of a marriage with Avis, McBride presents the characters’ struggles as they seek to overcome circumstances that just might be more than they can bear.

Taking its title from a line of an Emily Dickinson poem, We Are Called to Rise was called “America’s short story” by independent bookseller Nancy Simpson-Brice of Book Vault in Oskaloosa, Iowa, for its illumination of our nation’s strengths and weaknesses through the eyes of the novel’s characters.

We Are Called to Rise is Laura McBride’s first novel. 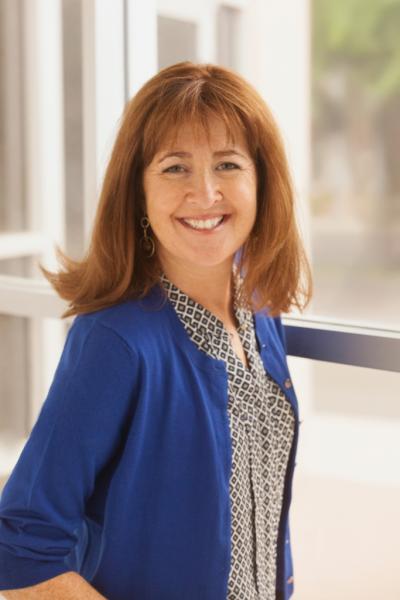 Bookselling This Week: As you began to write We Are Called to Rise, the idea for which germinated from a real-life incident several years ago, how did you envision, develop, and bring to life each character?

Laura McBride: I started with a particular dramatic moment in mind, and with an idea about the basic structure of the story; I had also decided to write in the first person. The voices grew out of the need to solve certain problems for the reader. The first person is restrictive, and I had to create characters that could fully reveal the plot. I think of We Are Called to Rise as weaving together three voices, three lives; Roberta is a fourth narrator, but this is a story about Avis, Bashkim, and Luis.

I was afraid to write in the voice of a child, but once I got this little boy in mind — this little, serious, loving, observant boy — his sections came very easily. I would just imagine myself as a child, in one of the situations Bashkim experiences, and write whatever came to mind. It was quite magical, because it brought back a whole different way of experiencing the world. What a child notices, how a child understands complex events, why a child might react the way he does. I would laugh or cry or feel dread as I was writing Bashkim’s sections; I would think “Oh, please not that,” and then I would think, “Wait, I’m the writer.” It sounds funny, but at times it felt as if I were the reader too.

I found Avis to be a very difficult character to get on the page. I thought of her as someone in a brave and lonely struggle, but early readers sometimes found her self-absorbed or weak. Most of that was my writing, but some of it might have been that we are rather tough on older women in our culture. Avis was the most intellectually interesting character for me, and I also reworked her chapters far more than any others. If I were putting on my literary hat, I suspect I would find the most meat in her.

Luis was another character that seemed like a stretch to try, but whose words then came easily. I loved him. I went into the story with a great deal of heart for the experience of these very young people we have been sending off to war, and after I finished writing the novel, I realized how much I identified with Luis. I identified with his situation, with his sorrow and regret and fear; he has done something he cannot change, and he has to find a way to live past it.

BTW: The story is set in Las Vegas, but it is very different from what might be seen as a tourist. Why did you choose to set the novel in this particular location — and include it almost as a character itself? What draws you to that city and its surrounding landscape, both its people and nature?

LM: I could write another novel in answer to this question! I’ll try to keep it short. One, I have lived in Las Vegas a long time, and I have spent hundreds of hours thinking about just these questions. It’s an unusual place to live, and it’s not a place I could ever have imagined for myself; I had to figure out a space for myself here. So Las Vegas has occupied my imagination for two decades now — not just as the setting for a novel but as part of working out my own experience in the world.

And then, it is a novelist’s dream. Las Vegas is a boomtown. It’s filled with people from all over the world — from every imaginable place and tradition and belief and circumstance. And we all arrived at about the same time, and moved into whatever houses were being constructed when we got here. We sent our kids to overcrowded public schools together, and went about building whatever we thought we needed — churches or synagogues or mosques, sports facilities or dance halls or theaters — at once. The energy of the place! The fluidity. The mixing. I think this is something outsiders might not know about Las Vegas: how diverse it is, and how soft the traditional boundaries between people are here. People in Las Vegas don’t mix because we have a special commitment to mixing; we mix because we are mixed.

BTW: We Are Called to Rise gives a full portrait of the many different lives being lived in Las Vegas. We meet a veteran who is struggling to make sense of his experiences while serving, a family of refugees who escaped persecution in their native country, and characters from many other walks of life. Why did you create such diverse characters and histories and bring them together in this story?

LM: One of the quintessential truths of Las Vegas is that it is a vibrant, varied, often chaotic place, defined in many ways by all the particular narratives that are playing out here. My mind has been humming with these stories for years, and one of the challenges to this novel was to figure out how to narrow the range, how not to throw in one tantalizing, surprising story after another. In this sense, Las Vegas is an embarrassment of riches.

BTW: As Avis considers her situation, in which her husband has left her and her son is increasingly despondent, she thinks of the minute details experienced every day that can change the course of a life — turning off a lamp, folding abandoned laundry, teaching a child. What drew you to write about that notion — that it all matters, as Avis realizes?

LM: Well, I wrote this novel when I was 50 years old. And if you’re lucky enough to live to be 50 — and assuming that you are not in possession of one of those truly rare, extraordinary lives — then you have probably asked yourself: what is this all for?  How could I have cared so much, how could I have felt such passionate feelings, how could it mean so much to me...and be so little in any objective sense? I suppose Avis’ ideas in those sections are just my answer to that question. It seems to me that it does all matter, and that we all experience this truth in visceral ways. You find yourself tearing up at a story told about someone you’ll never know, you swell with joy at the sight of a sunbeam prismed on a leaf, you are gobsmacked at the bravery or daring or finesse of a perfect stranger. For me, those moments of intense awareness are the message.

BTW: We Are Called to Rise is your first novel, and both an Indie Next List pick and an Indies Introduce Debut Authors selection. What does it mean to you to have the support of independent booksellers?

LM: Oh my gosh, I believe that my real calling was to open an independent bookstore in Las Vegas. I don’t have any plans to do that, but I think I should have done it, and it never once occurred to me. I succumbed to buying a house in Las Vegas, and still live in that house, because it was walking distance to this wonderful indie bookstore that opened in Vegas for about a year. The darn place closed between the time we made an offer and the time we got the keys, and I was so heartbroken by this that the owner — whom I did not know — took the pictures off the walls and gave them to me; one still hangs in my entry.

What I love about independent bookstores is that they sell books. I go to an indie so that I can hear what book-loving experts have to say, so that someone will direct me to my next beautiful experience, so that I can participate in reading as a social experience, which is profoundly what it is. What I most miss about not having an indie in my own neighborhood is all the ways in which a great bookstore is also a community center, a place for ideas, a place of thought and reflection and feeling.

That indie bookstores would like We Are Called to Rise is one of the most affirming things that has ever happened to me. I feel like the prodigal daughter!