A Q&A With Lisa Taddeo, Author of July’s #1 Indie Next List Pick 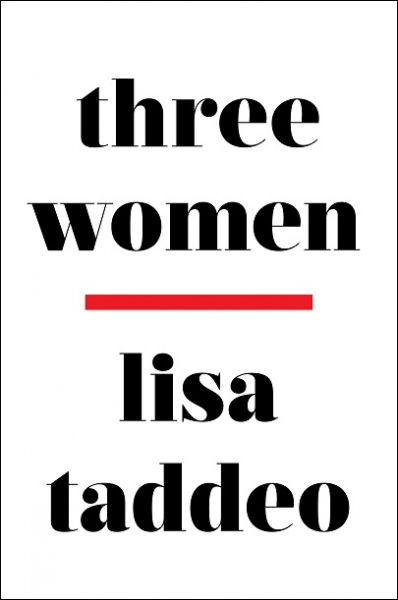 Based on eight years of immersive reporting, Three Women is an innovative portrait of erotic longing and female desire in modern America that exposes its fragility, complexity, and inequality. Readers are introduced to three very different women — Maggie in North Dakota, who falls in love with and is cruelly discarded by her high school teacher; Lina in Indiana, a depressed wife and mother who enters into an affair with a former teenage boyfriend; and Sloane in Rhode Island, an upper-class restaurant owner whose husband enjoys watching her have sex with other people. Full of empathy and insight, Three Women’s exploration of these women’s varied experiences is deeply intimate yet universally relatable, reminding us all that we are not alone.

“I can’t recall the last time I’ve been reading a work of nonfiction and woken up excited purely by the fact that, today, I would get to read more,” said Michaela Carter of Peregrine Book Company in Prescott, Arizona. “Compulsive and psychologically riveting, Three Women reads like a novel. I couldn’t keep from dog-earing its pages each time Taddeo perfectly expressed something I’d felt but never had the words for. In Sloane, Maggie, and Lina, I recognized aspects of myself — namely the desire for connection and for love. When three women tell their uncensored truth, they can liberate a nation. I feel deeply grateful to Lisa Taddeo for giving us this gift of raw authenticity.” 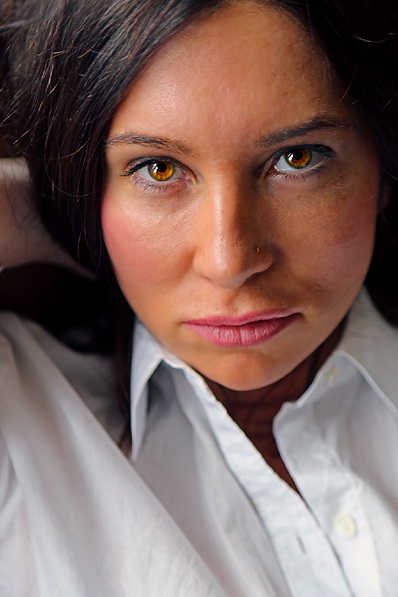 Taddeo has contributed to New York Magazine, Esquire, Elle, Glamour, and many other publications. Her nonfiction work has been included in the Best American Sports Writing and Best American Political Writing anthologies, and her short stories have won two Pushcart Prizes. She lives with her husband and daughter in New England.

Bookselling This Week: How did you come to write this book?

Lisa Taddeo: My editor at Avid Reader, Jofie Ferrari-Adler, read an article I wrote for New York Magazine in 2010. It was a cover story called “The Half-Hooker Economy,” a rather wild title, about the “bottle girls” who work in nightclubs, and it started with my doing a story about Tiger Woods and Rachel Uchitel. When I started interviewing and researching, I was really interested in the bottle girls and so I did a kind of immersive story about them and their milieu.

After my editor read that, he was interested in my writing a book, and he said I could write about anything I wanted, which was both amazing and haunting because what do you do when you can do whatever you want? So he sent me a number of books, most of them nonfiction, and among them were books by Janet Malcolm, Joan Didion, and Tracy Kidder. One of them was Gay Talese’s Thy Neighbor’s Wife. I read that one a couple of times, and every time I read it, the thing I was the most impressed with and drawn to was the immersive quality of the journalism and how deeply he had entrenched himself. That said, what also struck me was that the perspective was wildly male, and while I don’t think there’s anything wrong with that, I thought that a female voice on desire would be something that was needed. There is kind of a dearth of narrative-length stories, not necessarily about sex, but about desire itself, the emotions behind the intimate acts.

BTW: How did you start the process of finding the people you wanted to interview? How many women did you talk to initially before ending up with these three?

LT: I spent hundreds of hours talking to hundreds of people. I probably spoke to about 20 to 30 at length, for over a couple of months; I moved seven or eight times. A lot of people dropped out because of fear early on; I was saying that I probably didn’t want to change names, so that was a difficult thing for people to deal with. I drove across the country multiple times; I posted signs in hair salons and gas stations and supermarkets; I called editors, lawyers — I was just trying to cut a wide swath to find a cross-section of people.

I wasn’t set on three women, or three men. In the town that I moved into where I found Sloane, I had been talking to multiple people there, so my idea was to write about the town itself. But because I already had these stories of the other two women who were included, I started feeling like it would be too weird to have these two stories and then to have this town, so there were a lot of different iterations and thoughts about how the book was going to end up, none of which really foretold how it did end up.

BTW: What were your interview methods? How were you able to cover the lives of these three different women in such minute, intimate detail?

LT: The method was different for each of them. For Lina, for example, we went to dinner and for drinks and we went for drives; we would go to the river where she most often met Aidan [her lover], and she would take selfies for Facebook, she would change in the backseat of the car, and I would be there. I was there, I would say, for many of the scenes I wrote, although I was not there for the intimate scenes, but she would call me right after it was done or send me a Facebook message, or I would often go to the spot where she had just been to sort of have an understanding and to be able to describe it as closely to what she experienced as possible.

BTW: Was it difficult for you to completely devote your life to a project like this for eight years?

LT: Yes, absolutely. At the same time, I didn’t think that I was going to be doing it for eight years.  I think the original contract was for two years, and a couple of years after I had Lina’s story, I sent it to Jofie and he was like, this is great, just do this a couple more times. And by that point I was thinking, oh my god, I can’t do this again, but Jofie said it was ok, it’s just going to be a multi-year project, don’t worry about the deadline. It wasn’t like I made this decision to spend eight years; it was two years and then it was like, I have this, now I need more.

BTW: In your mind, what were the key thematic threads that tied these women’s stories together?

LT: What became clear to me very quickly was that our past trauma, and not just our traumas, but our past passions, our past desires, especially in the formative years of our lives, greatly inform the way we look at our desires and talk about our desires as we get older. The other thing was, one of the reasons that I started the book with a story about my mom is that everyone talks about daddy issues — it’s a common part of the lexicon, whereas mommy issues are not. I think that for a lot of these women, mainly for Lina and Sloane, mommy issues were the largest thing. For Maggie, it was her mother who remained and sort of got her through everything. I think the way that mothers factor into our lives, either positively or negatively, the weight with which they press upon our lives, is bigger than we ever think about.

BTW: Did you find yourself relating to any of these three women in particular, or did you relate to any one of them in a way you didn’t think you would?

LT: I related to all of them, though not equally. The reason I chose them — chose them is the wrong word, because I also feel like they chose me in a way — was that their relatability separately and as a triad is kind of universal. They are not the same sexual orientation as some people; they’re not the same race as some others; they’re not at the same socioeconomic level as some others, but their stories, and the core of what they felt, is such a unifying principle for a lot of desire across the world, which was something I recognized because I did speak to these hundreds of other people. What I found in Maggie, Sloane, and Lina was this almost preternatural relatability that a lot of the other people I talked to didn’t have in spades the way they did.

BTW: What would you say you learned about desire by talking to these women?

LT: I think that men are entitled to their desire in a way that women are not. I was very clear about my father’s desire, whereas my mom, I never really knew whether she had any, or even thought to ask. And my mom wasn’t being silenced in any way in the present, but she had been in her past, so I think there is a history of patriarchy, obviously, that is hard to shake. What I learned is that women are incredibly organized about the way they hide the things that they want; they are worried about someone seeing them not getting it. This is obviously not all women, but that is what I saw the most over the course of my research.

BTW: Did you discover any independent bookstores you loved while you were moving around the country to write this book? Will you be visiting any of these on your upcoming book tour?

LT: Yes! That was one of my favorite parts about moving — I would have a new local bookstore every time I moved. Just driving across the country, I would go to every bookstore that I passed. Small-town bookstores were my favorite. I remember going to the Marfa Book Company in Texas and Point Reyes Books in California. Marfa almost looks like an Apple store because it’s so well-curated, and then there are the bookstores that have a million books everywhere. I liked seeing, in the middle of America where you don’t expect to find something so sensational, that there are bookstores and people who love bookstores and books. And, yes, I’ll definitely be returning to some on this tour that I discovered while I was traveling.