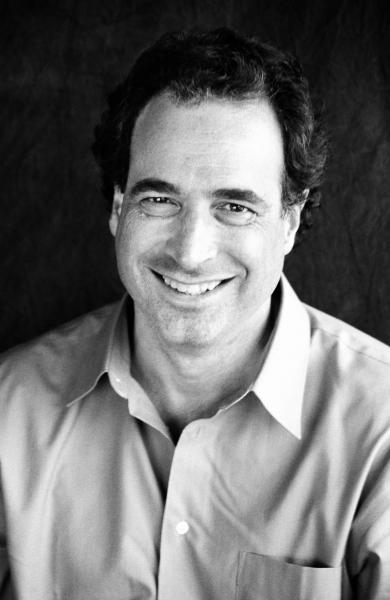 With today’s economy making it difficult for small business owners to secure capital from traditional sources, an increasing number are relying on small investments from local community members as well as new business models to grow and improve their businesses. In Local Dollars, Local Sense (Chelsea Green), Michael Shuman takes a comprehensive look at how community members can shift their investments from Wall Street to Main Street and effectively revive the country’s sinking economy.

Shuman is director of research at Cutting Edge Capital; director of research and economic development for the Business Alliances for Local Living Economies (BALLE); and a fellow of the Post Carbon Institute. An economist, attorney, author, and entrepreneur, Shuman has led community-based economic development efforts in many towns throughout the country. He has authored or edited seven previous books, including The Small Mart Revolution: How Local Businesses Are Beating the Global Competition and Going Local

Bookselling This Week spoke to Shuman about his latest book.

Michael Shuman: The many communities involved in revving up their economies through locally owned businesses — BALLE, for example, is the fastest growing business network in North America, with more than 80 official networks representing 22,000 small companies — have concluded that their single biggest challenge is to crack Wall Street’s monopoly on Americans’ long-term savings.

Currently Americans have $30 trillion in stocks, bonds, mutual funds, pension funds, and insurance funds. If our capital markets were functioning efficiently, roughly half of these savings would be going into the half of the economy that is local small business. In fact, almost none is. This is a stunning market failure, especially given that local businesses are at least as profitable as Fortune 500 companies and they are increasingly competitive (rising oil prices, for instance, will revive local manufacturing of nondurable products). A successful local investment movement could shift $15 trillion from Wall Street to Main Street, enough to revive communities across America.

BTW: To invest locally, you note that people must exploit exceptions, loopholes, or quirks in securities law. Why do our laws make it difficult to invest locally?

MS: The United States enacted securities laws during the Great Depression to protect the least wealthy 99 percent of the American public from being sold worthless securities by fraudsters. Grandma should not be snookered into buying swampland in Florida. But effectively, the law also forbade the 99 percent from putting their money into the local businesses we love by imposing impossibly difficult and expensive legal hurdles. The JOBS Act that President Obama just signed creates an exemption for crowdfunding that now allows us to begin putting at least small investments into local business with very little red tape and legal hassle.

BTW: In examining alternative business models, you emphasize “the hidden power of cooperatives.” Why are cooperatives effective, and why do you think businesses are often hesitant to adopt a coop mentality?

MS: Cooperatives are largely creatures of state law, and most states do not consider coop memberships “securities.” That means for most of the past century one of the few affordable methods by which the non-wealthy 99 percent of us could invest in local businesses was through coops. In my book, Local Dollars, Local Sense, I explore how consumer coop members are investing in their own coops (many grocery coops, for example, finance new stores through loans from their members), in coop revolving loan funds (like the La Montanita Coop in New Mexico), or in supplier businesses (the business model for Coop Power in Western Massachusetts is to invest in a cluster of local energy businesses).

Even though nearly half of all Americans have at least one coop membership, many entrepreneurs nevertheless have a go-it-alone philosophy that leaves them cool to the idea of having thousands of member owners democratically controlling their business.

BTW: You say that reviving a local marketplace is “a critically important requirement” to get the national economy back on track. Why are local exchanges so important? What do you think it will take to make such marketplaces mainstream and overcome the legal, financial, and technological obstacles that stand in the way?

MS: The legalization of crowdfunding will soon result in an explosion of “local stock” issues from small businesses, and there will be a growing number of crowdfunding websites where people can buy these initial offerings. But no one wants to hold these stock shares forever. Sooner or later we need to cash in, pay for college, or cover our retirement expenses. So it’s critical to give people a place to buy and sell their local securities.

In my book, I note that a company called Mission Markets in New York now has a platform to facilitate such trading already, and it’s willing to create a “portal” for a town, region, or state for $50 - $100,000. It’s worth noting that local exchanges look more like eBay than E*Trade, with sales proceeding over weeks rather than nanoseconds, which is a good thing, because this will discourage speculation and encourage long-term investment. The first client for this Mission Markets product might be the state of Hawaii. But there are other entrepreneurs, such as Trexler Proffitt who runs the LanX, a bare bones stock exchange in Lancaster (Pennsylvania), who think they could do this more inexpensively. Rethinking our laws governing local stock exchanges and local investment companies, I predict, will be the next areas of legal reform over the coming decade.