Park Ridge, Illinois-based Albert Whitman & Company has been publishing fun, educational, and issue-based children’s books for the past 96 years. The company, which is perhaps best known for the iconic Boxcar Children Mysteries series, has recently adjusted its focus to become more trade market-friendly.

“We’re all about respect for our readers and our customers, and we have a reputation of publishing a tremendous number of books that reflect diversity, as well as books for kids dealing with issues, whether they be emotional or physical,” said Albert Whitman Director of Sales and Marketing Mike Spradlin. “We’re well-regarded and known for that, but we are expanding in some exciting new directions: We’re growing the company, adding staff, expanding our marketing department, adding a social media coordinator and publicity coordinator, and expanding our editorial staff.”

Also growing is the company’s title list — its spring 2016 list features about 15 more titles than last year’s — and the goal is to publish 150 books a year by 2020, Spradlin said. The award-winning company, which handles its own distribution and sales to the trade, school, and library markets, is currently seeking broader distribution in the trade market. It has already experienced growth due to the popularity of its three-year-old YA imprint, Albert Whitman Teen; new opportunities related to the Boxcar Children franchise; and its steadily expanding middle grade catalog.

“We are really taking off,” said Spradlin. “We are rebranding ourselves within the industry as a general children’s publisher, but we are also staying close to our history and our culture. It takes time and energy and effort on our part, but so far it’s been really well-received.”

Among the other big changes, Albert Whitman has begun to publish its middle grade fiction and YA titles in paperback editions six to 12 months after their hardcover release, complete with targeted marketing plans. 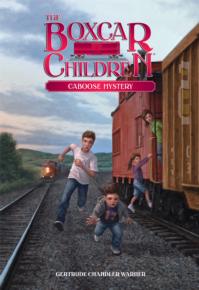 “This is important in the sense that it gives independents a chance to buy our titles at a lower risk in a format that is probably more bookstore-friendly,” Spradlin said.  “We’re also trying to do everything we can in general to let booksellers know about Albert Whitman books. We’ve done Publishers Weekly ads and Shelf Awareness ads; we’ve doubled our booth space at BookExpo America; and we’ve been going to the Children’s Institute.”

This year, when Spradlin attended ABA’s third ABC Children’s Institute in Pasadena, California, he spread a message to booksellers: “This isn’t your father’s Albert Whitman anymore.”

While the company is still publishing engaging, award-winning children’s books that address important issues like bullying, death and illness, disabilities, and divorce, as well as books that promote character and teach about social justice, it is looking to publish more books that tell their stories in a more subtle, non-didactic way.

Leading this initiative is Albert Whitman’s relatively new editorial director, Kelly Barrales-Saylor, who came to the company from trade publisher Sourcebooks three years ago. One book that demonstrates this new subtle approach, Spradlin said, is the upcoming The Color Thief: A Family’s Story of Depression by Andrew Fusek Peters and Polly Peters, which is publishing September 1. It tells the story of a young boy who is confused by his father’s depression. As the father explains his experience of depression, which he says is like the color slowly leaving the world, Karin Littlewood’s illustrations go from full color to monochromatic and back again. 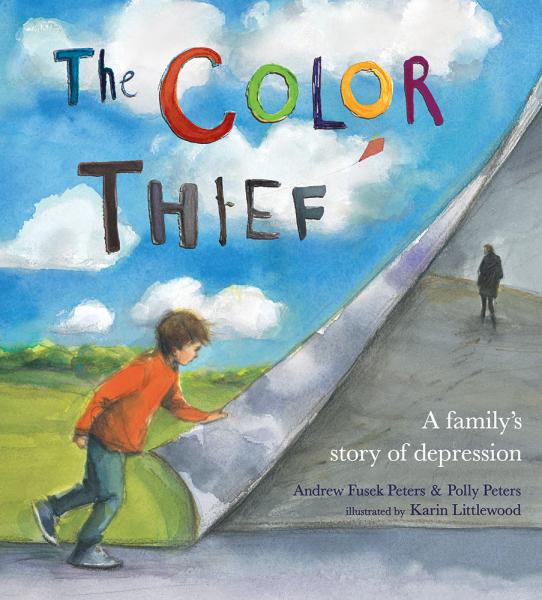 “It’s not a book that pounds you over the head with a lesson, but it is just a very well done explanation to kids of what depression is and that it is not their fault,” Spradlin said. “[This book] is something that is true to our roots, but here we are branching out into telling stories in different ways. So far it seems to be working very well.”

One such successful picture book this year was Gordon Parks: How the Photographer Captured Black and White America, written by Carole Boston Weatherford and illustrated by Jamey Christoph. The title was featured in the Huffington Post as a good way to start conversations with kids about racism. Another recent successful picture book fitting this description is the 2015 CCBC Choices Award-winning Jacob’s New Dress by Sarah and Ian Hoffman and illustrated by Chris Case.

“Before, our marketing was mostly geared toward schools and libraries, but now we are doing more consumer-focused marketing, including newsletter marketing, social media, and advertising in magazines,” Spradlin said. The company will also launch a newly redesigned website in the coming days. 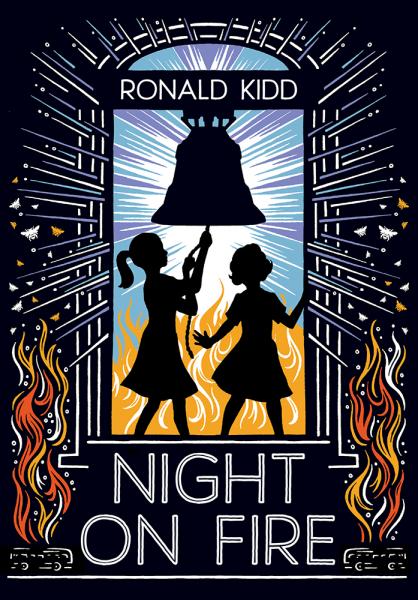 In the early planning stages is a large-scale “multi-platform celebration” for The Boxcar Children Mysteries series’ 75th anniversary in 2017, to be accompanied by a promotional campaign for indie booksellers. The celebration will include the release of a special five- to seven-book Boxcar Children series written especially for the anniversary, as well as special event kits for booksellers.

More than 60 million copies of Boxcar Children mysteries have been sold worldwide since the 1940s, said Spradlin. And the company recently signed its first licensing deals — for Boxcar Children toy trains and T-shirts — and last August saw the release of the first Boxcar Children animated movie, with four more movies to follow.

When it comes to new books on the horizon, Albert Whitman’s major middle grade novel for the fall is Ronald Kidd’s Night on Fire, publishing September 1. Set in 1963, Night on Fire tells the story of a young girl in Anniston, Alabama, who witnesses the arrival of the Freedom Riders and the hateful violent act of the Anniston bus-burning. The book has received two starred reviews, including one in Kirkus, and has a significant marketing and social media campaign behind it. Albert Whitman has already sold the audio rights, a rare feat for a middle grade novel, according to Spradlin. 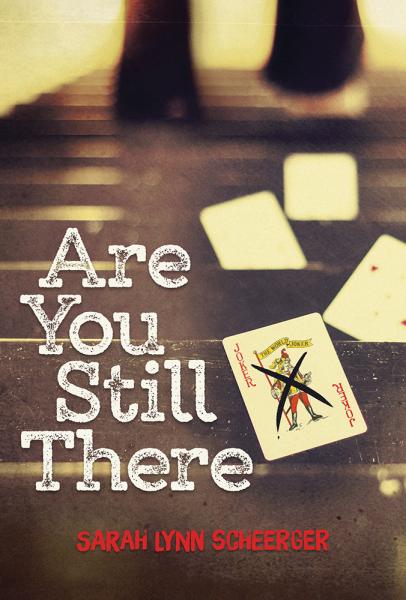 Albert Whitman’s most anticipated YA title for the upcoming fall publishing season is Are You Still There, the company’s second book with Sarah Lynn Scheerger following last year’s The Opposite of Love. The novel follows a teenage girl who is pulled into a cat-and-mouse game with an anonymous caller on her school’s tip line, which has been set up to catch the perpetrator of a recent bomb threat.

Another upcoming book the publisher hopes will be a hit is a picture book titled Dia de Los Muertos by Roseanne Greenfield Thong. By explaining the Mexican holiday to children through beautifully illustrated pages, Spradlin said, the book “serves a real purpose in the market place.”

Two of Albert Whitman’s other major upcoming books are also seasonally themed: Trick ARRR Treat: A Pirate Halloween, written by Leslie Kimmelman and illustrated by Jorge Monlongo, publishing September 1, and Rudy’s Windy Christmas, written by Helen Baugh and illustrated by Ben Mantle, coming out October 1. Another book to be published this fall that the company expects to do well is the second installment in Linda Joy Singleton’s The Curious Cat Spy Club series, The Mystery of the Zorse’s Mask.