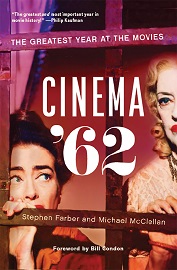 The press currently specializes in film and media studies, American studies, books about New Jersey and the mid-Atlantic region, the environment, women’s studies, ethnic studies, sociology, anthropology, urban studies, Jewish studies, human rights, health policy, and the history of medicine. It publishes about 75 books a season, and about 20 or so are trade titles, Grainger said; this is up significantly in the last two years, when Rutgers began distributing books for Bucknell University Press, including literary studies.

This coming season, Grainger told BTW, Rutgers has among its lead trade books Cinema ’62: The Greatest Year at the Movies by Stephen Garber and Michael McClellan and Macbeth in Harlem: Black Theater in America From the Beginning to Raisin in the Sun by Clifford Mason.

Cinema ’62 is about the year 1962 in the history of film, which featured groundbreaking movies such as Lawrence of Arabia, Lolita, The Manchurian Candidate, and What Ever Happened to Baby Jane, which graces the cover. “During that time,” they noted, “a lot of the old-school actors and directors were really continuing to be active, and a lot of new faces were arriving on the scene, like Warren Beatty, Jane Fonda, Robert Redford, and Peter O’Toole.”

Macbeth in Harlem looks at the history of African American theater through the late 1950s and features current political and historical commentary. The title references a 1930s production of Macbeth sponsored by the Works Progress Administration that featured an all-Black cast, but was controversially directed by Orson Welles, a white man. 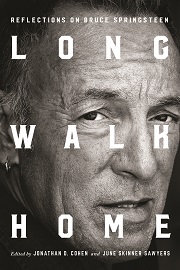 “Our last season was actually one of the best trade seasons we’ve had in quite a while,” said Press Director Micah Kleit, noting that major sellers included Long Walk Home: Reflections on Bruce Springsteen, edited by Jonathon D. Cohen and June Skinner Sawyers, which celebrates Springsteen’s 70th birthday and has gone into four printings; I Wonder U by Adilifu Nama, which is about how Prince played with race as well as gender and sexuality; and a coffee table history called Best Actress, about the Best Actress Academy Award, by Stephen Tapert with a foreword by Roxane Gay, among other titles.

Publicity Manager Courtney Brach said that a favorite title from last year was The Cat Men of Gotham by Peggy Gavan, which was “exactly what it sounds like” — the book featured “short stories about various cats and their relationships with their owners in old town New York.”

Rutgers also inaugurated a new imprint called Rutgers University Press Classics in 2018 “to breathe new life into important books and bestsellers in the press’ history,” said Kleit. Just published in the imprint is a three-volume set of Black Athena by Martin Bernal; the first volume won the American Book Award in 1988. In it, Bernal posits that the history of Greco-Roman civilization is biased toward Greece and Rome, when, in fact, the cradle of civilization is Africa. When it was originally published, Black Athena sparked major debate among scholars.

“We also republished Ignition! by John Drury Clark, which was first published in the early ’70s,” said Grainger. The book has sold over 30,000 copies in the last two years, and has a foreword by Isaac Asimov. Brach noted that it’s also a favorite of Elon Musk’s.

The press’ bestselling book of all time features two novellas from the Harlem Renaissance, published in one book: Quicksand and Passing by Nella Larsen. 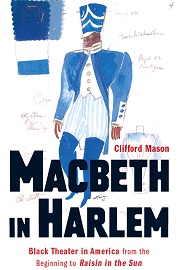 Rutgers finds new writers through a variety of different methods, said Brach, including attending nearly every academic conference in the fields the press publishes to meet potential new authors, taking recommendations from their current authors, and reading unsolicited manuscripts and agented submissions. Most of the titles the press publishes are peer-reviewed by senior scholars in the field, and all are approved by the press’ editorial committee.

Recently, Rutgers also partnered with Raritan: A Quarterly Review to establish a new Raritan book imprint that will produce one book a year under two separate series: a short 40,000-word original book and thematic anthologies featuring work from the Raritan archive. The imprint will launch in fall 2021.

The press has only 18 full-time staff members, Brach said, and while it does have a robust group of interns and work-study employees, Rutgers still “puts out a lot for such a small team.” Said Brach, “I think a lot of people are surprised by how small we are. It’s a lot of work, but it’s a lot of fun.”

The challenge of being a small team is also an opportunity, Grainger added. “We can respond to authors and market conditions much more quickly,” they said. “We’ve been growing substantially, too. The Association of University Presses has five classes based on size, and we moved from class two to class three over the last year because of title output and growth of sales.”

Grainger also noted that Rutgers is a strong advocate for independent bookselling, saying that the press runs a “Rutgers Loves Indies” program, which offers free freight and backlist specials, among other benefits. Rutgers was also one of the founding members for Bookselling Without Borders, a program that connects U.S. booksellers to the international book community through all-expenses-paid trips to the world’s premier book fairs, including the Istanbul Book Fair, the Bologna Children’s Book Fair, and a residency in India that includes the Jaipur Lit Fest and the Delhi Book Fair, among others. (Applications are due February 16 for this year’s program.)

Said Kleit: “We believe that university presses add substance, mission, and diversity to what independent bookstores offer, giving them a competitive edge in the marketplace.”