Sourcebooks is celebrating its 30th anniversary this year with a special backlist offer for independent booksellers in order to thank stores for their partnership and their contribution to the company’s success.

CEO and publisher Dominique Raccah founded Sourcebooks in 1987 as a publisher of books for bankers. Sourcebooks went from publishing just one title that year to 385 books in 2017, and NPD BookScan recently identified the company as the 10th largest trade book publisher in North America.

Over the years, said Raccah, Sourcebooks has organically evolved into a unique business, identifying both what customers need and what books the company excells at producing. Sourcebooks employs a little under 150 staff members and has three offices, in Naperville, Illinois; Milford, Connecticut; and New York City. Since its founding, Sourcebooks has had hundreds of books on New York Times bestseller lists, said Raccah.

“I think Sourcebooks is a fabulous place for authors to find voice and for us to bring authors to a new level. We’ve been doing that really well for many years, and you can really only do that in partnership with independent booksellers,” said Raccah, who was named Publishers Weekly’s Person of the Year in 2016. “You don’t get to do that just because you choose to do that; you really have to work with your bookseller partners to create that for an author and for a set of books. So it was really a way to say thank you and we did this together.”

Of the 385 books coming out this year, some of Raccah’s favorite recommendations include If the Creek Don’t Rise by Leah Weiss, an Indie Next List pick for August 2017.

“If anybody has not read If the Creek Don’t Rise, please do that!” Raccah told Bookselling This Week. “It’s absolutely extraordinary. The Southern Appalachian voice is just really remarkable. It’s one of my favorite novels we’ve ever published.”

One of Raccah’s most anticipated titles on the children’s side is the new book by Australian author Chris Ferrie, whose popular Quantum Physics for Babies, published in May, was a bestseller for Sourcebooks.

“My favorite book we have published by him just came out, called Goodnight Lab, a scientific parody of Goodnight Moon,” Raccah said. “I think Chris Ferrie could very well be the smartest writer of science for children ever. He’s an extraordinary talent.”

Raccah believes that Sourcebooks’ personalized service to authors is one thing that gives them a major competitive advantage, in part because the company was founded on marketing and branding, so growing authors’ business year on year in partnership with booksellers comes naturally.

“Like many bookish people, I’ve always found sustenance and hope, and many of my dreams and most of my role models, in books, more so than in real life,” Raccah said. “At Sourcebooks, we really believe that books change lives, and we’re actively looking for those books that will have that kind of impact. When people talk about our growth rates it’s a little odd because that’s not how we’re thinking about it. We’re thinking about it in terms of impact, in terms of making a difference, of creating voice and creating a place for people to find themselves.”

Sourcebooks’ juvenile division is divided into different segments: Jabberwocky, their children’s imprint; Sourcebooks Fire, their YA imprint; entertaining and licensing; and the Jabberwocky nonfiction imprint. Sourcebooks’ YA list, only five years old, is now the number-nine YA publisher in the country, according to Raccah. This Is Where It Ends by Marieke Nijkamp spent 60 weeks on the New York Times bestseller list, and Sourcebooks Fire staff are excited to release Nijkamp’s next book, Before I Let Go, in January. Another title that has been receiving very good reviews is Mask of Shadows by Linsey Miller, a fantasy novel starring a gender-fluid protagonist. 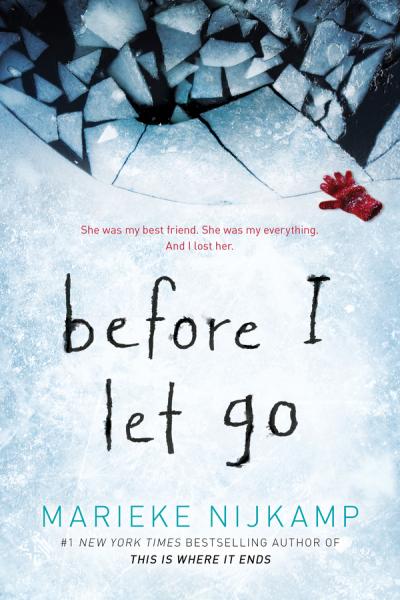 Sourcebooks’ adult fiction business is comprised of Sourcebooks Casablanca, their romance line, and Sourcebooks Landmark, their literary imprint, which has published titles like Charles Belfoure’s bestselling novel The Paris Architect in 2014. Landmark recently expanded to include mystery; Randall Silvis’ Two Days Gone, which came out in January, is doing very well, said Raccah.

When it comes to nonfiction, Sourcebooks is the publisher of the May 2017 Indie Next List pick The Radium Girls by Kate Moore. Another nonfiction title that was just released is The Joy Plan: How I Took 30 Days to Stop Worrying, Quit Complaining, and Find Ridiculous Happiness by Kaia Roman. On October 3, Sourcebooks will publish Shame Nation: The Global Epidemic of Online Hate by Sue Scheff and Melissa Schorr, with a foreword by Monica Lewinsky. We Are All Shipwrecks, a memoir by Kelly Grey Carlisle publishing September 5, is a complex and exquisitely written tale about family and persistence following tragedy, said Raccah, which has garnered several starred reviews.

Sourcebooks also publishes study aides, including the Fiske Guide to Colleges, which is the number-one college guide in the country, and is the largest publisher of regional books in the country. Regional books are a very special genre for indie booksellers, Raccah said.

“I think one of the things that booksellers know is books that are about their locale,” said Raccah. “It really matters to individual booksellers to have books that represent their region, so we have been a big proponent of that. It’s interesting because those books tend to do really well for our bookseller partners and do much less well online. That is one competitive advantage we offer to our brick-and-mortar retail partners.”

According to Raccah, one reason why Sourcebooks has grown so quickly and consistently over the years is its willingness to be innovative. The fact that Sourcebooks is an independent publisher “is an important part of our approach. Our way is to think a little bit like an outsider, to bring in new ideas, new voices, new ways of thinking,” she said.

Some of these innovations involve risks, many of which have paid off. In 2001, the company invested $250,000 to publish a poetry book packaged with CDs, Poetry Speaks by Elise Paschen and Rebekah Presson Mosby. That same year, Raccah mortgaged her house to publish We Interrupt This Broadcast, also packaged with CDs, featuring the most famous moments of the 20th century as announced by the actual news broadcasts. The $50 coffee table book ended up selling 800,000 copies and became the first Sourcebooks title to make the New York Times bestseller list, said Raccah.

Going forward, Raccah would like to continue to partner with indie bookstores on a number of fronts; this idea of partnership was what led to the company’s new backlist offer, she said.

The special backlist offer from Sourcebooks is viewable to booksellers who are logged into BookWeb; booksellers needing login information can e-mail info@bookweb.org.