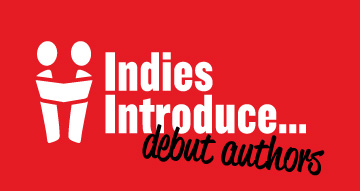 For the fifth consecutive season, two panels of booksellers from every region of the country have chosen 10 debut adult titles and 10 children’s titles for the Indies Introduce Debut Authors and New Voices promotion. Featured Winter/Spring titles include fiction and nonfiction, middle grade and YA, publishing between January and June 2015.

These standout debuts will take readers from the familiar to the exotic, from New York to Paris, from Montana to Pakistan, and to Swedish Lapland in the 1700s. There’s a mystery, an unforgettable boy and dog, unusual chickens, and a first book by an independent bookseller from Mississippi.

“After weeks of reading and discussing wonderful debut books, it is an honor and delight to highlight 10 new authors out of such a worthy and talented pool,” said the chair of the children’s panel, Tegan Tigani of Seattle’s Queen Anne Book Company. “The selection process introduced us to dozens of books we can’t wait to recommend, and through much deliberation, we honed our list to a spectacular, can’t-miss 10. Readers will fall in love with these books — and fall deeper in love with reading.”

Annie Philbrick of Bank Square Books in Mystic, Connecticut, who chaired the adult panel, noted that the committee chose books they believe can be top handsellers in indie stores across the country. “Many of them become staff picks, many will land on the Indie Next List and bestsellers lists, all of which show our value as booksellers to authors and publishers,” said Philbrick.

ABA member stores that have not signed up to take part in the Indies Introduce program are encouraged to do so now. The sign-up deadline is October 31, 2014. Stores that have participated in past Indies Introduce promotions are automatically included and do not need to sign up. To help support booksellers’ decisions to promote these unknown authors, publishers have provided special terms.

“This program exemplifies what indie bookselling is all about,” said children’s panelist Sarah Holt of Left Bank Books in St. Louis, Missouri. “Rather than just running algorithms on reader surveys to determine what the hot new books will be, each panelist gets a chance to argue for their dark horse candidates and to hear from others doing the same. This allows not only the universal favorites to emerge, but also the more quirky and unconventional titles that might be overlooked if not given a personal touch. I feel confident that we can get these books into the hands of all readers, not just fans of the latest trends.” 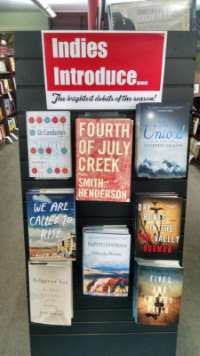 To sign up to participate in the Winter/Spring 2015 Indies Introduce Debut Authors and New Voices promotion, click here. (A BookWeb username and password are required.) And stop by the ABA booth at the regional trade shows to see some of the books and galleys that are part of the promotion.

Booksellers on the Adult Debut panel, chaired by Bank Square’s Annie Philbrick, were:

Booksellers on the New Voices panel, chaired by Queen Anne’s Tegan Tigani, were:

To read what the panelists had to say about the featured titles, click here.