Each day this holiday shopping season, staff at Brookline Booksmith in Brookline, Massachusetts, is taking to social media to post a new “bento box” photo, featuring a highly curated selection of book and gift ideas tailored to themes such as art, feminism, and the outdoors. 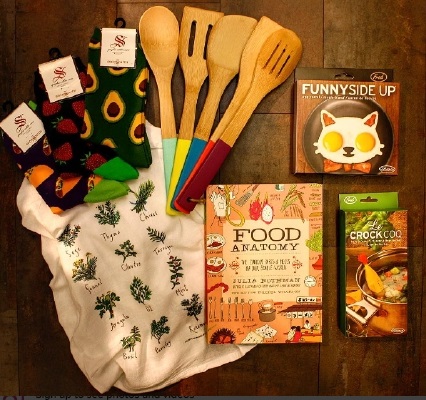 In Japanese culture, a bento box is usually a lacquered or decorated box with compartments for holding a single-serving meal composed of different types of food, such as rice, fish, meat, and vegetables. Guided by this concept and using items chosen from all over the store, Booksmith booksellers and gift sellers have created a series of photo compositions for the store’s Instagram and Twitter pages.

Brookline co-owner and manager Dana Brigham said that she and the store’s other co-owners felt that this year was the right time to step out of the box represented by the traditional holiday gift guide.

“In years past, we have diligently put together written brochures of gift ideas for the season but in the current age of social media, we decided to try something different this year, which was to send out an Instagram bento box image each day between Thanksgiving and December 24 with a mixture of books and gift items,” she explained. “We also posted the photos on our Twitter feed with the idea of trying to reach all of the people who might be interested in what we have to offer. At the Booksmith, we try very much to be a place for one-stop shopping during the holidays.” 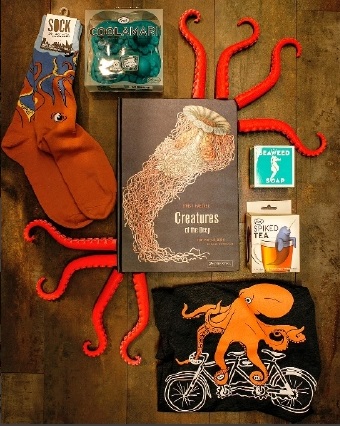 "Gifts For the Co-worker with Hidden Depths" Bento Box

Among the themes for the gift arrangements to date is “Play Hard Nap Hard,” which includes, along with other children’s items, Cozy Critter Herbal Neck Warmers, Animal Match Memory Game, and Elephant & Piggie Like Reading!: The Cookie Fiasco by Mo Willems and Dan Santat (Disney-Hyperion).

“We’ve had some people call about the bento boxes and a good number of people have come in looking for the items in the photos,” Brigham said. Customers and even authors have gotten in on the fun. On Instagram, Steven Rowley, author of Lily and the Octopus (Simon & Schuster), added the suggestion “Also #LilyAndTheOctopus!” for the collection labeled “Gifts for the Co-worker With Hidden Depths.” The deep sea-themed bento box includes, among other things, the Coolamari Octopus Ice Tray, seaweed soap, and Creatures of the Deep: The Pop-Up Book by Ernst Haeckel and Maike Biederstaedt (Prestel).

Bookseller Gwen Corkill said the bento box gift guide project was inspired by some of her previous blog posts on the Brookline Booksmith website featuring thoughtfully composed arrangements of books and objects.

“Putting together and photographing the arrangements was the fun part. The Booksmith has such an awesome collection of books and gifts to choose from — the hardest part was narrowing down items for the final shot,” said Corkill, who has also worked as a professional photographer for the past 10 years. “We wanted to strike a fine balance between representing the eclectic selection we have and still keep the minimalist style of the traditional bento box.” 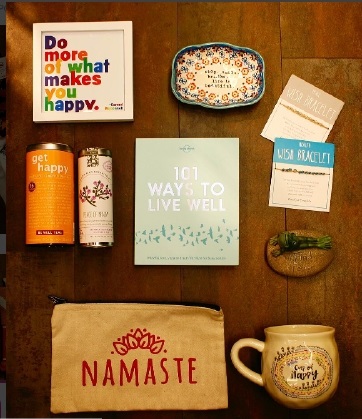 "For the Mindful Optimist" Bento Box

For customers’ convenience, Booksmith lists the price of every item in each Instagram post. The bento boxes are not prearranged but a staff member will help customers recreate the box of their choosing.