Ci5: Delivering a Deep-Dive Analysis of Trends in Children’s Books

The April 6 ABC Children’s Institute featured talk “Where Are We and Where Are We Going? Trends and Findings in Children’s Bookselling” was delivered by NPD Book client development specialist Allison Risbridger, who offered attendees the facts and figures behind the current content trends in children’s books. 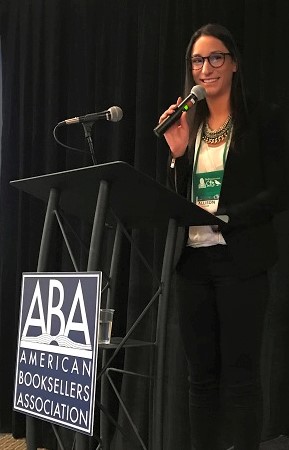 For the presentation, NPD Book, which recently acquired Nielsen’s U.S. market information and research services for the book industry, used sales measurement data from BookScan and PubTrack Digital, and data from the company’s Books and Consumers survey. The PowerPoint presentation from the featured talk is available on BookWeb (a username and password are required).

In the overall book market, print sales are down one percent year-over-year from 2010 to 2016, but print sales have grown about three percent for the past three years, said Risbridger. Adding in digital sales, the compound annual growth rate is about one percent (not including the self-published market). E-books have eroded while print has grown, Risbridger added, and when book buyers are asked why they are buying print titles rather than digital, they say they want to be able to hold them and to share them with other people.

In terms of the split between print and digital, the children’s book market is much less digital than the rest of the book market, while adult fiction is half digital, said Risbridger. In the overall market, the format breakdown from 2010 to 2016 shows hardcover is now outperforming e-books. “That’s the first time that we’ve seen that happen since 2011 — that’s really since e-books were introduced,” she said.

For the overall retail market, 2016 holiday retail sales were soft, said Risbridger, and dollar sales were down about one percent from where they were in 2015. Christmas week in 2016 was ahead of the same week in 2015, due in part to a later Hanukkah and customers’ tendency to procrastinate.

“With the availability of two-day shipping with Amazon Prime, consumers are getting this idea in their head that they can leave shopping until later and that results in fewer visits to the stores, less foot traffic, and later sales for the holiday season,” said Risbridger.

Since 2010, the children’s category has grown faster than the overall print book market in the U.S., with a compound annual growth of 3.4 percent from 2010 to 2016 and 5.3 percent year-over-year growth from 2013 forward, said Risbridger. Young adult fiction was down slightly from 2015 to 2016, while all other categories grew, including juvenile fiction, juvenile nonfiction, and young adult nonfiction.

In children’s and young adult fiction, category growth is coming primarily from the BookScan category of science fiction, fantasy, and magic, as well as from history, sports, people, and places; animals; classics; and holidays, festivals, and religion.

In children’s and young adult nonfiction, growth is coming from the categories of history, sports, people, and places; education, reference, and language; animals; holiday, festivals, and religion; biographies and autobiographies; and social situations and family health.

“Something interesting happening here is the girl power stories,” said Risbridger. “There were a lot of wonderful women’s biographies for children — Women in Science, Brown Girl Dreaming, Rad Women Worldwide, I Dissent: Ruth Bader Ginsburg Makes Her Mark — those did really well in 2016.”

J.K. Rowling had an enormous impact on 2016, added Risbridger. Titles from the Harry Potter series, including Harry Potter and the Cursed Child (Arthur A. Levine Books), accounted for 6.5 million copies sold.

When consumers reported the channels through which they purchase children’s books, independent booksellers came in at 5.1 percent, while online retailers make up 34.1 percent of the channel breakdown, chain retailers 27.1 percent, mass merchandisers 19.8 percent, and book clubs/fairs 5.5 percent.

In terms of the criteria influencing purchases of children’s books, liking to read books in the series, liking the character, and the price all gained influence in 2016. “We definitely see consumers becoming a lot more price conscious. Again, I think this is an Amazon effect. This is knowing that you can get books at a deep discount,” said Risbridger.

However, consumers also reported a preference for looking through a book. “This is a place where [independent bookstores] have a strong hold,” said Risbridger. “Getting book buyers into your store to feel and look at the books is a huge advantage.”

Trends in children’s books are taking form in comics and graphic novels, which grew 24 percent in 2016; science, technology, math, and engineering (STEM) titles; mindfulness; and a return to classics.

For STEM-based books, there was growth in science and technology fiction; computers; nonfiction technology; young adult technology; science and nature; and mathematics. “This is an example of the impact of STEM and what kids are learning in schools — what they’re going to buy to read for fun,” said Risbridger. She also noted the YouTube-driven slime phenomenon that has inspired kids to enjoy science as entertainment.

Nostalgia is a driving force in the broader retail market, from board games to fashion to crafts to fragrances, said Risbridger. “People are experiencing this digital fatigue and want to unplug,” she said. “They’re feeling like they want to go back to the simpler times, the times before this digital age.”

Growth in children’s backlist has outpaced frontlist for the past two years, and on the BookScan juvenile bestseller list for 2016, 17 of the top 20 slots were taken by backlist titles, many of which were early childhood classics, noted Risbridger.

The “more is less” philosophy, in which shoppers purchase more if they are presented with fewer options, is “a blessing for booksellers” as readers return to classic favorites, said Risbridger. “You have these books in stock. What it means is setting them up in a way that makes it easy for parents who are feeling nostalgic and who want to invest in these kinds of classics for their children.”

Millennial parents, specifically, are nostalgic, having experienced the pre- and post-digital world, and they are the largest demographic group, with 75.4 million in the generation in the U.S. Millennials, noted Risbridger, are deferring marriage but they are not deferring having kids; when they shop for children’s books, they tend to be socially conscious and appreciative of the influence of other cultures on the American way of life, gravitating toward more diverse books.