Indie booksellers across the country have chosen Ibi Zoboi and Yusef Salaam’s Punching the Air (Balzer + Bray) as one of their top picks for the Fall 2020 Kids’ Indie Next List. 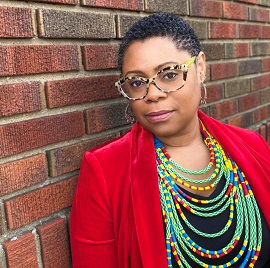 Award winning, bestselling author Ibi Zoboi has partnered with prison reform activist Yusef Salaam of the Exonerated Five to write a YA novel in verse about a boy who is wrongfully incarcerated. A downloadable teacher’s guide for the book can be viewed here.

“When 16-year-old Amal is wrongfully imprisoned, we not only witness but are swept up in verse as his world darkens with each loss,” said Destinee Hodge of East City Bookshop in Washington, D.C. “He loses dreams, friendships, and hope, and makes a final stand for his humanity. The depth of his pain and the betrayal of educators in his life who are supposed to support him are so palpable that, at times, I had to put it down. The beauty comes when his art and self-expression become his salvation. This book is a window that every educator — and, really, every reader — should be made to look through.” 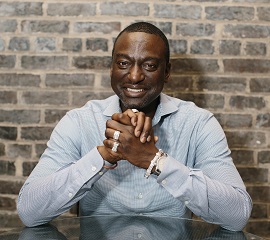 Here, Bookselling This Week talks with Zoboi about her collaboration with Salaam for this project. Zoboi also worked with Salaam to provide these answers.

Bookselling This Week: While this story is inspired by Yusef Salaam’s experience, it is fiction. Why did you both decide to partner for this project? What did the collaboration look like?

Ibi Zoboi: This collaboration started 21 years ago, when I first met Yusef in college. I was an editor for my college’s newspaper and I wanted to interview him for a feature. This was years before he was exonerated and two years after he’d been released. I never got that interview, but when we ran into each other a few years ago at a book festival, we decided to continue where we left off.

BTW: How did you craft Amal’s character?

IZ: Amal is based on Yusef as a teen. Yusef was selling his self-published book of poetry when I saw him a few years ago, and most of those poems were written while he was an incarcerated teen. One of those poems is called “I Stand Accused,” and Yusef had recited it in the courtroom after he’d received that wrongful conviction. He was 16 at the time and his ability to address the injustices in his own case with such depth and clarity was the inspiration for Amal. 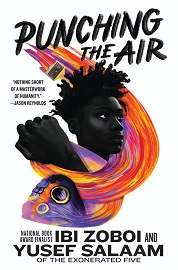 BTW: This book addresses several major issues within the prison system — including plea deals, the 13th amendment, and effective counsel — all of which disproportionately affect Black people. Can you speak to the importance of discussing these issues in a book for young adults?

IZ: One of the major reasons we wanted to tell this story for a teen audience was to remind the world that Yusef was only 15 years old when he was accused of such a heinous crime. He was a child. Fifteen-year-olds don’t usually learn about the Miranda rights or the court system. But this is something that young people are going through every day all over the country, especially among Black and Brown populations, as well as the rural poor. It’s easy for the legal system to take advantage of children and their families when they don’t have access to competent attorneys, or they are bullied into taking plea deals. Many young people do not know their basic rights when it comes to the Constitution. Including the 13th Amendment was a way to let them know that there is a major loophole in this historic document that plays a huge role in their lives. We wanted all these ideas to live on the page so that they can be discussed in the classroom.

BTW: In prison, Amal takes part in a poetry class where he is asked to write down a mistake he feels he’s made, place it into a bin, and pull out another mistake at random. Why did you include this specific exercise?

IZ: This is actually an exercise I’ve done with my students as a teaching artist. It was a way to tap into the students’ vulnerability and for them to start to connect to their peers. Once they realize that everyone makes mistakes, and sometimes the same exact mistakes they’ve made, they start to let their guard down.

BTW: The book’s title, Punching the Air, is an emotionally-charged image evoked several times throughout the book. What does it illustrate to you?

IZ: The title has several meanings. It is both an act of victory and an act of frustration. Amal is also wrongly convicted of throwing a fatal punch. Yusef expressed this idea of misplaced anger as a teen, of not knowing where to channel rage. The most powerful moment in the book is when Amal realizes that his punches will be paintbrushes.

IZ: As much as we talk about criminal justice and prison reform or abolition, there isn’t much we can do about it right this moment. There are young people who are still entangled in the school-to-prison pipeline. What we can offer them is the power of art. They still have the ability to express their truths in whatever way they see fit. This is how Yusef was able to hold on to his humanity while wrongly incarcerated for over six years.

BTW: What role have indie bookstores played in your life?

IZ: Yusef and I talk about this often. We were taking classes where the required reading list were books that were not readily found in bookstore chains. I used to work at Waldenbooks in New York but I shopped at Revolution Books in Harlem and Nkiru Books in Brooklyn because the books we needed for class were on the shelves. Our professor also had booksellers visit our class and he would take orders right then and there. The following week, he would haul boxes of books into the classroom. I absolutely loved that experience. The books felt very special. I still have all those books and, interestingly enough, when I had visited Yusef at his home, he also had those books. We frequented Black-owned bookstores because this is where we went to fill our intellectual well.