Several booksellers recently reconsidered the art of the display.  Their efforts include a new take on the monochromatic, inspired by Christopher Moore; a twist on family reading time; and a new location for overlooked picture books. 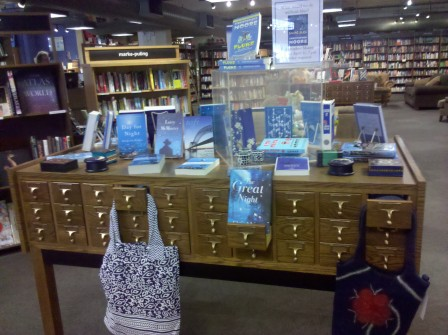 Boswell Book Company in Milwaukee, Wisconsin, created a big blue display, but not without some forethought. “Every bookseller has a display person that wants nothing more than to do a display with books that are all the same color,” said store owner Daniel Goldin. “This has been an on-and-off subject of discussion for the 25 years or so that I have been in the bookstore. They are always very pretty, but what are they there for?”

Goldin said Boswell generally plans displays based on the usual things, such as holidays or the time of year, but he often likes to link them to upcoming events. 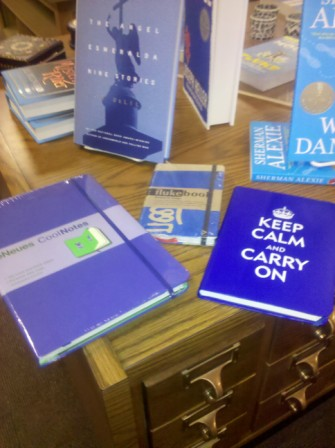 “So the great thing about the blue display is that it so tied in to Christopher Moore’s Sacré Bleu, which goes on sale April 3,” said Goldin. “The ultramarine blue paint is a very important component to the novel, the story of a baker who, with Toulouse-Lautrec, is suspicious of Van Gogh’s recent suicide. So we put together our favorite blue novels, along with Christopher Moore’s backlist. A few of the books we love that went on the table were Glaciers, Day for Night, and The Invisible Bridge. We keep a restocking checklist at the front desk, because we find when a table works, it’s hard to keep fresh.”

Goldin added blue sidelines to give the table “another dimension” — some bags, a few journals, a blue mosaic votive candle holder, and an assortment of wooden boxes.

Boswell has been selling titles from the display, which also serves to provide exposure for its upcoming Christopher Moore event. “We try to repurpose a good display into a blog post as well, to give it legs,” said Goldin.

“There are some really popular adult books that were made into kids’ books yet those aren’t as well known,” Robicheau said. “This was a way to promote sales and encourage families reading together.  Instead of someone seeing a book in the window they liked and buying that book, they saw two books so it just about doubled that sale.  Also, they were pretty easy to sell because the adult book was already so well known.”

Customers took to the concept immediately.  “The community really likes the idea of being able to read together with their kids, and the kids have a lot of fun with it because they feel like they are reading an adult book,” she said. “I had a customer come in and tell me that her church started a book group based on this idea, and I thought that was just wonderful!” 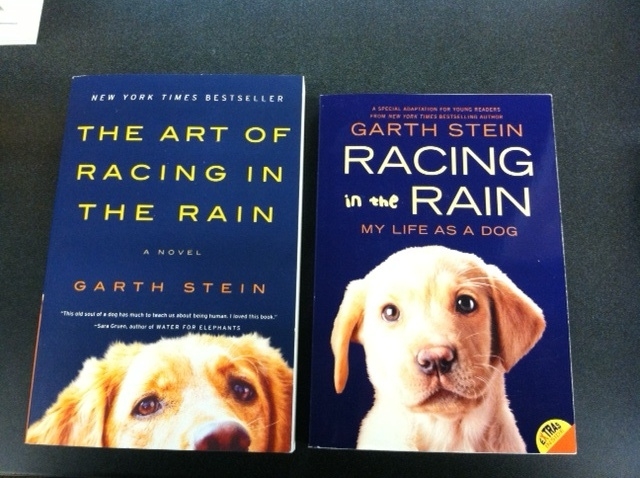 Some of the titles featured by Water Street were Little Women by Louisa M. Alcott; Three Cups of Tea (Greg Mortenson, Penguin); The Art of Racing in the Rain (Garth Stein, Harper Perennial); and Marley & Me (John Grogan, Harper).

Robicheau also displayed books about the same subject such as Ben and Me and Mr. Revere and I, both by Robert Lawson (Little, Brown Books for Young Readers), with adult titles.  With titles on the same subject, parents and kids “can read each book and compare and contrast what they read,” she said. “It also works with books about the Titanic and climbing Mt. Everest, as well as many others, I’m sure.” 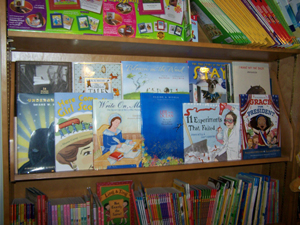 At Storybook Cove in Hanover, Massachusetts, Janet Bibeau has created a variation on the picture book display to better match books and readers. After observing that most of the store’s picture books were being bought for three- to five-year-olds whose parents moved them on to early readers or chapter books as soon as they were ready, she looked for a way to promote some of the excellent picture books geared to older kids.

“They thought picture books were ‘too young,’ and did not consider them appropriate for their children,” said Bibeau. “However, there are plenty of picture books with older themes such as historical fiction and picture biographies that have more detailed and sophisticated text well beyond the comprehension of three- to five-year-olds.”

To bring attention to these overlooked books, Bibeau has created a display on two shelves in the chapter books area of the store with a sign noting the titles’ appropriateness for seven- to eight-year-olds.

To contact BTW about your unusual or sales-generating displays, send an e-mail to editorial@bookweb.org.