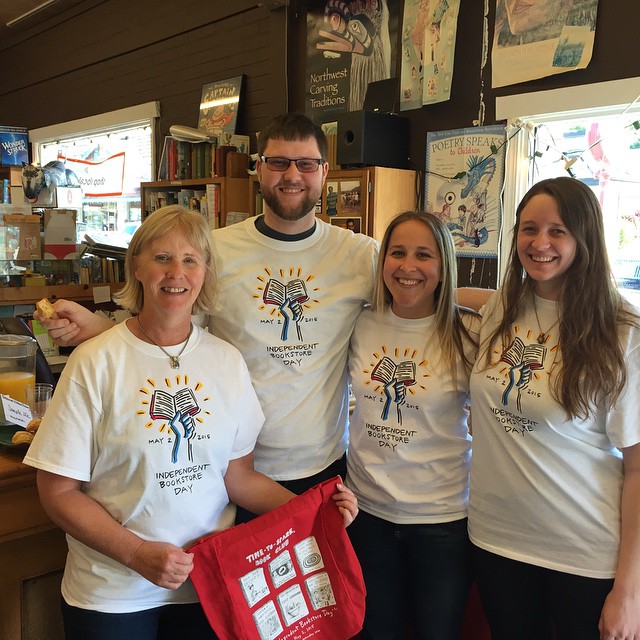 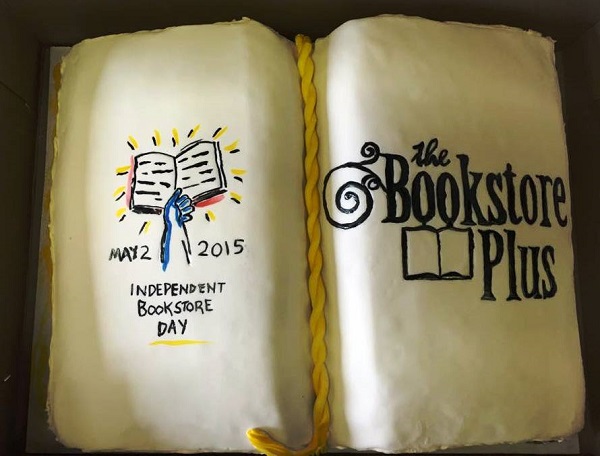 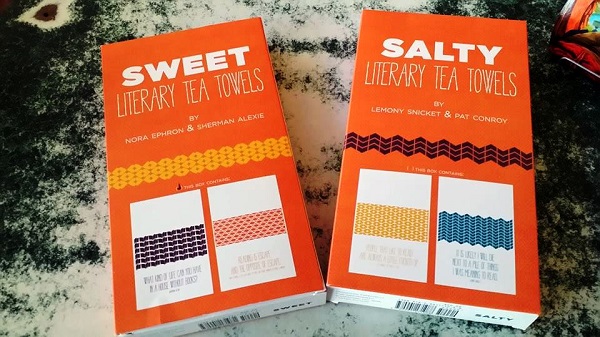 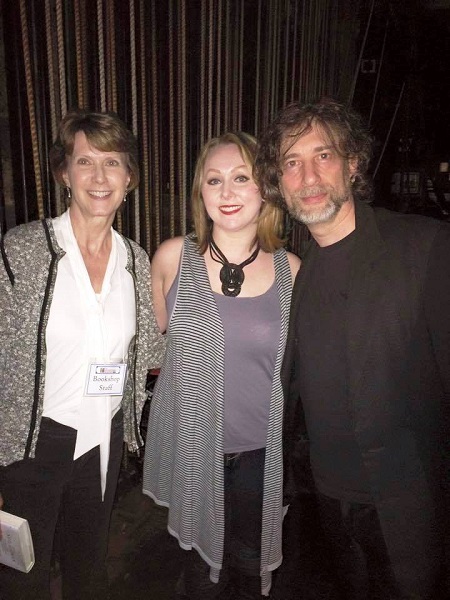 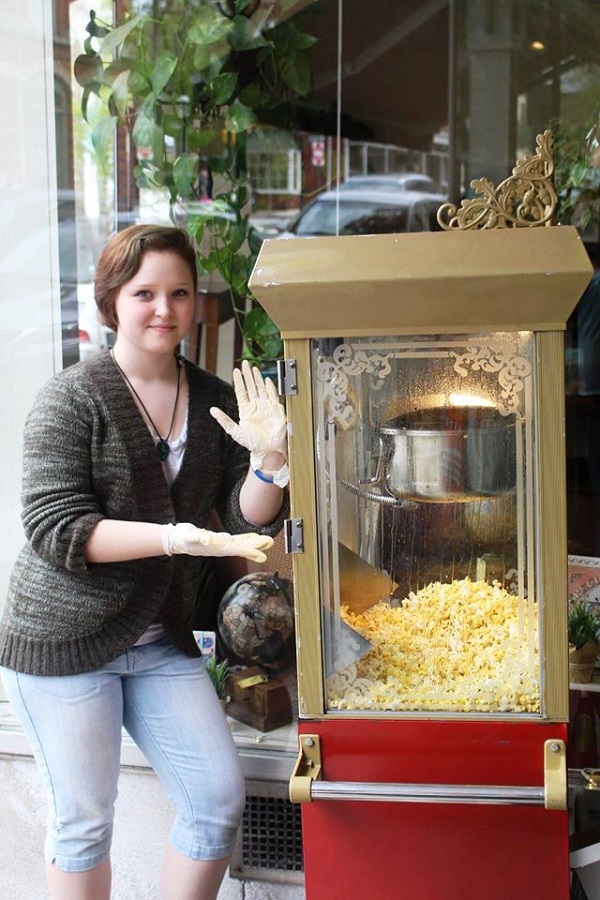 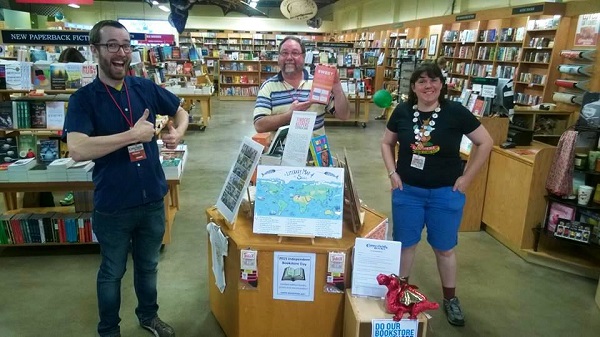 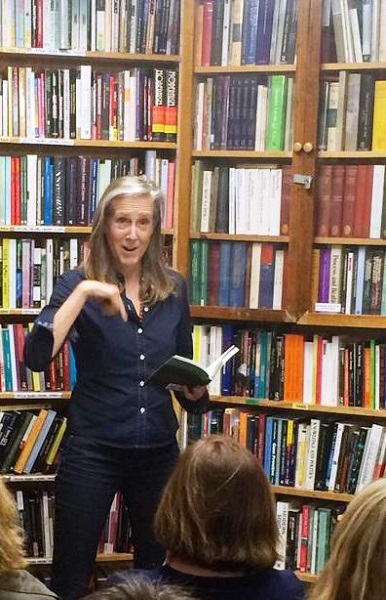 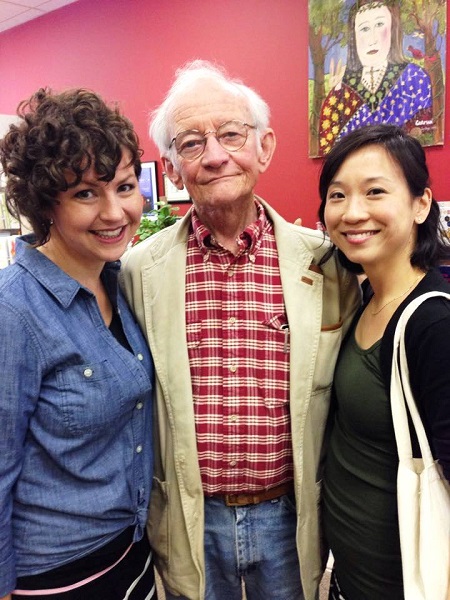 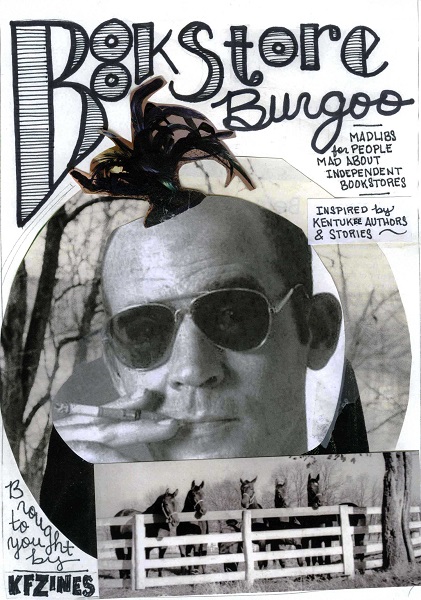 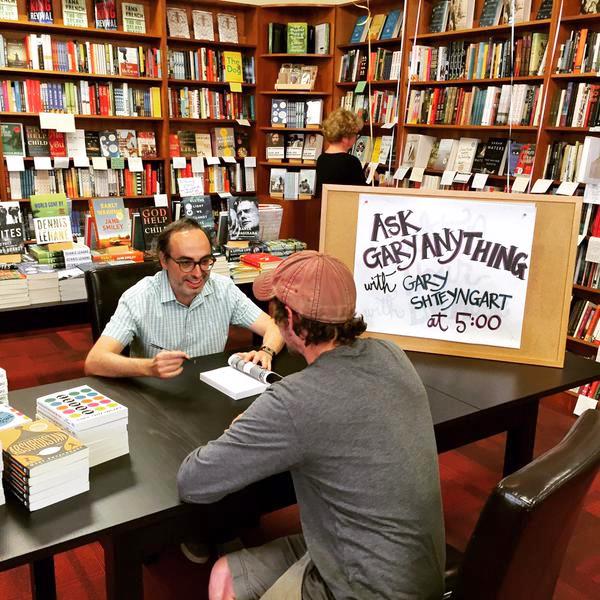 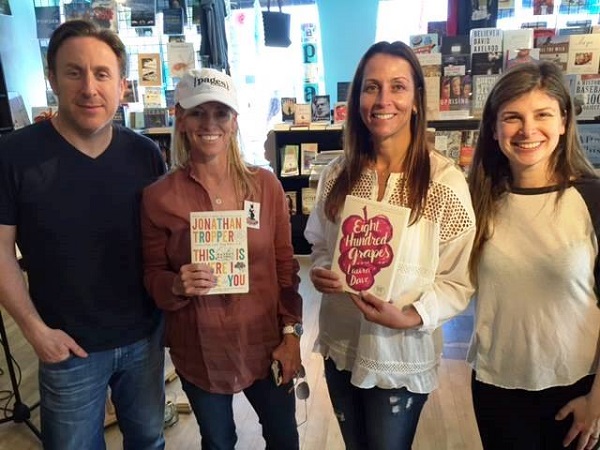 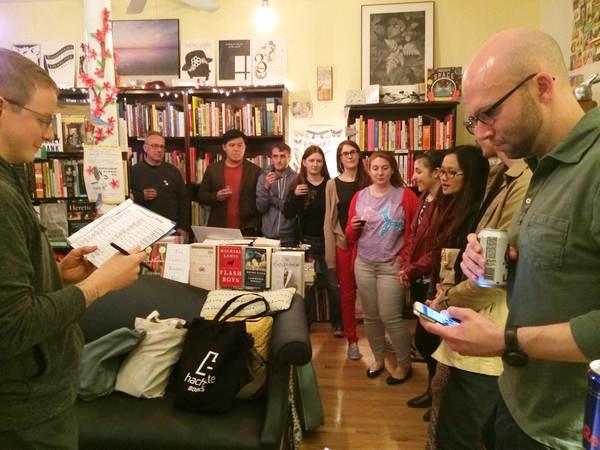 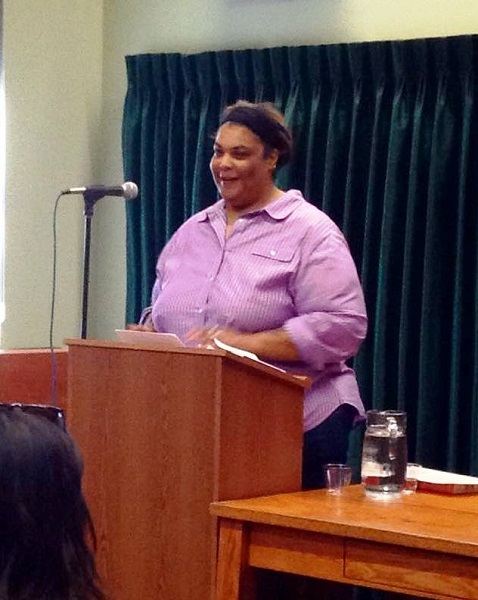 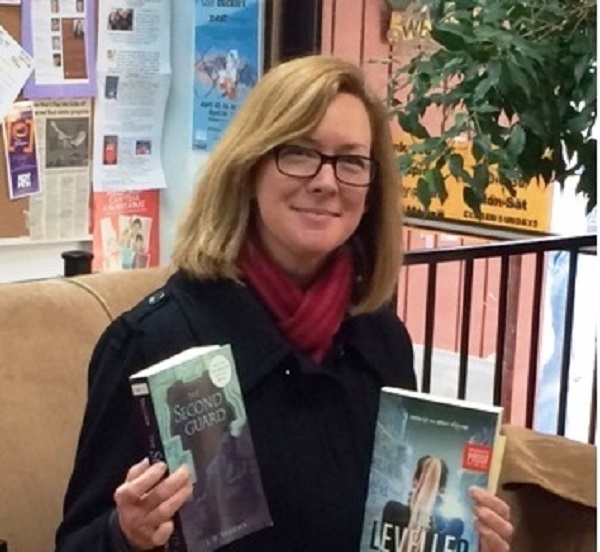 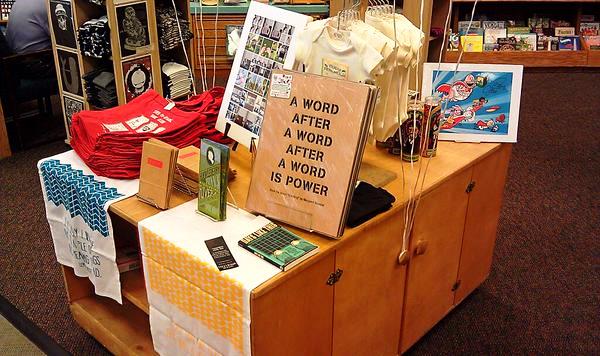 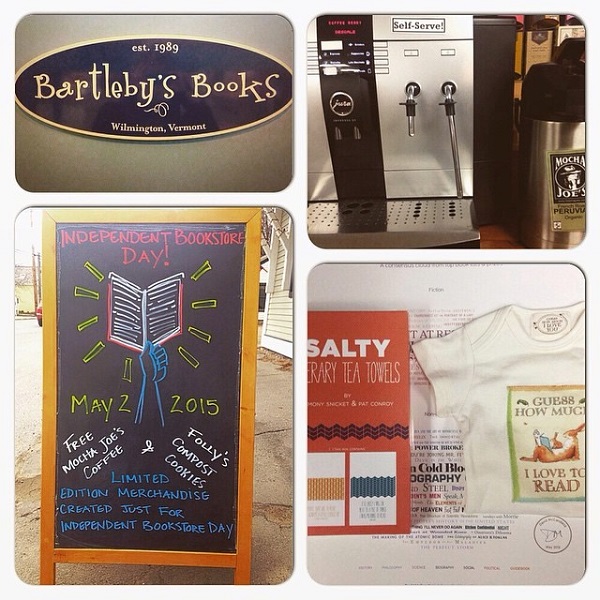 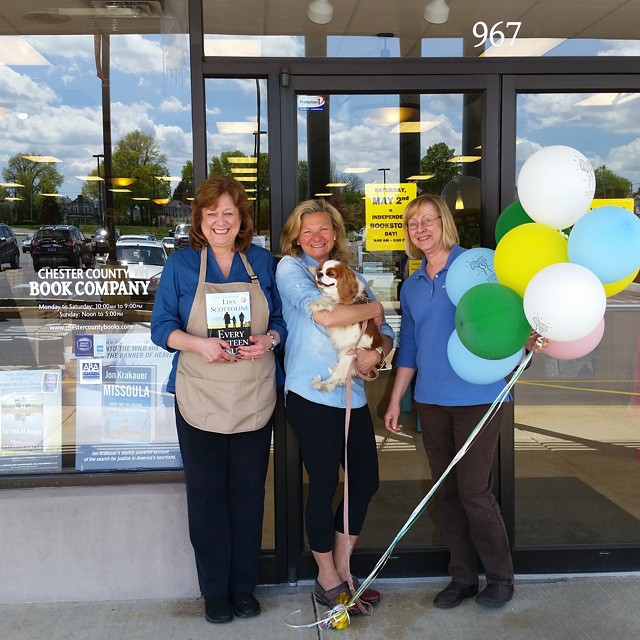 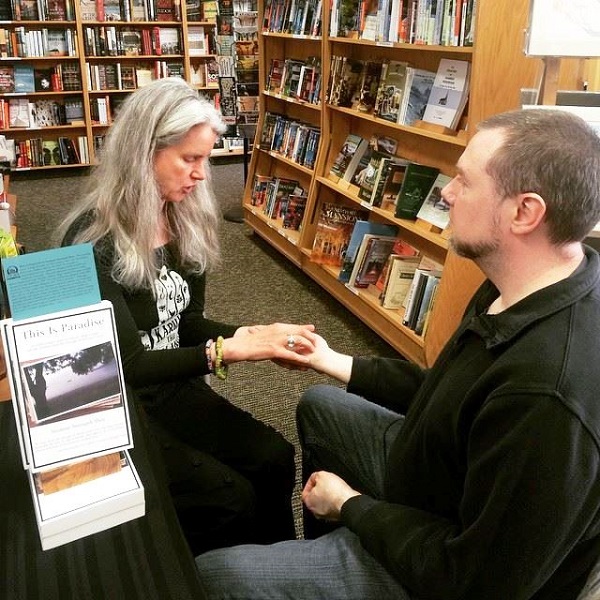 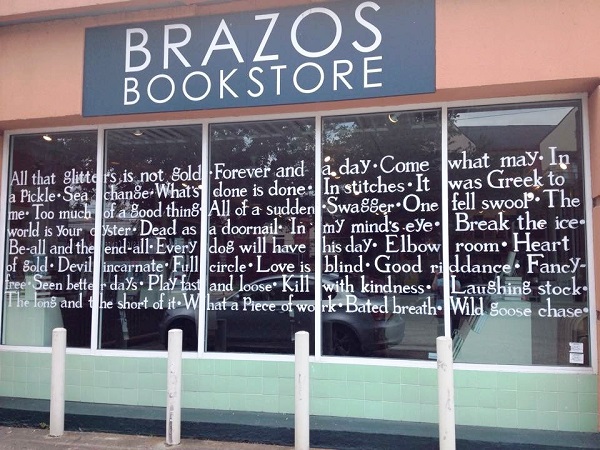 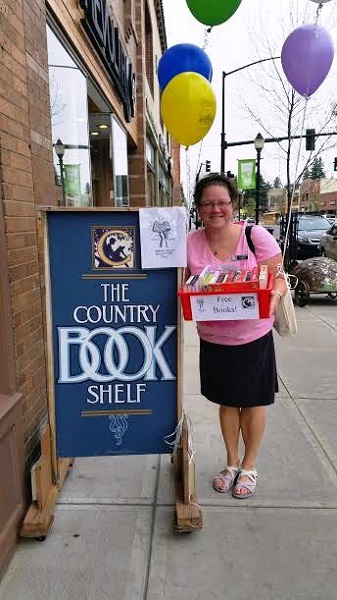 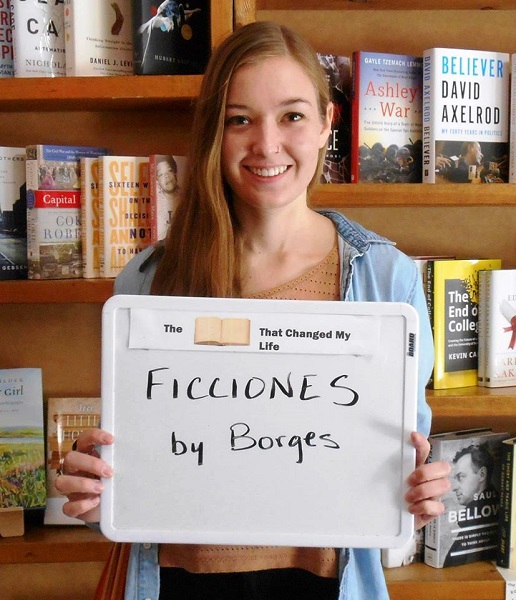 Booksellers celebrated the inaugural Independent Bookstore Day on May 2, 2015, with author events, discounts and giveaways, tasty treats, and special literary-themed merchandise available exclusively at 400 bookstores across the country.

“Overall, the day was a great one,” said Samantha Schoech, Independent Bookstore Day’s program director. “And, of course, we learned a lot about how to proceed for next year.”

Early results from a survey of the participating stores showed solid sales gains, with 80 percent of the responding stores reporting a sales increase over the first Saturday of May 2014.

Northern California Independent Booksellers Association Executive Director Hut Landon noted that even those stores that didn’t see huge success with the special literary-themed merchandise still reported increased sales. “Last year in California, the special items were, at most, 20 percent of people’s sales for [California Bookstore Day],” said Landon. “What’s selling is regular stuff in the store, but the items help promote Independent Bookstore Day and get people in who want to spend money.”

Schoech said that the list of special Independent Bookstore Day books and art pieces will continue to be adjusted. “We are never going land on the perfect thing for every store in America, but we strive to create a list that has something for everyone,” she said. “We are evermore steadfast in our requirement that each item must be worth lining up for.”

“At any one time you could have come in here and seen four to six authors on the sales floor working as booksellers. When we did the same thing for Indies First, it was a huge hit,” said Cottingham.

The day’s sales at Maria’s were up 62 percent from the first Saturday in May 2014, said Cottingham, adding that media coverage of Small Business Saturday has helped cement the Shop Local movement in people’s minds.

On Saturday, Durango-area authors including Scott Graham and Chuck Greaves hand-sold books, signed their work, and chatted with customers, who received 10 percent off any author-recommended book.

In Doylestown, Pennsylvania, The Doylestown Bookshop hosted an array of events in the store prior to a big offsite appearance by Neil Gaiman on Saturday evening.

Bookstore staff also enjoyed secretly placing notes inside books with messages about their favorite page or line, or simply offering a few words of inspiration.

Doylestown owner Glenda Childs said that, leading up to and on Independent Bookstore Day, the store staff was incredibly busy with the Gaiman event so. Looking ahead to next year, she said, the store will do more early advertising and work to pull in some bigger local authors for in-store events.

“Overall, my impression was good. I was really happy that it was so much fun,” said Childs. “I worked a 12-hour day — I wanted to be here for as much of the day as possible, to be out on the floor.”

In Northern California, Copperfield’s Books’ seven stores celebrated the day in a number of ways, but the most successful events were in the Montgomery Village and Healdsburg stores, according to Vicki DeArmon, Copperfield’s director of marketing and events.

DeArmon said Copperfield’s offered customers food and beverages, a scavenger hunt, prize drawings, and children’s story times. In addition, anyone who signed up for a store book club received a free bottle of wine and customers who bought one of the day’s special literary-themed items received a free Independent Bookstore Day bag.

Sales on the exclusive items weren’t a home run, so all seven stores will sell off the rest of the IBD merchandise throughout the month of May, DeArmon said.

“We did [California Bookstore Day] last year, but I think this is the first time that people acknowledged it on a consumer level,” said DeArmon, who noted that the national focus of the event helped spur a great deal of media coverage, local and otherwise. The store also did quite a bit of its own promotion, sending out e-mails to their 10,000-person list for six weeks prior to the event, and posting frequent reminders on Facebook, Twitter, and Instagram.

In Lexington, Kentucky, local journalism professor David Wheeler created a video for The Morris Book Shop as a special gift in honor of Independent Bookstore Day.

In addition to publicity garnered from this creative promotion, the store had a great sales day, even though the event fell on same day as the Kentucky Derby, said Natalie Cunningham, Morris’ community engagement coordinator, who reported that sales were double what they were on the same day last year.

“Since it was on Derby Day, we didn’t do a humongous party, but we still had a great time,” Cunningham said. “It was really less about the swag than people just coming out to the store.”

Organizers for the area’s annual Kentucky-Fried Zinefest also partnered with The Morris Book Shop to hand out original Mad Libs with a literary twist.

“We sold much more of the special items last year, but we still had a lot of people come up and hang out,” said {pages} manager Scott Becker.

Despite several other popular events happening in Manhattan Beach on Saturday, the bookstore saw many of its regular customers, plus a few new customers who ventured out to see the nationwide party in action. “There were people who sought us out because we were participating in Independent Bookstore Day,” said Becker, who added that booksellers at {pages} are looking forward to celebrating again next year. “It’s a great thing not only for the store, but also for independent booksellers everywhere,” he said.

“Our sales beat last year’s sales by more than a third,” said Fesco, who took over the now 22-year-old store in 2006. “April had been record slow, so this was a shot in the arm when we really needed it. I would say it was really almost as popular as Small Business Saturday.”

“We just recently had many of the local authors for events so they were more than happy to come back for Independent Bookstore Day,” Fesco added. “We also got great publicity from our local paper.”

Fesco, who credited staff members Kate Anderson and Matt Thrush for their indispensable help, said Independent Bookstore Day was the busiest sales day yet of 2015.

“We’re usually pretty slow this time of year, and it was a good day,” said Maria Cunningham of Bartleby’s. “People came in and were happy to celebrate Independent Bookstore Day. It was fun for us, also.”

In anticipation of the event, Bartleby’s announced the store’s festivities in the local newspaper and on the store’s website and social media. A sidewalk sandwich board featuring the Independent Bookstore Day logo invited customers in for treats and to check out the special merchandise, of which the “Guess how much I love to read” onesie was the most popular.

“We haven’t talked about doing it next year, but it seems like it went well and it was a busier day than we would have had,” said Cunningham. “It was a good Saturday for us for this time of year.”

Ariana Paliobagis, owner of the Country Bookshelf in Bozeman, Montana, said Independent Bookstore Day came off fabulously at her store.

“We really didn’t know what to expect as far as turnout from customers, but it was fantastic. Sales were up 57 percent compared to last year, which is huge for us. Saturdays this time of year are usually quiet, but sales were stellar. People kept coming up and saying, ‘Happy Independent Bookstore Day!’ to us,” Paliobagis said.

The celebration at Country Bookshelf featured galley giveaways, live Irish music performed by two young patrons, a release party for the local university’s literary journal that drew 60 people, book trivia games, and even an old typewriter for anyone who wanted to write a spontaneous message.

Carson Evans, the store’s advertising and events coordinator, was the key organizer for Country Bookshelf’s festivities.

“It seemed to go really well,” she said. “We had a lot of people come in especially because of Independent Bookstore Day. I was really blown away by how much interaction people had with everything!”

At Valley Booksellers in Stillwater, Minnesota, Independent bookstore Day proved to be very popular. “We had one of our record days. It wasn’t quite like Christmas, but almost,” said bookseller Della Hodler.

The bookstore offered coffee from The Daily Grind Espresso Café and treats from Candyland, as well as drawings for gift cards and other prizes and an in-store scavenger hunt. Authors Chuck Logan and Michael Hall visited to sign books and mingle with customers. The bookstore also created a word cloud featuring customers’ favorite books.

“We really enjoyed it,” said Hodler. “We had lots of people come and say, ‘I love shopping at our independent bookstore!’” —Liz Button and Sydney Jarrard