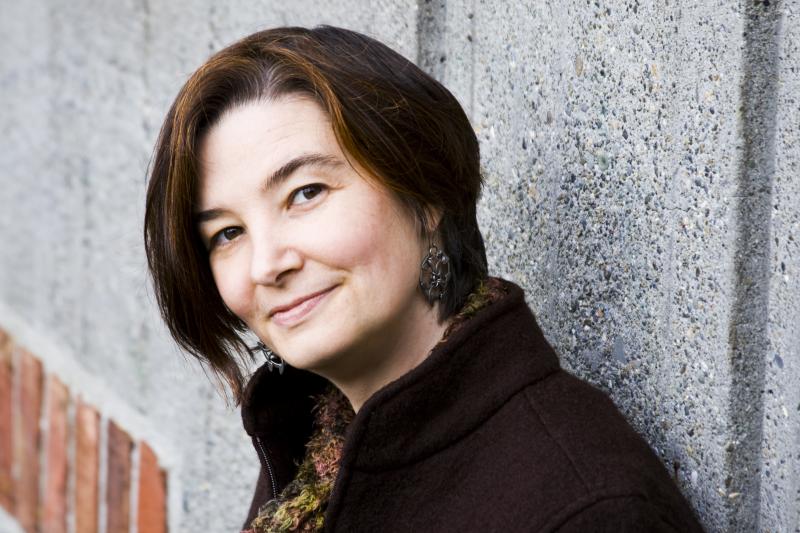 Kelly Jones is the author of Unusual Chickens for the Exceptional Poultry Farmer (Knopf Books for Young Readers), a Spring 2015 Indies Introduce title for middle-grade readers and a Summer 2015 Kids’ Indie Next List pick.

In Jones’ debut, 12-year-old Sophie Brown and her parents move from bustling Los Angeles to a quiet farm the family has inherited from a relative. Things get interesting — and a bit magical — when a cranky chicken appears and Sophie discovers it can move objects with the power of its little chicken brain: jam jars, the latch to the henhouse, even the henhouse itself.

“Fantastic!” said Tegan Tigani of Queen Anne Book Company in Seattle, Washington, of Unusual Chickens for the Exceptional Poultry Farmer. “Told in letters, this is sweet and funny, with a touch of magic and tons of chickens! It’s a perfect, entertaining — but meaningful — read for the elementary set.”

A former children’s librarian and bookseller, Jones lives in Seattle with her very own (and possibly unusual) chickens.

Sophie is a daring go-getter with a mind of her own, instantly lovable and sharp as a tack. How did you develop her as a character? 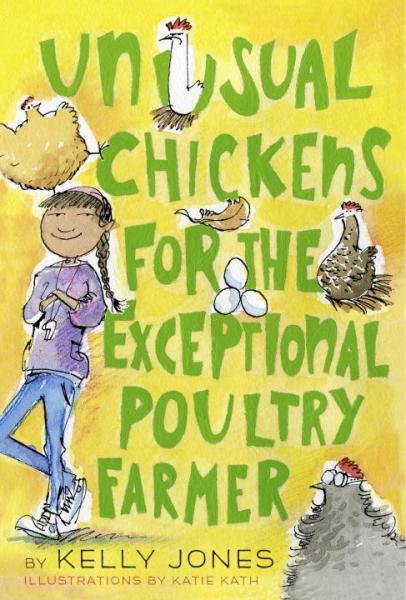 Kelly Jones: Sophie showed up in my mind at the beginning of writing this book (believe it or not, this is fairly normal for writers), complete with her own way of seeing the world. I imagine she came from years of paying attention to all the tiny things that make us who we are, and what funny people have to say about it. But even after she’d appeared, I still had to listen to how kids interact with their worlds, ask bicultural and Latina writers for help with things I wasn’t sure about, and remember what it felt like to be a 12-year-old girl.

Sophie reads to her chickens from The Hoboken Chicken Emergency — which is actually a real book! How did it influence Unusual Chickens? What are some of your other writing influences?

KJ: It is a real book, although, as a West Coast kid, I didn’t realize that Hoboken, New Jersey, was real until I was an adult! [Author] Daniel Pinkwater’s combination of realistic kids (who are often outsiders), complex communities, and utter wackiness clearly had an influence on me. Sophie is named after the protagonist of Diana Wynne Jones’ Howl’s Moving Castle, and they are both hard workers who get things done. I suspect that Terry Pratchett’s Tiffany Aching also had something to do with Sophie’s persistence and sense of duty. I loved the way the community helped take care of Primrose in Polly Horvath’s Everything on a Waffle. And ever since I fell in love with Sorcery & Cecelia by Patricia C. Wrede and Caroline Stevermer at age 14, I’ve been dying to write a book in letters.

As a former children’s librarian, how do you think librarians and booksellers can help promote diversity in children’s literature?

KJ: First, by seeking out diverse books and reading them. A reading challenge such as Elizabeth Bluemle’s 50/50 Diverse Reads Project can help you become more aware of your unconscious reading choices.

Second, by recommending diverse books to everyone and keeping them on hand. I believe in the power of seeing yourself in books, but I didn’t write Unusual Chickens only for bicultural Latina 12-year-old girls who take care of chickens with super powers! Challenge yourself to include at least one diverse title in any group of book recommendations, no matter who the recommendations are for. Pay attention to when you have a hard time matching diverse titles to readers’ interests, and add titles to your reading list for those genres, interests, or ages. Need more funny contemporary diverse books, diverse fantasy novels, or diverse graphic novels? Ask around!

Thank you for supporting independent bookstores! What is your favorite thing about indie bookstores?

KJ: I love it when booksellers can’t wait to tell me about a book! Most of the books I love best aren’t blockbusters, as I have quirky taste, so I rely on the indie booksellers I know to keep an eye out for books they think I might love. And indie bookstores make gorgeous displays that include lesser-known books, intriguing me with the covers of books I haven’t seen anywhere else.

If you were still a bookseller, what three books would you want to face out on the shelves?

Next up on my reading list is the Indies Introduce pick Murder Is Bad Manners by Robin Stevens — I can’t wait!