An Interview With Historian and Wi7 Plenary Speaker Douglas Brinkley 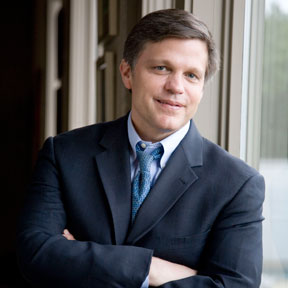 A highlight of next week’s Winter Institute, sponsored by the Ingram Content Group, will be Wednesday afternoon’s interview of award-winning historian Douglas Brinkley, author of The Great Deluge: Hurricane Katrina, New Orleans, and the Mississippi Gulf Coast (HarperPerennial), by Bob Minzesheimer of USA Today. The plenary session “New Orleans Recovery & Localism” will take place at 4:45 p.m. on January 18 in the Grand Ballroom, where locally brewed Abita Beer, Barq’s Root Beer (Barq’s Brothers Bottling was founded in 1890 in the French Quarter), and light refreshments will be served. A limited number of copies of The Great Deluge will be available. Brinkley will also be signing at Thursday evening’s Author Reception.

Brinkley is currently a professor of history at Rice University. Five of his books have been selected as New York Times “Notable Books of the Year.” He won the Benjamin Franklin Award for The American Heritage History of the United States (1998) and the Theodore and Franklin Roosevelt Naval History Prize for Driven Patriot (1993). He was awarded the Business Week Book of the Year Award for Wheels for the World and was also named 2004 Humanist of the Year by the Louisiana Endowment for the Humanities.

Here Brinkley talks about some of the heroes and bad faith players in the tragedy of Hurricane Katrina, as well as indie booksellers’ role in the area’s economic recovery. He also discusses his next book — afull-scale biography of the iconic CBS news/anchorman Walter Cronkite — and reveals that he is starting on a new work with jazz great and New Orleans native Wynton Marsalis.

You mention in The Great Deluge that you could have written a memoir about the experience of living in New Orleans during Hurricane Katrina, but instead you opted to write the history of a single week — August 27 – September 3. Why did you choose that way of describing what happened?

My trade is history. I’m comfortable writing in the past tense. While my house on Jefferson Avenue in New Orleans received terrible damage on August 29, 2005, I wasn’t a true victim of Katrina like those who lost everything. Back in 1993 I wrote a memoir, The Majic Bus, about cross-country classroom trips with my college students assigned to read 50 classic books on the road while visiting the literary landscapes of such writers as William Faulkner, Willa Cather, W.E.B. Du Bois, Thomas Wolfe, and many others. Due to The Majic Bus I knew how to write a Katrina memoir. But the devastation from the hurricane and breached levees was so horrific that I wanted to be a historian — journalist — documentarian. In preparation for writing The Great Deluge, I read Elie Wiesel’s Night, John Hersey’s Hiroshima, Michael Herr’s Dispatches, and John Steinbeck’s The Grapes of Wrath. I wanted to write about loss of community ... of friends ... of decency ...of leadership ... and of effective government from a first-draft of history perspective.

Elie Wiesel once wrote that the survivor speaks words, writes words, with great trepidation. I couldn’t agree more. That writing for a Katrina survivor like myself was not about a hit book, but a calling. Having worked the rescue boats in devastated New Orleans, wondering when FEMA and the Red Cross would arrive with help, witnessing NOLA police brutality, I was duty bound to speak up. A nurse can administer insulin and a fireman can put out a blaze. I am a writer. My tools are pen and paper. I survived Katrina by good luck and economic privilege. To have not written about what I had witnessed would’ve been to betray New Orleans, Bay St. Louis (where I had a home along the Jordan River that was obliterated), and myself. The Great Deluge was one historian’s heartfelt response to the worst hurricane America has endured.

You say that “only by remembering, and holding city, state, and federal government officials responsible for their actions, can a true Gulf South rebuild commence in appropriate fashion.” How would you characterize the level of governmental accountability?

History has branded the bad faith players of Katrina with a spray-painted X across their names forever. There were villains like the New Orleans police officers who murdered James Brissette and Ronald Madison on the Danziger Bridge. Michael Brown was abysmal as FEMA Chief. New Orleans Mayor Ray Nagin shaved his head on Air Force One, anxious to look good for a photo op as people were dying all around him. I deal with such cads in The Great Deluge. But I also profile heroes like Lt. General Russel Honoré (of the U.S. First Army) and Dr. Fredro Knight (from the Hancock Medical Center in Mississippi).

What I learned from writing The Great Deluge was that Mississippians saved Mississippi and Louisianans saved Louisiana in the first week of the storm. The Bush Administration — with the exception of the U.S. Coast Guard — was AWOL.

Along with the stories of governmental negligence and mismanagement, there were stories of those who risked their lives to save as many of the stranded as they could, enough to fill a “Hall of Heroes.” Who are some of the heroes?

I have many Katrina heroes. But let me say something special about the current New Orleans mayor, Mitch Landrieu. Back in August 2005, when Katrina hit, Mitch was lieutenant governor. With tailwinds still kicking up, Mitch got in a Wildlife and Fisheries flat-bottomed boat and started rescuing folks in the Lower Ninth Ward. I write about his efforts in the book. His love of New Orleans is inspiring.

What kind of role have you seen independent retailers play in spurring the economic recovery of New Orleans, and has this phase of the city’s history led to you to consider writing a sequel?

Independent retailers constitute the heart and soul of New Orleans. Only when Octavia Books and Garden District Bookshop reopened did I realize the Big Easy was getting back to normal. Hundreds of people would come to those institutions to swap Katrina stories and attend public readings. I have no compulsion to write a sequel to The Great Deluge … but maybe for the 20th anniversary.

I’m currently working on a book with jazz legend Wynton Marsalis called Blues America (which will celebrate, in part, the intelligent artistry of New Orleans music legends Louis Armstrong and Jelly Roll Morton). We are just beginning our collaboration. Wynton and I are friends with the African-American literary and jazz critic, novelist, and biographer Albert Murray. A few months ago, we journeyed to Harlem to visit Murray, who is 95 years old. All bookstore owners should be sure to keep Murray’s The Omni-Americans (1970), South to a Very Old Place (1971), and Stomping the Blues (1976) in stock. These are all essential reading for anyone interested in blues-jazz as high art.

What are you working on now?

HarperCollins is publishing Cronkite — my full-scale biography of the famous CBS news/anchorman — this year, in late May. I had access to Cronkite’s papers at the University of Texas at Austin and the CBS Archive in New York.

It’s the most comprehensive biography I’ve ever written (I interviewed around 200 people). Vanity Fair has just purchased first-serial rights and my publisher is sending me on a 14-city tour. Cronkite grapples with the Great Depression, D-Day and the Bulge, the Holocaust, the Nuremberg Trials, Edward R. Murrow, McCarthyism, John Glenn and Apollo 11, Vietnam, Watergate, and the end of the Cold War. For a historian, Cronkite was the ideal eyewitness to the twentieth century to write about.