For the second installment in our series profiling the American Booksellers Association’s staff and their roles in meeting members’ needs, BTW spoke with Mark Nichols, Pete Reynolds, and Linda Ford, ABA’s support team for publisher programs. 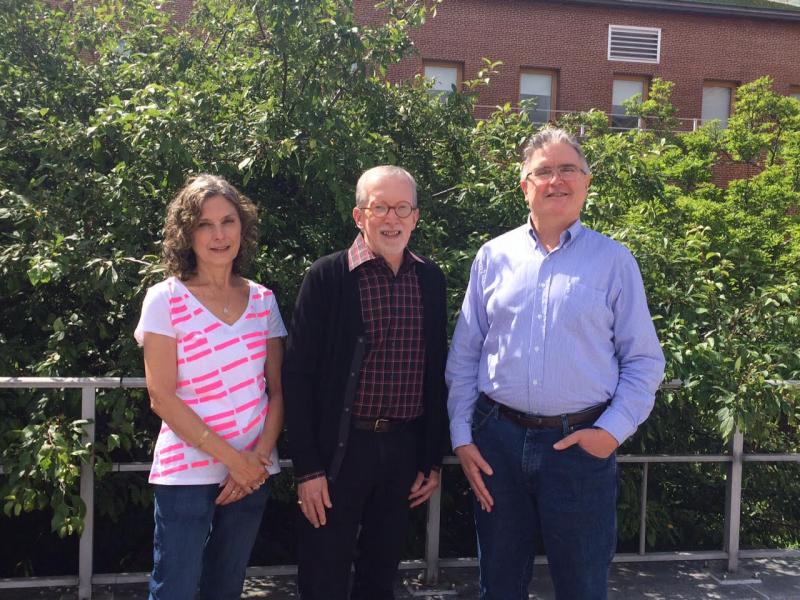 Leading the team is Development Officer Mark Nichols, who describes his role as “the point person for ABA marketing opportunities for publisher partners.”

As a liaison to the publishing industry, Nichols’ job entails overseeing the weekly Indie Bestseller Lists as well as the Indie Next List in all its forms — the monthly list of adult titles, the quarterly Kids’ Indie Next List, and the biannual reading group lists. He also manages IndieBound’s monthly Red and White Box mailings, which give publishers an opportunity to ship advance reading copies and promotional materials to members at a reasonable price.

Nichols is also responsible for securing publisher sponsorships for the ABA Winter Institute and the ABC Children’s Institute. His extraordinary attention to detail is on display during the events’ very popular Author Receptions, in the Galley Room, and at the Rep Picks sessions. He also coordinates the Indies Choice Book Awards and the Celebration of Bookselling and Author Awards Lunch at BookExpo America.

Nichols began his career as a bookseller, working for 18 years at a number of small indie bookstores in Maine and Connecticut. He then moved to the publishing side of the business for seven years, taking marketing and sales positions at Little, Brown and Chronicle Books. In 2000, Nichols came to ABA to work on Book Sense, the precursor to today’s IndieBound program. He eventually became ABA’s Industry Relations Director, focusing on publisher communication, and for the past six years has been ABA’s Development Officer.

“I love being able to speak both languages,” said Nichols. “I love being able to work with publishers, and also to have immediate interactions with our bookseller members, whether it be through their nominations for the Indie Next Lists or their reactions to the monthly mailings.

“Much of what I do involves sharing good news, so that’s fun. When titles are chosen for the Indie Next List, it’s a very democratic process and it’s solely dependent on bookseller nominations, but being able to share the news with publishers that one of their titles is an indie favorite is a delight. Picking the most apt quote from booksellers’ recommendations for use in the printed flier is also a pleasure. Being able to alert booksellers that their quotes are going to be in print and online sometimes feels like ‘a star is born’ kind of thing.”

Looking back on his 40 years in the fields of bookselling, publishing, and industry development, Nichols said his first love will always be bookselling.

“Whenever I choose to retire from the association, I hope that I can go back and be a frontline bookseller somewhere, because that’s where my love is,” he said.

Membership Program Manager Pete Reynolds has been with ABA for 24 years, having previously worked as a bookseller and manager at two Waldenbooks locations in Westchester County, New York, where ABA has its headquarters.

Reynolds’ job responsibilities include compiling the Indie Bestseller Lists each week, producing the nine regional weekly bestseller lists, and working with Nichols on the Indie Next List nomination process, mostly handling the nominations that come in through Edelweiss.

“It’s good to see the Indie Next List nominations coming in when the books aren’t even released, and then a few months later you’ll see some of these titles pop up on the Indie Bestseller List. That’s always fun to see,” he said.

Reynolds is also responsible for sending the twice-monthly Advance Access newsletter to member stores, as well as keeping publisher records in the ABA Book Buyers Handbook as up-to-date as possible.

In the 20 years since he started at ABA, Reynolds has seen the state of bookselling change in a remarkable way, he said.

“Back in the 1990s, membership numbers were going down; stores were closing. It was a pretty dire time,” Reynolds said. “Today’s resurgence of indie bookselling has been truly gratifying to watch. It seems every day there is something new going on in the industry, and it’s good to see that the indie stores are at the forefront of the whole Shop Local and sales tax initiatives.

“It makes me proud to be working here at ABA on behalf of such a hardworking community of booksellers. It’s kind of humbling but also fun to see independent booksellers be so successful over the past few years,” he said.

Design and Production Manager Linda Ford came to ABA in 1996 as production coordinator for ABA’s then-monthly print magazine American Bookseller and for Bookselling This Week, a weekly tabloid that was mailed out to stores every week.

Nowadays, computer programs such as InDesign and Photoshop help Ford create layouts for ABA’s IndieBound materials — from the weekly Indie Bestseller Lists to the monthly Indie Next Lists — as well as materials for BookExpo America and the Winter Institute.

Prior to joining the ABA staff, Ford worked for a series of small, independent printing companies, where she served as a sort of jack-of-all-trades in a day when printers actually did manual typesetting.

“I communicate with publishers and with TSI to make sure that everything is at the warehouse at the right time and things haven’t gotten switched around,” she said. “A publisher that wants something included in one of the boxes will contact me, and then I reserve space so Mark [Nichols] has some idea of what is going in the boxes that month.”

Ford’s other duties including managing the “Liberation Boxes” that get sent to each new ABA storefront member. The box includes the most recent Indie Next Lists, buttons, bookmarks, and other promotional items from IndieBound.