One thing everyone who is coming to Winter Institute 13 shares is a love for browsing independent bookstores, and there is no shortage in Memphis, Tennessee, and nearby.

One of the country’s oldest independent bookstores is on 936 S. Cooper Street in the Cooper-Young neighborhood of Memphis. Burke’s Book Store first opened its doors in 1875 and stayed in the family for 100 years and three generations.

Today, it’s owned by a new family that also has multiple generations working in the store, which sells new, used, and rare books.

Owners Corey and Cheryl Mesler, who purchased the store in 2000, actually met while working at Burke’s. He was a manager when she started as a bookseller in 1990, after graduating from college. “The owner of the store, the woman we worked for, frowned on employees dating each other, so we hid it for six months,” Cheryl Mesler recalled with a chuckle. 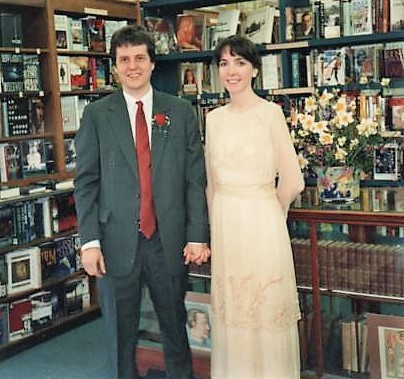 The Meslers at their 1992 wedding reception at Burke's.

The couple were married in 1992 and held their wedding reception right in the bookstore. Today, they have two children, including a 22-year-old daughter named Chloe who works part time at the store.

Ten years ago, Burke’s moved to its present location in a walkable family neighborhood with many restaurants and retail stores that’s seen a revitalization in recent decades. “It’s just fantastic,” Mesler said. “I feel we’re the luckiest people in the world to have our business here.”

Wi13 attendees will be able to look over Burke’s mix of new and used books in a 2,500-square-foot space that’s filled with a plentiful backlist of classics, science fiction, and literature.

“We’re sort of an old-fashioned bookstore,” Mesler said. “There are books piled on the floor and old fixtures. There are bookshelves here from the store downtown in the ’60s. We don’t throw anything away until it breaks. We’re a fairly eclectic little bookstore.”

Burke’s collection of used and rare books is a tradition. “A good bit of what we do are used books and rare books. That was Burke’s bread and butter for a long time,” Mesler said. “I think the used books are more fun because you don’t know what’s going to be on the shelf.” 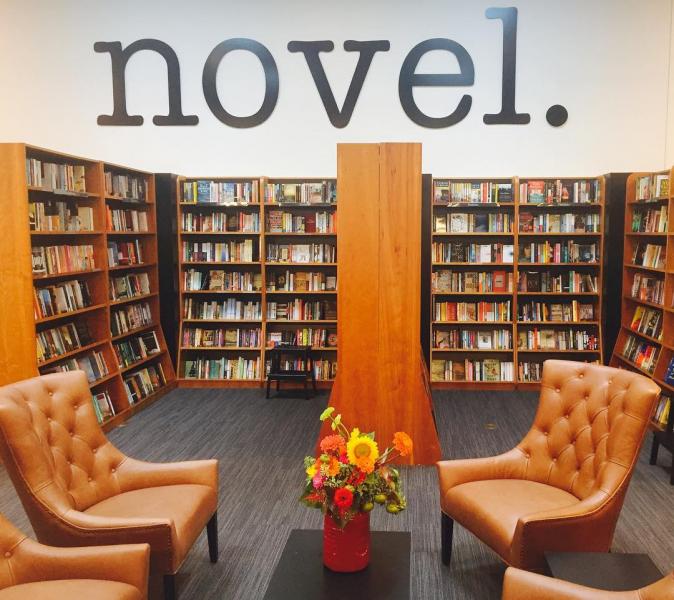 Six miles to the east of Burke’s is Novel, which opened just last summer, though the store has a legacy going back decades.

The story of Novel is one of great pride to booklovers in Memphis because it is a true grassroots effort that sprang up after word came a year ago that the Booksellers at Laurelwood would close. The store’s space in the Laurelwood Shopping Center was too large at 25,000 square feet, and rising rent was making profitability a challenge. The outcry at the news included a petition started by a high school senior that garnered more than 2,600 signatures from people hoping to keep the store open.

A group of investors came together to reimagine what a bookstore in that location could be. Novel opened in August 2017 with 10,000 square feet of bookstore space and about 3,000 square feet for a café called Libro, which features gourmet meals from a locally celebrated chef.

Novel’s manager, Eddie Burton, said 20 of the 24 current employees had worked at the Booksellers at Laurelwood. Burton’s own history began in 1985, when the bookstore was originally known as Davis-Kidd Booksellers.

“These people have been working here anywhere from a year to 30 years,” Burton said. “The staff was a huge component in how we were able to do this as quickly as we did and as successfully as we did.”

There are 27 investors in Novel, Burton said, including Wilson Robbins, a former Booksellers at Laurelwood employee who is now Novel’s children’s book buyer.

Visitors to Novel will notice the bright, open layout, with a popular children’s section in the front of the store. Also in front is a section devoted to local merchandise and local food, such as Charlie Vergos Rendezvous Famous Barbecue Sauce, and, of course, local authors.

“We’ve always had a big local author community here,” Burton said. “Now, we can respond to them more quickly. It feels more locally operated than ever before.” 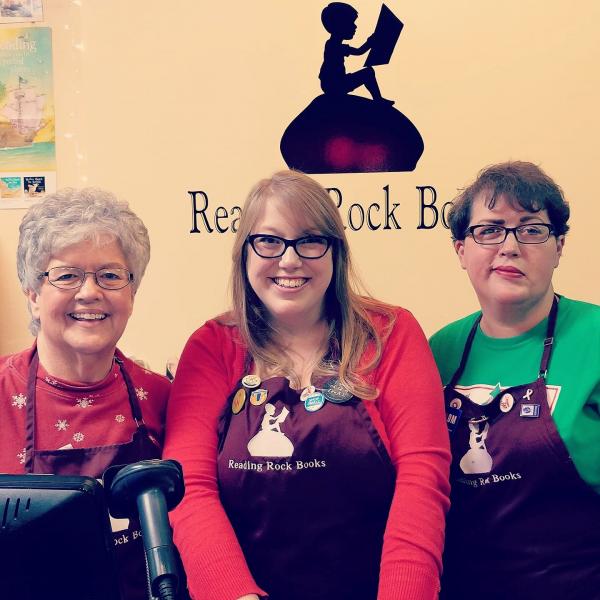 Outside the city of Memphis in the historic downtown of Dickson is Reading Rock Books, owned and operated by sisters Amy Jernigan and Laura Hill.

Visitors to the shop will encounter Hill, who is the day-to-day manager of the store, which will celebrate its 10th anniversary in August.

“We opened a bookstore in 2008, which was a terrible idea, but we’re still here with sales growing 8 to 10 percent a year,” Hill said.

While Dickson has just 15,000 residents, Hill said she has a lot of joy in exposing her customers to a wide array of titles. “I knew who Celeste Ng was before last year,” she said. “I try to find things I know people here will enjoy but won’t know about unless I tell them.”

Bookselling This Week asked local booksellers to share their reading lists for titles with ties to Memphis and the state of Tennessee.