At the 62nd annual National Book Awards ceremony, held yesterday at Cipriani Wall Street in New York City, stories of struggle were honored and the award winners, who included three women of color, gave voice to them. None so eloquently as Nikky Finney, winner of the poetry award for Head Off & Split (TriQuarterly / Northwestern University Press), who spoke of the slave codes of South Carolina, which declared death as the penalty for “circulating any incendiary literature.” But “tonight,” she said, “the forbidden ones are free to move around the room. Some have climbed out of the cold wet Atlantic just to be here. We shiver together.” 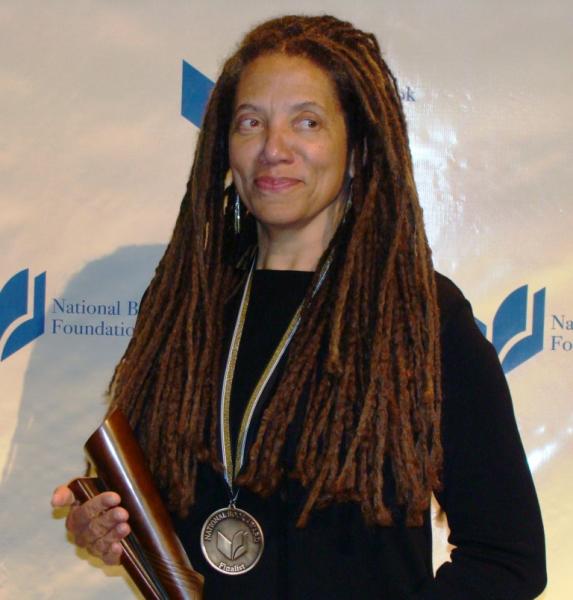 Finney’s powerful statement led emcee John Lithgow to call it “the best acceptance speech for anything I’ve ever heard in my life.” She acknowledged the other finalists and said that to simply be in their company was to “brightly burn.” Later that night, Finney said that she spent most of her time giving readings at indie bookstores and she loved her hometown bookstores of Joseph-Beth and the new Morris Books in Lexington, Kentucky. 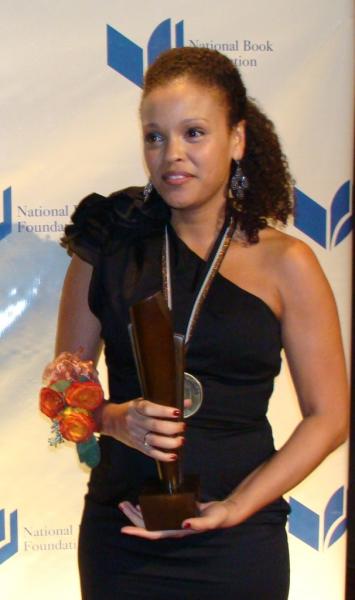 Nonfiction winner Stephen Greenblatt (The Swerve: How the World Became Modern, W.W. Norton) said he was deeply moved by “the power of book to cross boundaries and speak to you, impossibly across space, and time, and distance….” After the ceremony, Greenblatt told BTW, “I’m an enormous supporter of independent bookstores. Without them, we would be nowhere.”

Young People’s Literature winner Thanhha Lai, whose Inside Out and Back Again, (Harper) chronicles the experience of a Vietnamese family living in Alabama, said the award was “more than I ever could have expected for telling a little story about a time in my life.”

The evening’s ceremony began, however, with the presentation of the Foundation’s Literarian Award for Outstanding Contribution to the American Literary Community to Books & Books owner Mitchell Kaplan, co-founder of the Miami Book Fair International and a past president of the American Booksellers Association, and the Medal for Distinguished Contribution to American Letters to poet John Ashbery.

Walter Mosley introduced Kaplan and called him “our hero” for not only “fostering great writing and a high literary standard,” but because of his more than 30 years of exemplary bookselling. In Kaplan’s career, Mosley said, “We see promise. We see that what we love and live by and live for has potential and the ability to survive and thrive.” 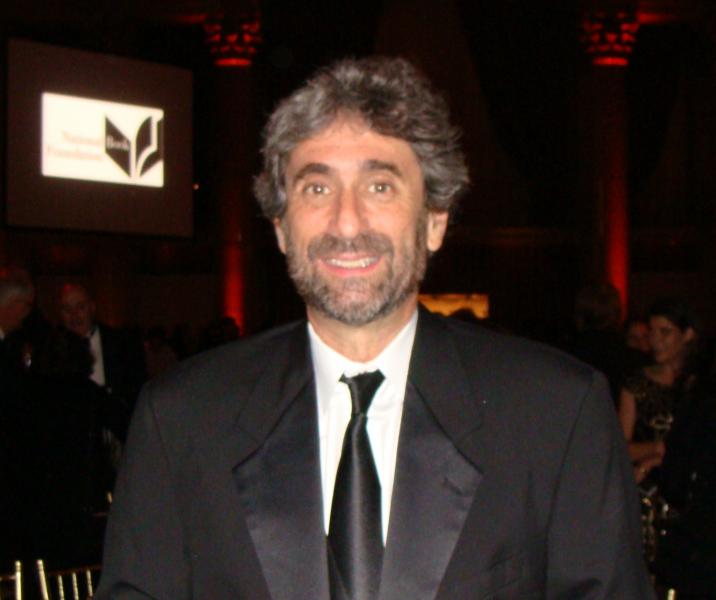 After Kaplan thanked the National Book Foundation, his family, and the entire Books & Books family, he said, “I also stand shoulder to shoulder with booksellers everywhere who are doing the same kind of work I am in their own communities across this country.”

Kaplan recounted the birth of Books & Books almost 30 years ago, during the “golden age” of bookselling, when “English majors and law school drop outs, like me, all over the country, were opening stores in cities and towns everywhere.” About the same time, Kaplan co-founded the Miami Book Fair International, which he said brought authors like James Baldwin, Amiri Baraka, Allen Ginsberg, and many more to “whole families… black, white, brown — from every nook of Miami’s diverse landscape.”

Kaplan told the audience of nearly 1,000 publishers and writers, “I firmly believe that even with all the upheaval we find in our industry today, there is room for optimism…. [S]pringing up everywhere are new bookstores, owned and operated by younger booksellers who have that passion for the word, that desire to serve as that link from writer to reader, all the while creating those places, real places, that are so necessary if we are to continue valuing and nurturing that sense of community that is so vital in the life of a culture.”

Looking ahead to the future of bookselling, Kaplan said, “I have a real hope that 30 years from now, a once young bookseller will come before you again, thanking you for acknowledging the work he or she has been doing to keep this very fragile literary ecology of ours in balance.