“I felt like a close friend rather than an impersonal audience,” said Demi Marshall of Park Road Books in Charlotte, North Carolina. “Cumming’s early life was a struggle and he hardly shies from relating details, but the driving force behind this book is the demonstration of the many ways one can bring oneself to peace after hardship.”

Bookselling This Week: Throughout your life, you have played a cast of characters on stage and on screen. But in Not My Father’s Son, you present yourself, unmasked and honest. What was the experience of writing a memoir like for you? 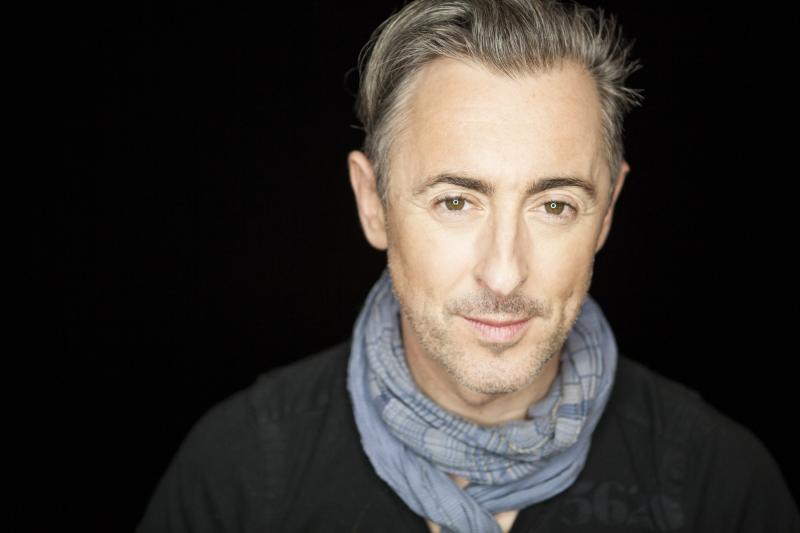 Well, I would hope that in all aspects of my work I am honest! And as I’ve grown older, I have realized that acting is more about letting yourself come through — that I’m putting layers of a character on top of myself. But, obviously, writing this book was done in the knowledge I would be revealing more about myself than anyone has ever known, so it was rather daunting. It took a couple of years so I had some time to get used to it, but in the run-up to its publication I felt very anxious about making myself so open and vulnerable, and also making my brother and mum join me in that state. However, the reaction to the book and the way that it has helped so many people, including ourselves, has been well worth it.

BTW: In Not My Father’s Son, you share stories of your often painful childhood and some very emotional moments as an adult, but also some bright spots of warmth and love. Why did you decide to tell your story, and how do you hope that your memoir connects with readers?

I decided to tell it because a crazy series of events involving my family occurred in the summer of 2010 and I couldn’t stop talking about it. In a way, the book is a way of expunging and also placing my past and giving it weight. I hope that people will come away from it both shocked and uplifted, and that they will have a more holistic view of the man that I have become.

BTW: For the filming of Who Do You Think You Are? you traveled the globe, from England to Malaysia, to learn about your grandfather, Tommy Darling. In what ways has discovering your family’s history changed your perception of yourself and of your relatives?

I learned a lot about myself from getting to know about my grandfather. I actually think we’re quite similar and that makes sense of why my granny was so encouraging to me. In a way, perhaps, I reminded her of her husband most of all, though I learned how painful and destructive it is for a family to have secrets.

BTW: Do you feel that your childhood struggles helped shape who you are today?

I believe everything about us, every experience we have had, brings us to the place we are in the present. And if you’re happy with where you are in the present, you cannot regret even the horrible things as they have formed you.