A Q&A With Anthony Doerr, Author of May’s #1 Indie Next List Pick 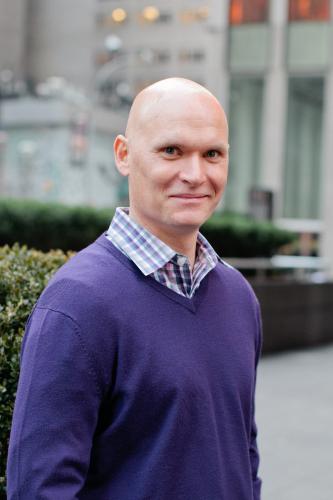 Anthony Doerr’s most recent title, All The Light We Cannot See (Simon & Schuster), has been chosen as the #1 Indie Next List title for May by booksellers across the country, who praised the book for its gorgeous physical detail and its epic, intertwining tale of two young people during World War II.

Set in France and Germany in the 1940s, the book centers on Marie-Laure, a blind French girl who lives within walking distance of the Museum of Natural History, and Werner, a German orphan who is enchanted by the inner-workings of a radio he has found.

Marie-Laure is forced to flee from Paris to San-Malo, where the military eventually takes Werner and the two characters’ stories converge.

Prior to All the Light We Cannot See, Doerr published four books: The Shell Collector, About Grace, Memory Wall, and Four Seasons in Rome. He is the recipient of four O. Henry Prizes, the Story Prize, the New York Public Library’s Young Lions Fiction Award, a Guggenheim Fellowship, and other honors.

Doerr recently spoke to Bookselling This Week about the often painstaking process of writing his latest novel, which has been 10 years in the making. 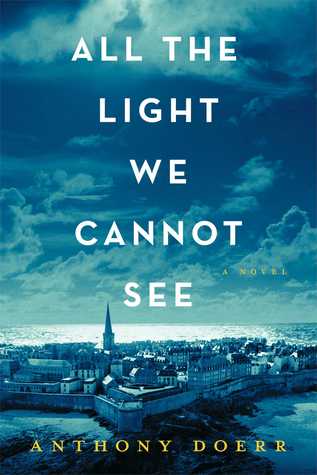 BTW: Did you originally set out to write a book about World War II? What drew you to this period, and what did your research entail?

AD: No, I had this idea that I wanted to tell this story about radio. To kind of refresh or de-familiarize the way we take it for granted. The real germ of the story happened more than 10 years ago now, when I was on a train to Penn Station, and we were going underground. The guy in front of me was on a phone call, talking about the Matrix sequel. I’ll never forget it. He got cut out, and he got physically angry — embarrassingly angry from my point of view, punching his phone and stuff.

I had just finished a novel, and I was looking for a new project. I kept thinking that he had forgotten — or we’ve all forgotten — what a beautiful miracle it is to be able to hear the voice of a stranger in this little device that you can shove in your pocket.

So I started, for a full year, a story about a trapped boy and a girl reading a story to him over the radio. I didn’t know what story it was or the circumstances of the entrapment. It wasn’t until I went to France on book tour a year later that I learned about the town San-Malo. And I thought World War II could be the circumstances of this boy’s entrapment, and it could also be a way to set the book in a time when radio meant a lot.

It was scary though, because there are so many books written about World War II and so many clichés built into it. I thought, it’s impossible to claim authority over the gorgeous memoirs that had been written. So I knew I had to make it a little more mythical and make it more a product of the imagination as much as of research.

In terms of research, for me, it was going there, of course. And reading pretty much anything written before 1940 can help harvest details about things, like how they kept food cold, what a drugstore looked like, and whether there was public schooling for a blind girl. It was challenging because most of my work has been set in a place that I had lived in or been to and I could imagine what it looked like. I did a lot more looking at photographs and reading for this book.

BTW: In addition to the war and the radio, the Sea of Flames, a potentially cursed diamond, has a hand in connecting the two main characters’ stories. What inspired you to add a mythical gemstone to a World War II story?

AD: When I was in Paris reading about the invasion of 1940, most of the stuff you find is about the evacuation of cultural treasures — taking paintings and things out of the Louvre. My interest was what was in the Natural History Museum, with all of those valuables that are often too heavy to move.

I read about this amethyst kept at The British Museum, which was a supposedly cursed gemstone called the Delhi Sapphire. There are all kinds of fables about it being cursed and returned to its owner after he threw it into the Thames. And some people today are still convinced of this curse.

So I invented the Sea of Flames, and I worried it might be a little obvious as a narrative vehicle in the book, but I also thought it would be interesting to give it to a blind girl — someone who might be immune to its visual charms. I’m always interested in how I behave around little valuable things. What is it about us that covets these things, finds beauty in them? And isn’t it arbitrary that we decided diamonds are so valuable in the first place?

BTW: I think a lot of readers are curious about the physical process of writing this complex story: specifically, how you were able to maintain a non-linear timeline and switch back and forth between perspectives while maintaining symmetry between the two main characters’ stories.

AD: Thousands and thousands of hours of work is all I can say. It took me years. There are 187 chapters in the book. I wrote them all on color-coded note cards and laid them out on the floor. It was a puzzle that almost drove me crazy. In many ways I felt like I was writing two novels and trying to braid them together. All along I felt a lot of anxiety, knowing that I was going to have to ask a reader to wait 400 pages to see how the stories intersect.

There were times when there was more going on in Werner’s life than Marie-Laure’s, or vice-versa. I tried to give myself permission to not be wedded to the symmetry and have faith that a reader would stay interested.

BTW: This is the second story of yours to include a main character that is blind. What about blindness do you think makes for an interesting character, and what effect does it have on your writing?

AD: I have been asked this before, and I don’t really have a good answer. It’s one of those things I’m drawn to and can’t necessarily identify why.

I feel that my prose often relies too heavily on visual elements, and this is one way for me to make prose that relies on all the other senses. Supposedly these bombardments, during the siege in Normandy and Germany, were incredibly loud — almost kind of an aural weapon as much as a physical one. So thinking about how vulnerable Marie-Laure would be during that siege, especially without her great-uncle there, I thought it would be powerful to render the bombings as a weapon in terms of noise.

Also, I think it de-familiarizes the act of reading. I almost feel too deluged with books, things to read on the Internet, tons of magazines being delivered to my house. It was refreshing, in a way, to send Marie-Laure to a time when books were a little more rare and Braille books were ruinously expensive. She is very fortunate to have a few books, and they have a lot of power for her. When she gets the second volume of Twenty Thousand Leagues Under the Sea, it’s her only vehicle of escape and she has to read it with her fingers, so I think it takes on more power in that way.

BTW: Marie-Laure’s Braille edition of Twenty Thousand Leagues Under the Sea and her yearning to explore the natural world and Werner’s mechanical mind and fascination with electricity add an element of science to an otherwise literary, mythical, and historical story. What was your intention in giving your characters these interests?

AD: Well, the easy answer is that those are my interests. My mom was a science teacher. I grew up with a lot of books in the house, but also I didn’t think it was strange to read Darwin when I was 12 years old, and Annie Dillard. I knew all the players on the Cleveland Browns football team, but I also read Darwin. For me, science is a host of ways to investigate the world. I think the best scientists are comfortable working with uncertainty and that seems to me like a very, very similar job description for a novelist — operating in the unknown.

I always felt like it was artificial on a college campus to put the science building one mile away from the literature building. I wanted to major in both and tried to figure out a way my whole life to do that.

BTW: Independent booksellers across the country have been praising this book every chance they get. Harriet Logan of Loganberry Books said that All The Light We Cannot See “brings alive the beauty of two souls, their quest for learning, the turbulent times they cannot control, and the rock that mysteriously guides their fate.” How have indie booksellers played a role in your life — past or present?

AD: There are so many different ways I can answer that. In terms of a career, I wouldn’t have one if it weren’t for independent booksellers — especially as a literary writer who came up writing short stories. The only way readers found my book is if I was lucky enough to have a bookseller spend time with one of my earlier books and like it enough to pass it on to somebody.

From a writing and reading standpoint — especially when I’m between projects — bookstores and libraries are havens for me. When I’m in the middle of a project, I usually know what book I want to read next. But between projects, you can go into a bookstore and just open your mind. You can see what a bookseller recommends, or see what you can find on the shelf and then talk about it. These are ways to cultivate your own curiosity that you can’t really find on the Web. That’s the best part of my life right now, that I’m done with this big project and get to expand my reading.