A Q&A With Author Linda Kass, Owner of Gramercy Books

Linda Kass, owner of Gramercy Books in Bexley, Ohio, will release her second novel, A Ritchie Boy, on September 1 (She Writes Press). A novel-in-stories, A Ritchie Boy is the tale of one young immigrant’s triumph over adversity as he journeys from Europe to America. 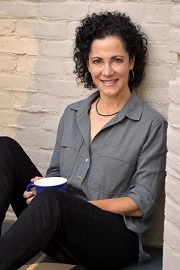 Here, Bookselling This Week talks with Kass about writing and bookselling.

Linda Kass: As a first-generation Jewish American whose parents escaped Nazi-controlled Europe during the Holocaust, I have always been aware of the extraordinary circumstances that were part of each of my parents’ early lives. In 1938, at the age of 15, my dad and his parents barely escaped from Vienna and he later returned to the theater of war as an intelligence officer in the U.S. Army. My mom came from a tiny village in eastern Poland and hid in an underground bunker for a year during the height of the war before she arrived in this country at the age of 24.

I knew my parents and grandparents were driven from their homeland because of religious persecution. It made me more conscious of how easily the hatred toward people less understood can spread. As a society, we cannot remain isolated from and uneducated about those unlike ourselves or we risk misunderstanding those with different beliefs and cultures. So, I deeply value community and dialogue and education, due to having persecution so close. My parents’ experiences also made me value our histories, our stories, and the importance of remembrance. There were many heroes who saved people like my parents, despite the anti-Semitism around them. Knowing about these heroes has instilled in me a gratitude for those who have the courage to stand up for what they believe.

As my mom and dad got older (they lived into their 90s and recently passed away), their stories became even more precious to me. I realized that each of my parents had been a witness to a piece of history that would disappear unless their unique and human stories were retold. I came to the page with gnawing questions about their individual journeys to America, about how they survived emotionally, and what gave them their determination to begin again in a new culture.

BTW: When did you first begin writing? 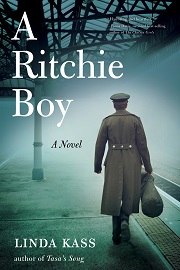 LK: Writing is something I’ve always done in many forms throughout my life. While still in graduate school at Ohio State working on my master’s in journalism, I had my first feature story published for the city magazine, Columbus Monthly — it was a cover story and it launched my writing career. After writing a few other lengthy, investigative features for the magazine, then graduating and moving to Detroit, I became a correspondent for regional and national publications like TIME and Detroit Free Press. My writing through the years includes features, essays, blogs, book reviews, short stories, and video scripts. I had a nonfiction book published in 1992. I began writing fiction in 2008, with my first novel published in 2016.

BTW: Why did you open Gramercy Books?

LK: I’ve been a reader all my life and have always retained that sense of place and belonging when entering a library or a store filled with books. For personal enjoyment, I’ve visited countless independent bookstores for decades during my travel across the country as an adult. The dream of opening a bookstore was probably first born after visiting Sundog Books in the Florida Panhandle in 1996, an area my family still visits today. I’ve gotten to know the owners, Linda and Bob White. Fast forward: in 2014, ground floor retail space in a new condo build became available in the heart of my community, a first ring suburb of Columbus called Bexley. The location was perfect, right on Main Street, across from a beloved library, adjacent to a small private university, in a community whose last neighborhood bookstore closed in the late 1970s. It is also close to the International airport and to The Ohio State University, so many elements were in place to make this a successful operation among several other wonderful bookstores in the Columbus area. And Bexley is my hometown. I know my community and I knew it would love to have its own independent bookstore.

So, from that moment on, all I saw for this space was a curated independent bookstore (and a café right next to it), one that would be a gathering place in the community and unique to the central Ohio area. Besides being a booklover and writer, I had nine years under my belt heading up a community author series and I was eager to use that experience to connect people to books. The location, the timing, and the opportunity allowed me to act on this. After several years of planning and research, Gramercy Books opened on December 12, 2016.

BTW: Can you speak to the importance of independent bookstores?

LK: “When there are many worlds, you can choose the one you walk into each day.” These words from Jacqueline Woodson’s extraordinary memoir-in-verse, Brown Girl Dreaming, are displayed across a large ceiling soffit that connects the adult book section with the children’s section at Gramercy Books.

Independent bookstores are connectors. They connect people to many worlds, to discover people and places we’d never know otherwise. They also connect readers to other readers, and to writers and poets. They provide people with a peaceful place to browse, a place for conversation, a refuge offering comfort and inspiration. Indie bookstores are where we find community.

And, don’t forget, a neighborhood bookstore creates jobs and contributes to the tax base. Children learn and play within our whimsical children’s section. Gramercy Books has a beloved store mascot, Wally, a mini labradoodle, like many indies who have all kinds of animal friends to greet their customers. Indie bookstores regularly host author events for readings and conversations. At Gramercy, we also host a monthly facilitated book club. In this time of COVID, we now host our programs virtually — all live streamed on a Zoom platform — since we can’t gather in person.

Bookstores build a more compassionate and aware citizenry. Books allow us the hope of living in a world of shared humanity, as we become closer to those unlike us who we meet in books. Plain and simple, indie bookstores are the heart of their neighborhoods.