A Q&A With Colson Whitehead, Author of August’s #1 Indie Next List Pick 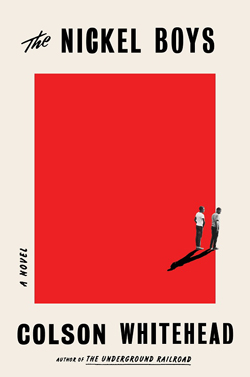 Booksellers across the country have chosen The Nickel Boys, the new novel by The Underground Railroad author Colson Whitehead (Doubleday), as their number-one pick for the August 2019 Indie Next List.

In The Nickel Boys, Whitehead tells the tale of two African American teens who are sentenced to an abusive reform school in Jim Crow-era Florida, which the author based on a real reform school in the state. It is the story of how what these boys endure at the Nickel Academy, where the staff regularly beats and sexually abuses the students and corrupt officials steal the school’s food and supplies, ends up shaping the rest of their lives.

“With every book, Colson Whitehead proves his ever-growing genius. He’s a master of the written word and truly one of the greatest living American novelists of our time,” said Michelle Malonzo of Changing Hands in Tempe, Arizona. “I didn’t think it was possible for him to write something better than The Underground Railroad, but he most certainly has — The Nickel Boys grabbed me at page one. It’s a mystery and a thriller, a treatise on race and social injustice, and a literary masterpiece all rolled into one. Elwood and Turner are characters that will stay with me forever. This should be mandatory reading in every classroom.”

Whitehead is the author of nine books of fiction and nonfiction, including his 2016 number-one New York Times bestseller The Underground Railroad, for which he won the Pulitzer Prize and the National Book Award. A recipient of MacArthur and Guggenheim Fellowships, he lives in New York City.

Here, Whitehead and Bookselling This Week discuss his second consecutive historical novel, which Time magazine calls “a book that will further cement his place in the pantheon of influential American writers.”

Bookselling This Week: How did you come up with the idea for this book? In the acknowledgements, you write that the Nickel Academy was based on a real juvenile institution, the Florida Industrial School for Boys, also called the Arthur G. Dozier School for Boys. 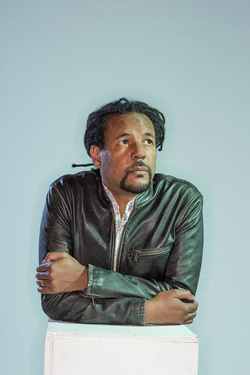 Colson Whitehead: Yes, so I was goofing around on Twitter as I often do, and someone retweeted a news report. It was the summer of 2014 — the Dozier School had been closed for a couple of years and they were excavating the site so they could sell it, and they found some unmarked graves of dozens of students. It was a terrible story: there were stories of physical and sexual abuse, and the bodies they found had evidence of blunt trauma to the skulls and some of them had shotgun pellets in their rib cages. It just seemed like, if there’s one place like this, there’s many. It was also a story that hadn’t been told, especially in those first accounts that came across — the survivors were all white and the majority of the students were African American — so I wondered what was happening on the Northern, colored part of campus.

BTW: How did you conduct the research for this book? Did you do interviews, read books? Did you visit the school?

CW: There are a few memoirs of people’s time there. The White House Boys is a survivors group, and on their website they post some first-hand accounts, and there is a lot of newspaper reportage, particularly in the Tampa Bay Times from a guy named Ben Montgomery.

I wanted to go to the school; I like doing research, you know, getting out of the house, so I can earn my real writer badge, but in this case, the more I worked on the book and the more I got into Elwood and Turner’s story, the more depressed and angry I got, and I decided not to go just because it made me feel too terrible. And if I ever go, it will just be with a bulldozer and some dynamite, I think.

BTW: The characters of Elwood and Turner are different in how they think about and experience what is happening to them. Turner has a more cynical view of humanity’s inherent nature, whereas Elwood is more idealistic and believes in the teachings of Martin Luther King and passive resistance. Do you find yourself coming down on either side of the idealism or cynicism debate, or is this more an argument you continue to explore in your life and your writing?

CW: I think a lot of us have this sort of argument; there is the evidence that the world is terrible and we do terrible things to each other, but also we have to have hope that things can get better, that the next generation will inherit a better world. It’s a very vexing problem and I don’t really come down on either side, personally. The book speaks for itself in terms of its own point of view, but personally, yes, I find myself at a loss often when I look at the news. I read about global warming, or the rise of right-wing governments, or unarmed black men being shot in the back by white policemen, so I would say the struggle continues.

BTW: Another idea you explored in the book was that of lingering trauma, and how the boys’ past abuse at Nickel affected their lives going forward. What do you think about the parallel with what is going on now in the U.S., with the separation of migrant families at the Mexican border and its long-lasting psychological effect on children?

CW: The incarceration camps at the border were not being reported on while I was writing the book, but what struck me about the story of the Dozier School was, obviously, if there is one place like this there are many. In Ireland, there was a home for unwed mothers where about two years ago they discovered a bunch of graves of children who had been killed or died under mysterious circumstances. I was just in Canada and they were talking about the residential schools; the government took indigenous children away from their families to instruct them in white culture and the same kind of abuse that happened at Dozier happened there. The simple fact is that the powerful prey upon the weak and are rarely held accountable; the connection to what is happening now at the border is sort of obvious, and it’s happening all the time everywhere.

BTW: The Underground Railroad had some elements of magical realism. What made you want to be more realistic and true-to-life in this book?

BTW: Are you looking forward to visiting some independent bookstores on your tour for The Nickel Boys?

CW: Yes, I’ll be going to some smaller indie stores, some bigger stores, and small stores that are hosting off-site events. My first book was about elevator inspectors, and who is going to support a debut novel by some weird black guy about elevator inspectors? And the answer is independent bookstores. They’ve always been supportive of my books no matter how oddball they sounded, and so I cherish their early endorsement and support. They have continued to hand-sell my books and be very supportive throughout the last 20 years, so I’m really grateful and glad that we’re in a good moment now for independent bookstores. I think they’re really thriving and it’s lovely to be able to go back to a place I went years ago and to go to new stores that have come up in the last couple years. I’m always glad to hit the road because I get to see a lot of new and familiar faces and people who have been very kind over the years.

BTW: Is there something you’re working on now or thinking about getting started, and if so, can you tell readers anything about it?

CW: I usually take more time off between books, but in this case I had set aside a crime novel set in Harlem in the ’60s to work on The Nickel Boys, so I got back to it really quickly because I had done a lot of work on it. I wrote a third of it in the winter and spring, and I’ll go back to it come Halloween, when I’m done traveling.