A Q&A With Louise Erdrich, Author of the December #1 Indie Next List Pick 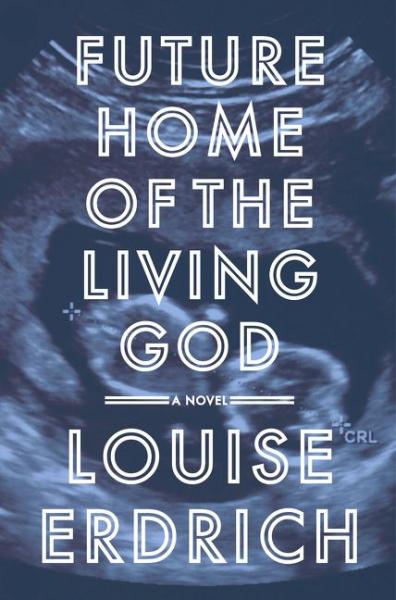 Erdrich’s latest novel is a departure for the author, as she delves into a new genre: speculative fiction. In the midst of a cataclysmic crisis, the seeming reversal of evolution is affecting all life on Earth, and women are giving birth to babies that appear to belong to be a primitive human species. In Minnesota, 26-year-old adopted writer Cedar Hawk Songmaker is four months pregnant when she decides to seek out her birth mother, an Ojibwe living on the reservation. It is not long before she is on the run, as Congress begins imprisoning pregnant women and religious extremists infiltrate the government.

“Powerful, prophetic, and absolutely pertinent to our times, Louise Erdrich’s new novel, Future Home of the Living God, is a horrifying, haunting story about the lengths the government will go to control women’s reproductive rights and ensure the success of mankind as we know it,” said Kristin Bates, a bookseller at McLean & Eakin Booksellers in Petoskey, Michigan. “Riveting, repulsive, and revealing at the same time, Erdrich captures the essence of Margaret Atwood’s The Handmaid’s Tale and spins a new twist sure to tantalize and terrorize readers’ thoughts and play on their fears. Once again, Erdrich challenges societal constraints and conceives a novel guaranteed to leave you guessing. I highly recommend it!” 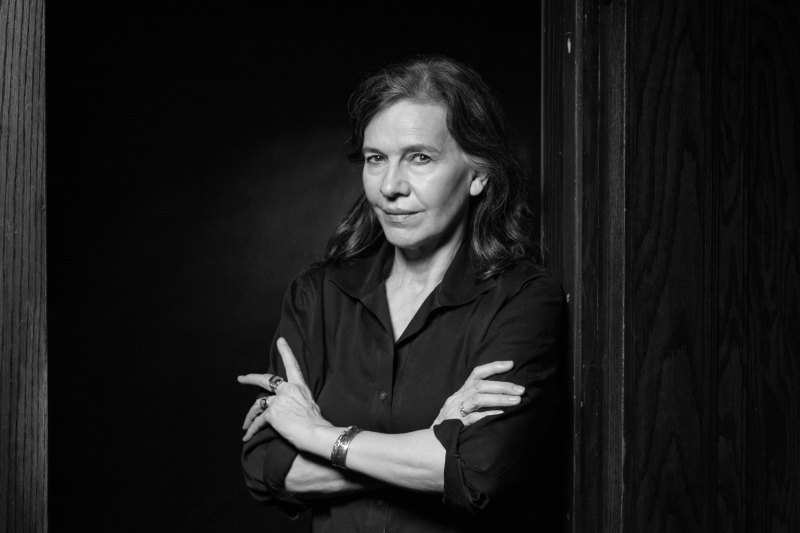 Erdrich is the author of 16 novels as well as poetry, children’s books, short stories, and a memoir. Her novel The Round House won the National Book Award for Fiction. The Plague of Doves won the Anisfield-Wolf Book Award and was a finalist for the Pulitzer Prize. Her debut, Love Medicine, as well as her last novel, LaRose, both won the National Book Critics Circle Award for Fiction.

Erdrich, whom booksellers chose as their 2017 Indie Champion, lives in Minnesota with her daughters and is the owner of Birchbark Books, an independent bookstore specializing in Native American books and arts. In addition to Future Home of the Living God, three of her novels — LaRose, The Round House, and Shadow Tag — have appeared on previous Indie Next Lists.

In an interview with Bookselling This Week, Erdrich talks about the book’s origin in the early 2000s, the idea of writing as a means of survival, and her new novel-in-progress to be set at Birchbark Books.

Bookselling This Week: How do you feel now that indie booksellers have chosen Future Home of the Living God as the number-one Indie Next List pick for December?

And I am highly honored.

LE: The idea for this book has been with me for a long time — and, to be honest, when I started the book it was an experiment. I was not intent on publishing it so much as writing something that pulled me along the way the science fiction novels I first read pulled me into them. Yet the science quickly became secondary. The story took off. I began to really enjoy writing some of the minor characters, like Eddy and his 3,000-plus page memoir, and also I decided to see if I could write suspense.

BTW: Your new novel deals with the concept of government overreach when it comes to women’s reproductive agency as well as the ongoing degradation of the natural world. What were the modern-day parallels on your mind during this writing?

LE: When I began the book in 2002, it was with a sense of outrage that women’s reproductive rights were under siege. Fifteen years later, we have actually lost ground. Women’s rights are also men’s rights, of course. So there has been a tremendous erosion of human choice. It is nearly impossible to obtain an abortion in some states, and our vice president has tried to make abortion illegal even in cases of rape or incest. I decided to finish the book after the last election, but most of it was written on and off in the years between 2002 and now.

Writing this book felt so strangely relevant that I couldn’t stop. And this surprised me. As I said, I wasn’t sure that I would ever publish it. Perhaps I would not have done so had Hillary [Clinton] won. Now every day is so chaotic that we can hardly stop to think.

When we do think, we realize that we are in a vertiginous moment in time. Our world is heating up faster than anyone predicted. That’s crucial, and terrifying, so we have to act.

BTW: Cedar and her stepfather, Eddy, both use writing as a way to try to make sense of what is happening. Why do these characters turn to writing as a mode of survival?

LE: Art is in so many ways about surviving as human beings who create the strange, the evocative, the beautiful, and the fearful. Writing is the way I live and I can’t imagine what my world would be like without it — I would have to make something else. My mother is an artist and constantly made things. She had seven children in 10 years, so I grew up with her as an example of a person who could make art under almost any condition.

BTW: Can you give readers an idea of what you are working on next?

LE: I am working on a mystery set in my bookstore, Birchbark Books. My greatest difficulty is that all of the characters I write about will have to be as wonderful as my colleagues who actually work in the bookstore. And that is impossible.