A Q&A with Malcolm Brooks, Author of the #1 August Indie Next List Pick, Painted Horses 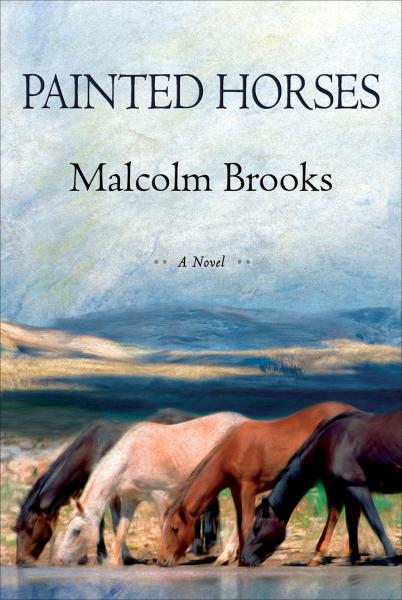 Independent booksellers have named Painted Horses by Malcolm Brooks the #1 Indie Next List Pick for August and selected it as an Indies Introduce Debut Authors pick for the Summer/Fall season.

In Painted Horses, aspiring archaeologist Catherine Lemay ventures out to Montana to explore a canyon that may have served as a sacred place for early Native Americans. Lemay is assigned by her employer, whose interest lies in flooding the canyon to build an electric dam, to prove that nothing of value will be lost during the project. Coming from the East Coast, Lemay finds herself in awe of the vastly different ways of the 1950s American West.

Brooks has lived in Montana since 1995 and works both as a carpenter and as a writer and technical advisor on outdoor TV shows in addition to pursuing interests that include writing and reading, hunting, gardening, and cooking. His essays have appeared in publications including Big Sky Journal, Montana Quarterly, and Outside. Painted Horses is his first novel.

Bookselling This Week: You have a deep understanding of archaeology and the history of ancient cultures, including the Native Americans in the United States, the ancient Romans of London, and those who decorated Chauvet Cave in southern France. How did you get interested in archaeology, and what inspired you to shape Painted Horses around it? 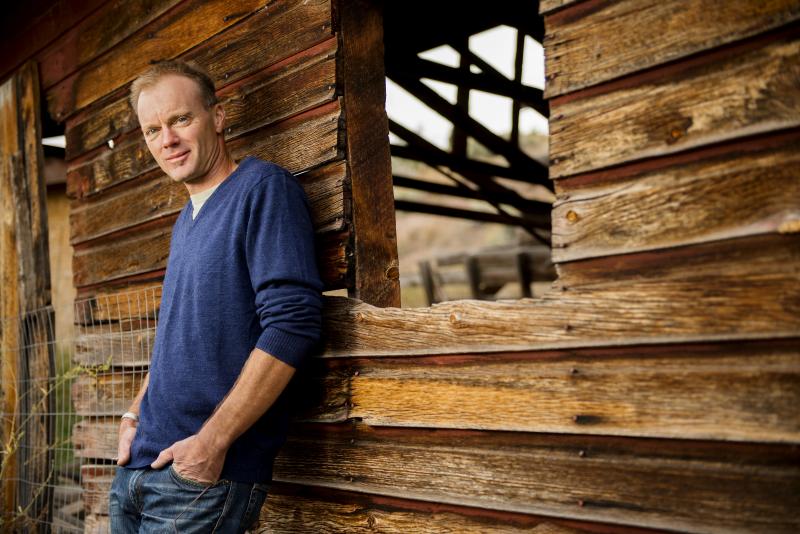 Malcolm Brooks: I was interested in history from as early as I can remember. The house I lived in from age four to 10, in Harrisonville, New Jersey, had a 19th-century headstone in the backyard, and an equally old cemetery behind the church down the street. I remember being endlessly curious about who those people were, what their lives had been like. Then we moved to El Dorado County, California, the cradle of Gold Rush history, and the mining implements, crumbling stone buildings, and ghost towns pretty much sealed the deal. When I started thinking about the novel that would become Painted Horses, I realized fairly early that archaeology could provide the stitching to hold all these other seemingly disparate threads together.

BTW: Painted Horses looks at the impermanent, vanishing history of our country, particularly the “sacred” places and artifacts that have existed since well before our time. How do you, personally, reconcile the importance of the world’s history and sacred sites with the progress of humankind?

MB: In a way, archaeology is the study of the human experience across time, and social and cultural and technological evolution—progress, if you will. I myself would never want to give up the embarrassment of riches of our own era—everything from hot running water to jet air travel to iPods to antibiotics. But at the same time, I try to be conscious of the fact that none of this springs out of a vacuum, and there’s no free lunch—in the modern era especially, we’re entirely capable of bartering irreplaceable cultural or even spiritual features for comfort and security and convenience. In my hometown in Northern California, for instance, the powers that be once razed what had been an original Pony Express station to put in a parking lot. It’s a constant push and pull, but definitely a conversation worth having, over and over again.

BTW: The characters in Painted Horses are incredibly varied: Catherine is a young, naïve East Coaster, John H is a hardened cowboy, and Miriam is part of the Crow Nation. How did you develop the cast of characters and come to understand and write their lives so thoroughly?

MB: Mostly by thinking long and hard about them before I ever launched into the actual story, by creating backstories for them, snippets of dialogue and phrasing specific to each individual persona. Also, frankly, by ransacking the biographies of people I actually know, by modeling Catherine or Mr. Caldwell [the gas station attendant who welcomes Lemay to Montana] or [blacksmith] Yakima McKee on actual people, or actual personality types at least, with actual histories and experiences.

BTW: John H and Jack Allen are born horsemen, John having been raised on a ranch housing racehorses and Jack spending his days wrangling wild horses in the desert. What drew you to write about horse and cowboy culture in Painted Horses, and how did you learn about it?

MB: I grew up around horses and rural settings, farms and ranches, and apparently had an interest in horses since before I could really talk—my mother used to set me on a hobby horse in front of the stereo, and the family legend is that I’d ride along to The Doors or The Beatles until I wore the springs out. Later I was pretty restricted in what I was allowed to watch on television, so innocuous ’50s-era Westerns were pretty much my approved go-to entertainment. I was really drawn to the romance of the West, and myth of the frontier, from a very young age.

BTW: Painted Horses dives deep into the world of the West, in addition to London after the Blitz and France and Italy during World War II. How did you prepare to write so extensively about these areas of the world’s history?

MB: Mostly just by applying my own longtime interests to the story I wanted to tell. History and archaeology are again the twin forks of all these seemingly distinct settings and scenes, and I’d already read fairly widely in a lot of these areas just as a matter of my own curiosity. And I’m good at research, and detail, once a subject’s got its hooks into me—in a way, I threw a bunch of my own obsessions into a blender at the outset, just to see what sort of concoction I could make from this specific batch of ingredients. Fortunately, they all wound up melding pretty well together.